Installed by Steelhead Communications out of Buckley, Washington, the new 82-foot cellphone tower is owned by Verizon. It will link to Verizon’s current tower on Monroe Street through fiber optic cable.

Since the tower lies on City of Powell … 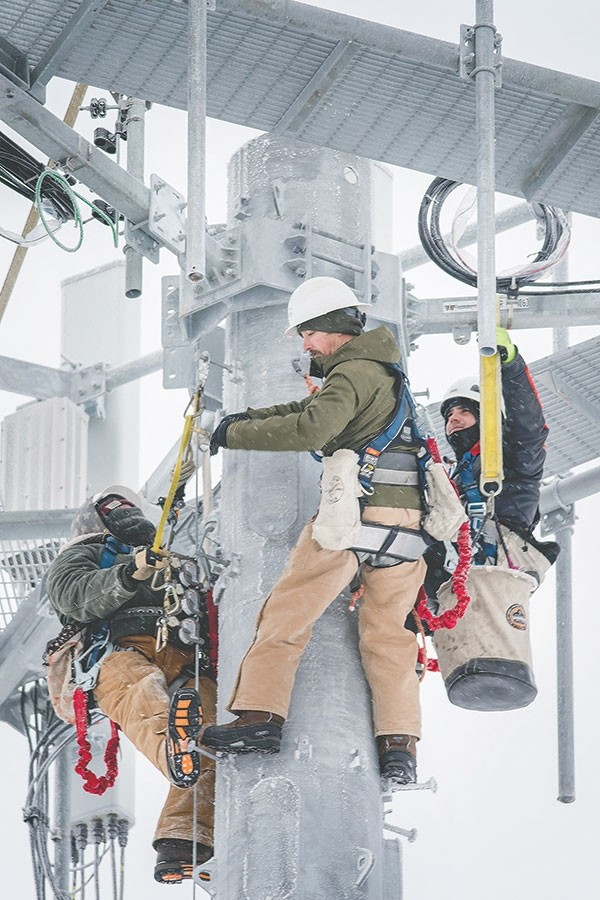 Motorists traveling on Panther Boulevard may have noticed a towering new structure near the Homesteader Park softball fields.

Installed by Steelhead Communications out of Buckley, Washington, the new 82-foot cellphone tower is owned by Verizon. It will link to Verizon’s current tower on Monroe Street through fiber optic cable.

Since the tower lies on City of Powell property, Verizon had to work out a deal with the city before starting construction.

Verizon signed a five-year lease that started on March 1, 2017. In exchange for being allowed to build on and use the 1,236 square foot parcel of property — plus a 321 square foot access and utility easement — Verizon agreed to pay the city $13,200 a year. That’s being paid in equal monthly installments due on the first day of the month; the fee is set to rise by 2.75 percent each year.

The agreement will automatically be extended for four additional five-year terms, unless Verizon decides to terminate the lease at the end of the then-current term.

Meagan Dorsch, who works in corporate communications for Verizon Wireless, said an increase in subscribers, coupled with users relying on their cellphones for more things, necessitated a need for another tower in the area.

“Bottom line, it’s just capacity,” Dorsch said. “It’s a way to ensure the network is reliable for all customers in the area. These mobile devices have really become the remote controls for our lives — we’re doing a lot more things on these mobile devices. That new tower is just to add to that capacity.”

More than 13.7 trillion megabytes of data were used by wireless customers in 2016, which is the equivalent of streaming 1.58 million years worth of HD videos, according to the Cellular Telecommunications Industry Association. That was up by 40 percent from 2015 and wireless data usage is projected to only grow in the coming years.

“We watch our network all the time,” Dorsch said. “We’re watching to see the traffic, so we kind of have to engineer our network to meet the needs or demand of a community.”

Dorsch used an analogy of traveling between Powell and Cody to illustrate her point.

“If you think of adding a new cell site to an area, it would be the same as adding an additional lane to Highway 14,” she said. “We’re not increasing the speed limit; people aren’t going to go faster. But they’re going to be able to move around and change lanes. It allows more traffic to get through. The speed limit doesn’t go up, but it allows for more cars.”

Dorsch said there are no additional costs associated with the construction of the new tower, though the new site will primarily be a 4G LD site.

“Bottom line is, if a customer has an older device, like a flip phone for example, they may not see a change,” Dorsch said. “Any technology that is being added is 4G, and it will give them a clarity in things like advanced calling that they’ve never heard before. It depends on what device our customers are using in order for them to experience any difference.”

A building permit for the tower was secured by Steelhead through the City of Powell’s building office, and a crew put up the tower earlier this month.

“In a nutshell, the project is a large concrete base which supports the visible tower,” said Ben Hubbard, building official for the City of Powell. “All the hardware goes in the small building situated near the tower.”

To make room for the cellphone equipment, a light pole had to be removed from the area just beyond the center field of the Big Horn softball field. New lighting has been mounted to the cell tower.