Roughly 11,200 people in Park County have been at least partially vaccinated against COVID-19, health officials say.

As of midday Friday, 4,575 local residents were fully vaccinated, having … 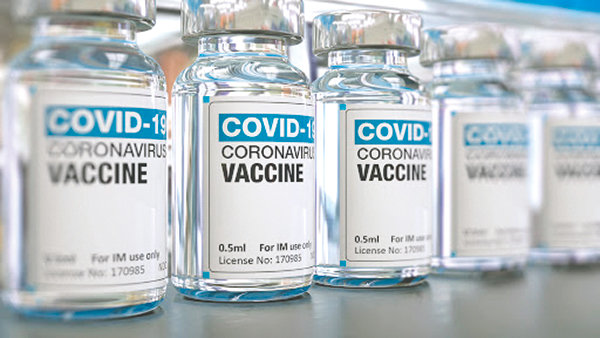 (Editor's note 9/24/21: Although Park County Public Health officials announced that some 11,200 people had been at least partially vaccinated  in the county, that information was not accurate -- apparently because the officials accidentally double-counted  residents who had received two doses. The actual figure of partially and fully vaccinated individuals at the time was apparently around 6,600 people.)

Roughly 11,200 people in Park County have been at least partially vaccinated against COVID-19, health officials say.

As of midday Friday, 4,575 local residents were fully vaccinated, having received both doses of vaccines made by Pfizer and Moderna, said Park County Public Health Officer Dr. Aaron Billin. Meanwhile, more than 6,600 others had received an initial dose — including more than 500 people who were given shots on Thursday in Cody.

Public health workers are also distributing a third vaccine, made by Johnson & Johnson, that requires only one dose but remains in particularly short supply.

Park County Public Health Nurse Manager Bill Crampton, whose office has overseen the rollout of the vaccines across the county, offered his thanks to “all our great volunteers and partners.” He also said more and more people are helping with the effort. For instance, vaccinations are ramping up in Yellowstone National Park, Crampton said, including for workers coming on board for the park’s summer season.

“We have more to do over the next weeks and months,” he said.

Crampton suggested that the vaccination effort might be nearing the halfway point in Park County, which has roughly 30,000 people.

“I’m thinking that there will be at least a third of the county that won’t want the vaccine,” Crampton said.

While federal, state and local health officials have offered repeated assurances that the vaccines are safe, state Sen. Tim French, R-Powell, underscored some of the resistance Friday morning. Speaking to the Senate Judiciary Committee, French presented a bill that would have prevented “coerced” vaccinations against both COVID-19 and influenza.

“I think this is a recognition of a fear out there, a fear of this vaccination — a certain part of the society that is fearful of this vaccination and they just flat don’t want any public health person or anybody mandating it,” French told members of the Senate Judiciary Committee. “There’s that fear out there — and I’ve heard from quite a few of them — that this thing’s unsafe, it’s unnecessary, and they just want it in law that nobody’s going to somehow force them to take this shot.”

He gave the theoretical example of someone becoming temporarily incapacitated in an automobile accident and being taken to a hospital where they might be vaccinated for COVID-19 against their will.

However, all four of French’s colleagues on the judiciary opposed the bill and voted it down. They generally indicated they didn’t feel the bill was necessary.

“No one’s going to come up to you at gunpoint and make you take a shot,” said Sen. John Kolb, R-Rock Springs. He wasn’t aware of any current laws that allow officials to force a person to be vaccinated.

“If that was reality, then we’d probably have another conversation,” Kolb said.

Similarly, Sen. R.J. Kost, R-Powell said no one was “going to force us to take that [COVID-19 vaccine].”

“You still have the right not to take those shots,” he said.

However, French argued that mandatory vaccines could come in the future — and he said there was a fear children might be required to get a shot in order to receive a public education.

Another portion of Senate File 94 would have prevented governmental entities from requiring their employees to be vaccinated against the flu or COVID-19. That drew the concern of the Wyoming Department of Health, which noted most of the state’s hospitals and nursing homes are government-operated and some mandate flu shots for employees. (Powell Valley Healthcare and Cody Regional Health do not require flu or COVID shots, officials there said.)

Nethercott said healthcare and prison workers often must undergo testing for contagious disease like tuberculosis and hepatitis to avoid exposing those in their care.

“I think that’s been commonplace for a very, very long time, primarily in healthcare,” she said.

Meanwhile, Rep. Dan Laursen, R-Powell, sponsored a separate “Vaccine bill of rights” that opposed mandatory COVID-19 vaccinations and questioned their safety; the text of Laursen’s resolution was drawn from a controversial group that claims scientists, the media, Big Tech and the government have led a massive “disinformation campaign” about the pandemic.

House Joint Resolution 16 specifically called on the state and federal governments to prohibit businesses, venues, event organizers and airlines from requiring vaccinations, while prohibiting schools from mandating them unless exemptions were offered.

The resolution also proposed a series of rights. One read, “No persons will be mandated, coerced, forced or pressured to take an experimental or ‘investigational’ medication.”

Another clause suggested that, “All persons must be given access to independent information to help them determine what is in their own best medical interest ...” According to the resolution, that information would need to include materials from entities that are not governmental agencies, quasi-government institutions or pharmaceutical companies, asserting that all of those entities “have an inherent conflict of interest.”

The resolution also charged that the approval process used by the U.S. Centers for Disease Control and Prevention “does not provide adequate protections for average Americans concerned about potential health hazards associated with the inoculations.”

Laursen’s “Vaccine bill of rights” came from a controversial group of medical professionals called America’s Frontline Doctors, which effectively disputes all of the consensus views about the danger posed by COVID-19 and how to contain and treat it. The group’s leader, Dr. Simone Gold, and communications director, John Strand, are currently facing federal criminal charges, with authorities alleging they entered the U.S. Capitol during the Jan. 6 rioting.

Laursen’s version of the Frontline Doctors resolution — which had one co-sponsor in the House and no sponsor in the Senate — did not receive a hearing by the March 8 cutoff.

Getting past the pandemic

For its part, the CDC says the COVID-19 vaccines are both safe and effective. Not only were they tested on tens of thousands of people in scientific, clinical trials, millions of people have already received doses under what the CDC calls “the most intense safety monitoring in U.S. history.” Serious side effects from the vaccines have been rare.

In contrast, although most people infected with COVID-19 suffer mild or moderate symptoms, U.S. health officials have tied the disease to more than 529,000 deaths over the past year — including 691 in Wyoming. That’s out of more than 55,000 confirmed and probable cases in the state.

Vaccinations are now greatly outpacing new infections. In Park County, for instance, hundreds of people were vaccinated last week, while there were only six active cases of COVID-19 as of Sunday. Across the state, more than 127,000 people had received at least one dose in Wyoming by Friday, according to health officials.

“The free, safe and effective vaccines we have available are being administered throughout the state and are helping us get past this pandemic and closer to ‘normal,’” said State Health Officer Dr. Alexia Harrist.

She has encouraged everyone to get vaccinated when they become eligible — especially the elderly and those with underlying health conditions who are more likely to become seriously ill from COVID-19.

Last week, former Presidents Jimmy Carter, Bill Clinton, George W. Bush and Barack Obama and former First Ladies Rosalynn Carter, Hillary Clinton, Laura Bush and Michelle Obama issued a PSA encouraging Americans to get vaccinated and help put an end to the pandemic. Former President Donald Trump was not a part of the video, but he issued a statement reminding the public that his administration helped encourage the speedy development of the “beautiful” vaccines.

To check current vaccine eligibility and to sign up for a dose in Park County, visit www.parkcounty.us/CoronaVirus.html.