Todd and other volunteers have been working to document artifacts in the high alpine terrain of the Washakie Wilderness over the past two summers. The Meeteetse researcher — who’s a professor emeritus at Colorado State University and the chair … 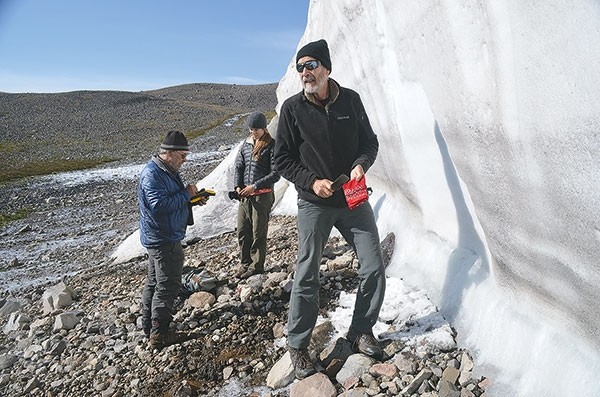 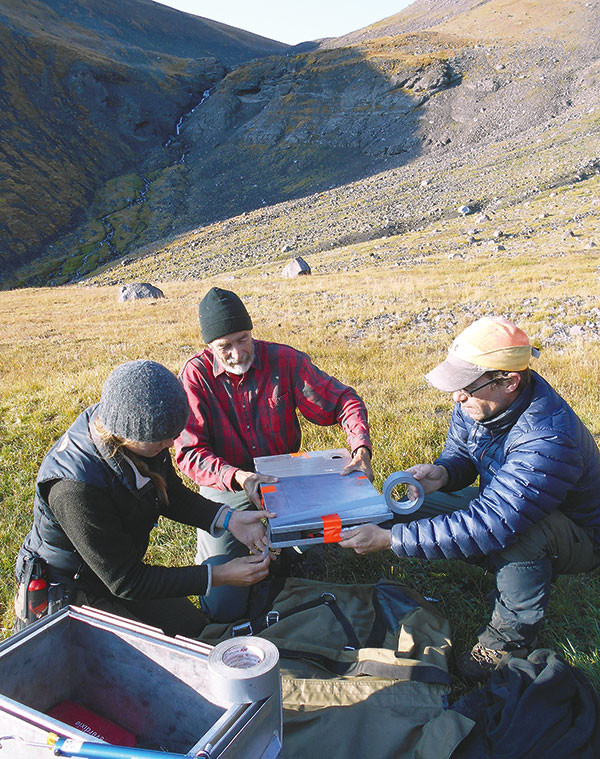 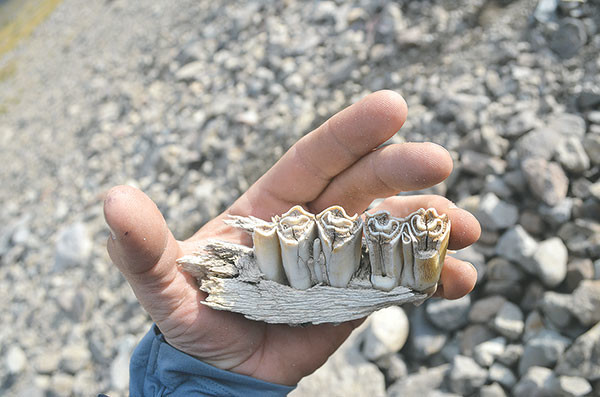 Among the researchers’ finds last summer was this roughly 660-year-old bison mandible. Researchers believe that microsampling of the tooth enamel should give them insight into the animal’s diet. Photo courtesy John Laughlin, Wyoming State Historic Preservation Office 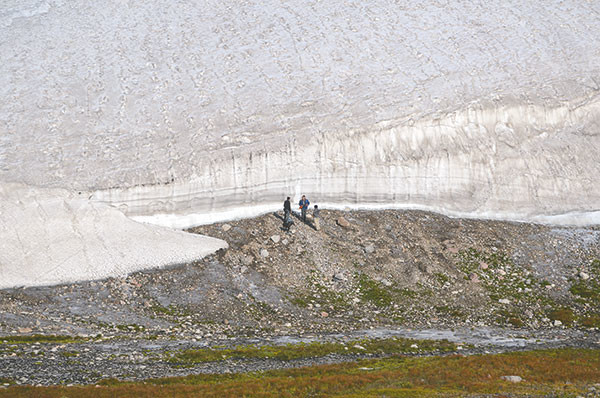 Melting ice patches high in the Shoshone National Forest are providing researchers with a lot of information about the past. In addition to revealing artifacts, the melting snow also contains a record of past environmental conditions. ‘And as they melt, tremendous amounts of information are being lost,’ says researcher Larry Todd. Photo courtesy John Laughlin, Wyoming State Historic Preservation Office 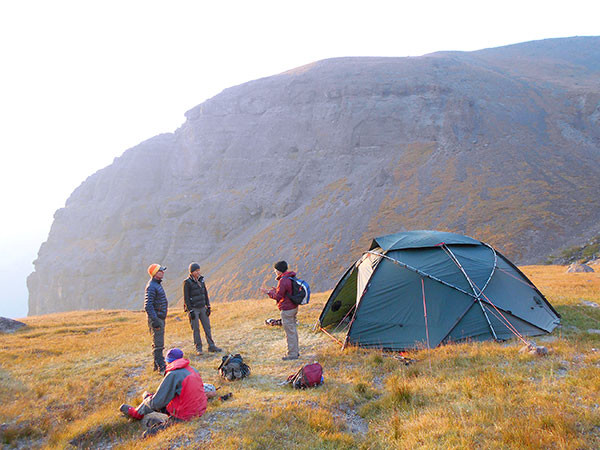 Researchers spent a lengthy period of time in the remote area last summer and plan to continue the work in 2016. Photo courtesy Larry Todd 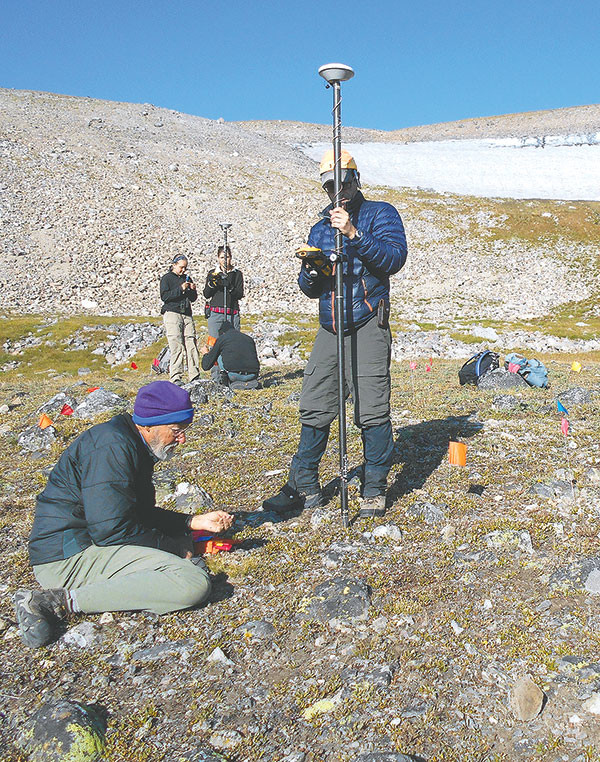 Ancient patches of snow are melting in the wilds of the Shoshone National Forest and “exposing things that haven’t been exposed for hundreds or, in some cases, thousands of years,” said archaeologist Larry Todd.

Todd and other volunteers have been working to document artifacts in the high alpine terrain of the Washakie Wilderness over the past two summers. The Meeteetse researcher — who’s a professor emeritus at Colorado State University and the chair of the Park County Historic Preservation Commission — recently secured funding to help him and six others return to the remote area next summer.

“The primary goal is to provide a fuller archaeological context for the rare and endangered materials being exposed by the melting ice,” Todd wrote in a grant proposal.

He explained last month that the shrinking patches of snow are “sort of like opening the door on the refrigerator, and stuff’s falling out on the ground.”

Snow patches appear to have been key to the ancient peoples who lived at high elevations, Todd said — maybe because animals congregated on the ice to escape heat and flies, maybe because the patches were a source of water or maybe because of “something else we don’t understand yet,” he said.

Whatever the reason, the patches have yielded a wealth of information to researchers.

Among the many discoveries were a nearly complete fragment of a roughly 625-year-old wooden bow and a 660-year-old piece of a bison’s jaw.

“One of the key things about the ice patches is that the record they contain about past environmental conditions is as important, if not more so, than the archaeology they contain,” Todd added in an email. “And as they melt, tremendous amounts of information are being lost.”

Those on the trip included John Laughlin (an archaeologist with the Historic Preservation Office), University of Wyoming Archaeology Professor Robert Kelly, students Rachel Reckin and Emily Brush (of Cambridge University and Iowa State University, respectively) and volunteers William Dooly of Buffalo and Larry Amundson of Lander.

In 2016, the plan is for a Todd-led team to spend 20 days cataloging the things they didn’t have time to record last summer. They hope to inventory objects across roughly 470 acres of alpine terrain, located at around 10,500 feet elevation.

While the main point of the 2016 “Ice Patch Landscape Inventory” will be to document the disappearing ice, Todd also has a broader goal of expanding what we know about ancient life in remote, high elevation areas. He said relatively little research has been conducted on Wyoming’s alpine landscapes.