When an alert citizen pursued and apprehended an auto burglar last winter, they didn’t just stop the burglar from rummaging through a friend’s vehicle. As it turns out, the … 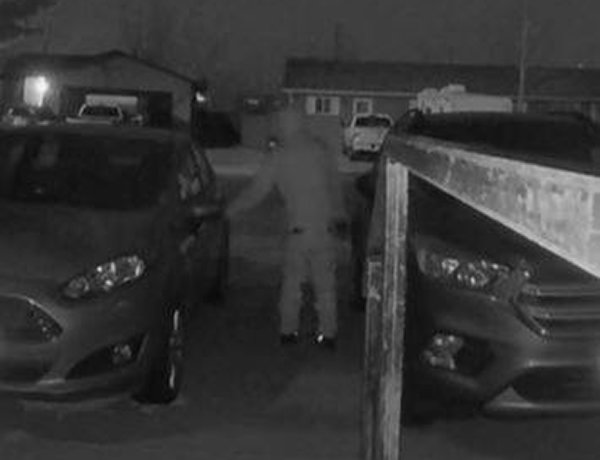 According to police, this surveillance footage shows Bryan Nihei attempting to burglarize a vehicle in Cody earlier this year. The footage was one pieces of evidence that authorities were able to use to connect Nihei to a long string of burglaries.
Courtesy image
Posted Tuesday, July 6, 2021 8:25 am 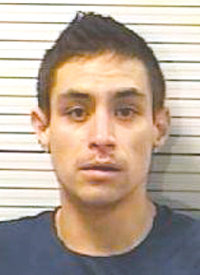 When an alert citizen pursued and apprehended an auto burglar last winter, they didn’t just stop the burglar from rummaging through a friend’s vehicle. As it turns out, the citizen’s actions helped put an end to a long string of break-ins and thefts.

Investigators ultimately tied Bryan Nihei to at least 16 auto burglaries in and around the Cody area plus six thefts from storage units outside Powell. Cody police suspect Nihei committed more than a dozen other burglaries and thefts between mid-December through the first part of February, but didn’t find enough evidence to prove those cases.

Nihei, who is 31, received an eight- to 10-year prison sentence for his crimes from District Court Judge Bill Simpson in May. The sentence was the result of a plea agreement in which Nihei also agreed to pay $3,749 in restitution for the stolen items.

The auto burglaries started on Dec. 13, when four vehicles were broken into on Oak Drive, North Ridge Drive and Gerber Lane in rural Cody. The thief stole a couple wallets while only sifting through some of the vehicles, Park County Sheriff’s Deputy Clayton Creel wrote.

“Even though in some cases there were items of higher value in the back seat, the suspect only rummaged through the front seat, leaving items from various compartments out on the seat,” Creel wrote.

About a week later, on Dec. 19, City of Cody Police received the first of what would be 26 very similar reports of auto burglaries that continued through Feb. 1.

Each burglary followed the exact same pattern, Cody Police Detective Rick Tillery wrote in charging documents: The perpetrator ransacked the glove compartment and center console, dumped the contents on the seat or floor, then left the vehicle’s door partially ajar.

While the sheriff’s office and Cody police were investigating those crimes, multiple storage units were burglarized at Dash Storage on Enterprise Road, just west of Powell. The day after Christmas, the Park County Sheriff’s Office received word that someone had cut the locks off 10 units. The culprit tried getting into a gun safe, moved items around and stole a tool box, antique jewelry, $100 worth of coins and a 7mm Remington rifle on Dec. 26, charging documents say.

Nihei, who rented a space at the facility, quickly became a suspect, according to an affidavit from Park County Sheriff’s Deputy Neal Corr. The facility’s logs showed Nihei’s access code had been used to enter the facility 18 times between Dec. 9 and 27, coming at various times of day and night.

More break-ins and thefts at Dash Storage followed from Jan. 6-12. Personal documents, belt buckles, jewelry, MRE food, knives, notebooks, greeting cards, golfing paraphernalia, prescription bottles and a debit card went missing while another attempt was made to break into a gun safe within one of the units. Nihei was again suspected.

A trail camera set up by Dash Storage’s owner captured footage of a break-in on Jan. 6 — and the owner told Deputy Corr that he thought the culprit looked like Nihei. Facility logs also showed Nihei had entered the facility 12 more times that week.

However, police didn’t get the evidence they needed for an arrest until the night of Feb. 1. That’s when Colton Johannsen spotted a man going through a friend’s truck on Cody’s 31st Street. The 2019 Powell High School graduate chased the man down and detained him until police arrived. It turned out to be Nihei — and evidence found in his vehicle quickly tied him back to the earlier crimes.

Just a couple days before Nihei’s apprehension, nine vehicles were burglarized on Tri Power Court and Elm Avenue in Cody and surveillance camera footage showed the culprit wearing heavy sagging pants and a distinctive pair of boots. Matching boots were found in Nihei’s Chrysler 200, along with a pair of similar-looking snowboarding pants. On Nihei’s feet, meanwhile, were a pair of Ariat cowboy boots that matched the tracks left at the scene of the Dec. 13 auto burglaries in rural Cody.

Additionally, Cody police found a wallet that had been stolen on Jan. 18 (that Nihei was apparently using as his own), along with suspected meth and drug paraphernalia.

With the help of Greybull police, Creel and Tillery also learned Nihei had pawned three of the stolen items — AirPods and two pairs of binoculars — in Billings, Montana.

Deputy Corr then obtained a warrant to search Nihei’s storage unit in Powell and found bolt cutters, two cut locks and numerous items stolen from other units and from vehicles in rural Cody.

After his arrest, Nihei reportedly told authorities he had actually been living in the 5-foot by 5-foot unit temporarily.

“I asked why he was entering and exiting the gate so many times, and he stated ... he needed to leave to use the bathroom, get cigarettes, take walks and meet his ‘ex’ to visit her and their children,” Corr recounted.

Asked whether he cut the lock off other units and burglarized them, Nihei “stated he ‘didn’t want to talk about that right now,’ and wanted to have a lawyer with him,” Corr wrote.

Park County prosecutors eventually charged Nihei with 21 felony offenses, but agreed to drop all but one count of burglary in exchange for his guilty plea and acceptance of the prison sentence.

At the time of Nihei’s apprehension in Cody, authorities in Big Horn County had also been seeking his arrest. Court records say Nihei stole $3,685 worth of rare coins from his girlfriend’s mother in the summer of 2019 and had agreed to serve three years of supervised probation for felony theft. However, on Dec. 10 — before he could be sentenced in the Big Horn County case and just a few days before the auto burglaries began in Park County — Nihei was caught with marijuana, meth, heroin, amphetamine, dextroamphetamine and drug paraphernalia in Carbon County, Montana. Authorities in Montana released Nihei, but the new allegations prompted Big Horn County prosecutors to seek to revoke his bond.

Last month, District Court Judge Bobbi Overfield ordered Nihei to serve 2.5 to five years in prison for the stolen coins, though that time will overlap with the sentence in Park County. He must also pay $3,325 in court fines and fees and $3,658.30 in restitution.

Nihei has been incarcerated since Feb. 1 and the time he’s already served will count toward his prison sentence. He was recently transferred from Big Horn County to the custody of the Wyoming Department of Corrections.