If Park County’s lawmakers have anything to say about it, the Wyoming Legislature will convene later this month to respond to President Joe Biden’s proposed COVID-19 vaccine …

Lawmakers may convene at the Wyoming Capitol later this month for a special session addressing COVID-19 vaccine mandates. Senators and representatives are currently voting on the proposal.
Courtesy photo
Posted Thursday, October 14, 2021 8:25 am 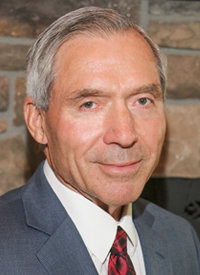 If Park County’s lawmakers have anything to say about it, the Wyoming Legislature will convene later this month to respond to President Joe Biden’s proposed COVID-19 vaccine mandates.

If more than 50% of the lawmakers in each chamber vote the same way, a session would likely start Tuesday, Oct. 26. However, it remained unclear on Wednesday how the vote would go, with local lawmakers saying they expect it to be close. For instance, the Legislature’s nine Democratic members said Tuesday that they’re voting no, calling a special session a waste of time that would “only serve to create an opportunity for grandstanding instead of constructive problem solving.”

However, local Republican lawmakers say they’ve been hearing from many constituents who want the Legislature to tackle the subject.

“I think it’s needed because people are just really upset with the government overreach,” Sen. French said Wednesday. “And I think the final straw was this federal mandate from the president.”

Faced with the prospect of being forced to get a vaccine or risk losing their job, “people are just so fed up and so angry,” he said.

Even before a session is held, Reps. Williams, Laursen and other members of the House Freedom Caucus are calling on Gov. Mark Gordon to issue an executive order that prohibits entities in Wyoming from compelling residents to receive a COVID-19 vaccination. Williams said such an order would “set the tone” for the state — and she hopes the Legislature will outlaw coerced vaccinations in a special session.

“For me, sitting back and not doing anything about the government overreach is not an option,” she said. “I think Wyoming needs to be proactive and responsive to this administration.”

Rep. Newsome said she thinks Wyoming and other states will ultimately need to turn to the court system to stop the administration from overreaching. While she thinks the federal mandates are unconstitutional, Newsome said the Legislature won’t be able to alter them in the special session.

“I don’t know that we can pass any legislation that will affect any change particularly,” she said. “But I think it’ll give Gov. Gordon — as he goes through what I imagine is going to be a legal process to push back on the Biden administration — it will give him some support there.”

Sen. Kost said his intent is to travel to Cheyenne with an open mind, listen to the bills presented and try to find good answers and solutions.

Rep. Laursen said he’s hoping “we get together and come up with something.”

“It’s scary that we’re telling businesses what to do,” he said. “But I think the main point is to say the federal government can’t dictate from afar.”

Laursen said people should be able to choose how they deal with their health.

In September, President Biden announced that he would require all federal workers, federal contractors, active duty military members and healthcare workers to be vaccinated against COVID-19. And he says the Labor Department will soon issue an emergency rule requiring all employers with more than 100 workers to ensure their workforce is fully vaccinated or tested for COVID-19 at least once a week.

“We know there is no other way to beat the pandemic than to get the vast majority of Americans vaccinated. It’s as simple as that,” Biden said in a speech in Chicago last week, framing the mandates as a way to save lives, boost the economy and do the right thing. The Democratic president also said there’s strong bipartisan support for the vaccine requirements.

However, it has drawn strong opposition from many in Wyoming, particularly among Republicans — as evidenced by all five Park County Republican lawmakers voting in support of a special session.

Sen. Kost said he received many messages from constituents supporting the idea, so “I feel I need to represent them that way” and vote for a session.

Kost said he does not like the federal mandates “at all,” and that he respects those who choose to get vaccinated and those who do not.

“... I firmly believe that we should all be able to have that choice, rather than shoving it down your throat,” he said. “I think the choice gives you better options of people thinking about it than saying that you have no choice, do it or else.”

On the other hand, Kost said he has been struggling with the idea of the Legislature potentially telling private businesses, such as Banner Healthcare, that they can’t require vaccines.

“... is it right for us to step into private industry and say, ‘Now we’re gonna start telling you how you can run your business’?” he said, adding, “I am a firm believer that we need to not have government involved in our daily lives so much and it’s like golly, we’re just stepping right in the middle of it there.”

For her part, Newsome indicated she would be OK with companies offering employees the option of undergoing periodic COVID-19 testing in lieu of a vaccination.

“If companies say, either you get tested at whatever time frame, or you get the vaccine, I think that’s pretty reasonable,” she said. “Because what you’re after is to kind of make sure that the virus is not in the workplace. And so if you can do that through testing, I think that’s reasonable.”

As for potential actions the state government could take, Kost wondered if it could help businesses with testing employees who don’t want to get the shot, perhaps by covering their costs or supplying workers to do the testing. He also wondered how the new rules from the Occupational Safety and Health Administration (OSHA) will impact citizens and the agency, which is currently managed by the state.

“Those are all questions that I’ve got to find answers to … because I don’t want to set our people up for trouble, either,” Kost said. “But it’s a difficult one to deal with.”

Gordon vowed to fight the Biden administration’s mandates shortly after they were announced, saying in September that he was preparing legal options and discussing the possibility of a special session as part of a careful approach.

“At this point, people have grown weary of ‘discussions.’ Wyoming’s people need to see action — and confident leadership,” Eathorne wrote, adding that, “THERE IS NO TIME TO WASTE.”

In a Wednesday statement, Gordon said he is taking action and is prepared to launch a legal challenge once the mandates are actually issued — including by teaming up with two dozen other states.

“This coalition of Attorneys General is well-prepared to fight the Biden Administration in courts when the time is right, and I am committed to using every tool available to us to oppose federal rules, regulations, and standards whenever they overreach,” Gordon said, adding, “Wyoming will not stand idly by to see any erosion of the constitutional rights afforded our citizens and their industries.”

If a majority of lawmakers support a special session, it will also take a two-thirds vote to adopt special rules when they convene, or else the session may be called off. Members of the Legislature’s Democratic Caucus pledged to vote no on the rules as well. They said a special session, estimated to cost $25,000 per day, would be “a waste of time and resources” and “cause an undue burden to Wyoming businesses who would be forced to choose between following state OR federal law, requiring them to be in violation of one or the other.”

Results from the poll of the House and Senate are expected soon, with lawmakers required to mail their ballots by today (Thursday).