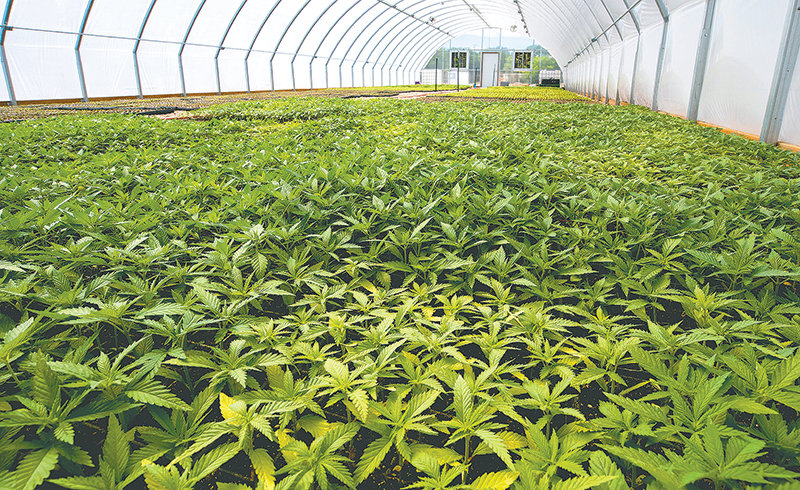 GF Harvest and Mother’s Hemp Farms have been among the state’s pioneers in the fledgling hemp industry, with owner Dale Tenhulzen hoping to become the state’s largest hemp processor. However, earlier this month, Tenhulzen ran into trouble with the Securities and Exchange Commission in connection with another one of his businesses, the Live Wealthy Institute. The SEC says Tenhulzen sold unregistered securities and without the appropriate license.
Tribune file photo by Mark Davis
Posted Tuesday, August 25, 2020 8:25 am 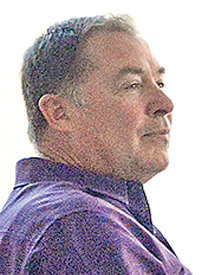 A local business owner has been charged with selling unregistered securities and acting as an unregistered broker after raising millions of dollars for what federal authorities say was a “massive Ponzi scheme.”

Dale Tenhulzen is the CEO and president of Mother’s Hemp Farms — which is growing hemp outside of Powell and near Deaver — and the CEO of Gluten Free Oats, a Powell company he purchased earlier this spring. However, the civil charges filed by the Securities and Exchange Commission (SEC) this month relate to Tenhulzen’s work with his Live Wealthy Institute.

The Florida-based real estate firm told investors that it was using their money to buy up distressed and undervalued properties, which would then be flipped at a healthy profit. However, the SEC says less than half of the $170 million raised from more than 1,100 investors actually went toward properties. Federal regulators allege that millions of dollars supported the lavish spending of two men at the top of EquiAlt. Additionally, money from one fund was used to make Ponzi-like payments to earlier investors, the SEC says. At the request of the commission, a federal judge in Florida halted all of EquiAlt’s operations in February and appointed a receiver to manage the company’s assets.

There is no indication or allegation that Tenhulzen, 61, was aware of anything untoward at EquiAlt. Allan Lerner, a Ft. Lauderdale, Florida, attorney who’s representing Tenhulzen, noted that the SEC’s complaint against his client is not based on fraud or deceptive conduct. The SEC allegations are simply that Tenhulzen and his LLC acted as unregistered brokers and sold unregistered securities for EquiAlt, though the commission says he was one of the company’s best sales agents.

According to the SEC’s complaint, Tenhulzen sold approximately $15 million of EquiAlt’s unregistered securities to more than 60 retail investors, receiving about $1.5 million in commissions and bonuses.

During the four years, Tenhulzen engaged in sales activities as if he was a broker-dealer, the SEC says, including reassuring investors about investment safety and negotiating interest rates with EquiAlt. However, neither Tenhulzen nor the Live Wealthy Institute — a Wyoming LLC that has offices in Huntington Beach, California — were registered as broker-dealers or permitted to sell securities, the SEC says.

Tenhulzen has effectively conceded the SEC’s allegations related to the unregistered securities and sales.

Lerner said there are many reasons why people settle cases like this, not least of which is that they don’t want to go through litigation or the cost of litigation.

The case remains pending, as the SEC says it will seek “disgorgement of ill-gotten gains” plus “civil money penalties” against Tenhulzen and Live Wealthy Institute.

Lerner added that, well before the SEC shut down EquiAlt, Tenhulzen was informed about the investigation and understood what the SEC was looking at. Tenhulzen then advised his clients to liquidate their assets with EquiAlt, Lerner said. “I think that’s an important point to be made here.”

Additionally, when Tenhulzen began working with EquiAlt, he consulted with legal counsel — not Lerner, he said — who informed him that his activities would not result in violations of the federal securities law.

In February, the SEC requested an emergency enforcement action against EquiAlt ”to prevent further harm to these retail investors and locate and preserve as many assets as possible,” Eric Bustillo, director of the SEC’s Miami Regional Office, said at the time. The commission said the revenues generated by EquiAlt’s funds over the prior nine years was “significantly less” than the 8-10% interest owed to investors.

Davison is alleged to have spent more than $14 million of EquiAlt’s funds on multiple Ferraris, a Bentley, a Rolls Royce and a Pagani, among other personal expenses.

As for Rybicki, he recently admitted through his attorney that he purchased “a Ferrari, Porsches, luxury watches, and an interest in a soccer team with money he received from EquiAlt and the Funds,” though he denies any money was misappropriated.

Court documents say the investments were marketed as being safe and low risk, and investors were assured EquiAlt could not go bankrupt. In a February statement, the SEC accused Davison and Rybicki of making promises that were too good to be true about “nearly every material aspect of EquiAlt’s business” in order to convince people to invest. The commission says many of EquiAlt’s investors were elderly, lacked knowledge and expertise in financial or business matters, and weren’t capable of evaluating the merits and risks.

Davison and Rybicki have denied the allegations.

Rybicki’s team called the SEC’s picture of the organization skewed and incomplete, contending that when the funds were frozen, EquiAlt still had cash and real estate valued at more than 85% of the invested money. Davison similarly pointed out that EquiAlt really did acquire hundreds of properties, dismissing the SEC’s allegations of a Ponzi scheme as “inflammatory rhetoric.”

However, a judge issued an order last week indicating that she’s leaning toward the SEC’s version of events.

Presiding U.S. District Judge Mary Scriven of Tampa, Florida, wrote that “the evidence shows that the defendants most likely operated as a Ponzi scheme using new investor funds to pay old investor obligations while simultaneously siphoning funds for their own benefit far and above any amount that anyone might reasonably believe was disclosed to investors.”

EquiAlt also paid significant sales commissions to numerous unregistered sales agents — Tenhulzen among them, the SEC says — who sold investments through cold calls, social media, websites and in-person meetings. Investors were either not informed of the commissions or told that the funds “may” pay commissions, the SEC says, when in fact EquiAlt always paid them.

Tenhulzen has offered a variety of products and services through his Live Wealthy Institute.

Court records say Tenhulzen previously sold investments in 1 Global Capital LLC, a different Florida company alleged to be a Ponzi scheme. Documents filed in the company’s bankruptcy case say that, in the 90 days leading up to its July 2018 bankruptcy, 1 Global Capital paid Tenhulzen some $71,800 in finder’s fees.

However, he has not been accused of any wrongdoing and court records indicate Tenhulzen and other agents have made claims against people related to the company; for instance, the agents say 1 Global Capital’s accounting firm gave them assurances about the efficacy of the business.

Tenhulzen’s Live Wealthy Institute website says that, “we have never lost a dime of our clients’ money.”

In more recent times, Tenhulzen has become a significant player in Wyoming’s hemp industry. He acquired the state’s first licenses to grow and process hemp earlier this year and is looking to become the largest hemp processor.

“I’ve always considered myself to be unemployable because I am [an] entrepreneurial type and a risktaker. I have had to recreate myself many times over,” Tenhulzen said in a piece published by Thrive Global this month.

He expressed enthusiasm for hemp’s many uses and said his biggest accomplishment “is what I am doing right now with introducing oats and hemp products.”

“This company could explode,” Tenhulzen said in the Thrive Global piece.

Gluten Free Oats, which also operates as GF Harvest, is in the process of purchasing its building and mill from the City of Powell.

The structures were built with the help of economic development funds from the state government and leased to GF Harvest for about $5,500 per month. The ultimate plan was to sell the properties to the business and in May, GF Harvest co-founder Seaton Smith approached the city council with a proposal for buying the property.

At the time, Smith said the buyout was necessary to secure the private funding needed to grow the business in the highly competitive niche food market. The company would be partnering with Mother’s Hemp Farms (MHF), Smith told the council, to start a new line of foods with hemp ingredients.

Smith didn’t mention that Tenhulzen had purchased the company, but they had split ownership at the beginning of the year, Smith said Friday. By March, they decided it would be best to have ownership under one entity, and Tenhulzen bought out the other half of the company.

Smith said that since the city’s financial relationship is with GF Harvest and not his family, a change in ownership at the company didn’t impact any agreement to buy out the city. There was never any intention, he said, to omit any important information.

Besides giving GF Harvest the cash infusion it needed to grow, Smith said selling the company to MHF allowed the Smiths — including Seaton’s wife Jill and their son Forrest — to be free of administrative tasks and focus their skill sets on aspects of the operation in which they do best. In Seaton Smith’s case, that’s sales.

“It allowed us to focus on what we do best rather than trying to wear 20 hats,” he explained.

As far as the SEC action against Tenhulzen, Seaton Smith said he didn’t see it impacting the company’s plans for the future.

“We’re in it to make the best for Powell that we can,” he said.

GF Harvest and the Smiths are not part of the SEC’s investigation and had no dealings with EquiAlt or 1 Global Capital.

In July, the Powell City Council approved the GF Harvest sale for $742,500, contingent on the business closing on the sale by Dec. 31.