'Human waste' proving a problem at some local recreation sites

With access to some campsites and public bathrooms limited as part of efforts to combat the spread of COVID-19, surrounding areas are feeling the effects in a foul way.

'Human waste' proving a problem at some local recreation sites 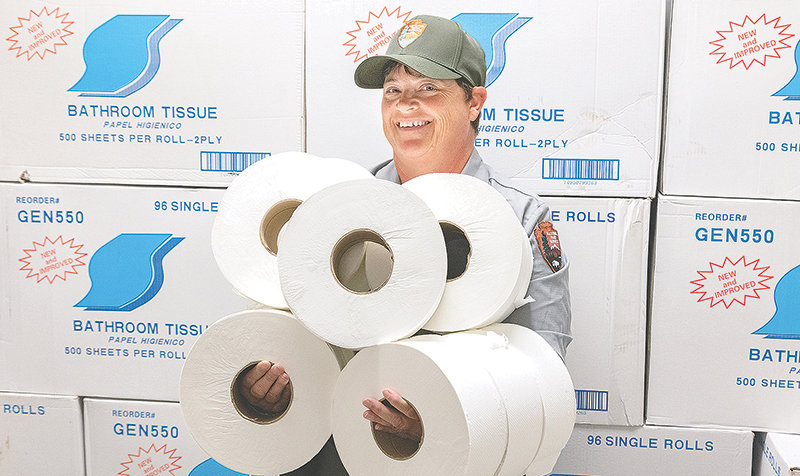 A Yellowstone National Park facility management employee shows off an abundance of toilet paper in the park this summer. But with camping and other overnight facilities closed due to the pandemic, visitors are camping outside the park and finding bathroom and shower facilities scarce. The result is human waste littering the area.
Photo courtesy Jacob W. Frank, National Park Service 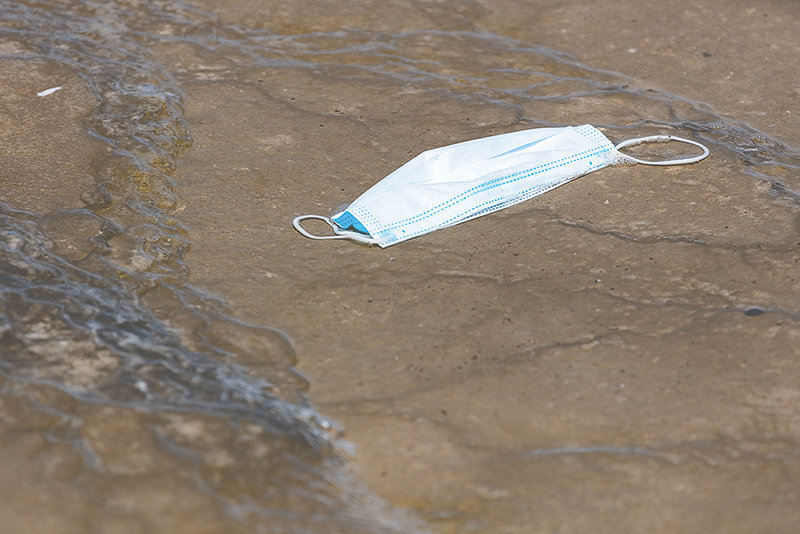 With access to some campsites and public bathrooms limited as part of efforts to combat the spread of COVID-19, surrounding areas are feeling the effects in a foul way.

The Heart Mountain Ranch Preserve is being forced to spend hundreds of dollars a month to remain open due to human waste at the popular outdoor recreation site, said Brian Peters, manager of The Nature Conservancy property.

“We wanted the public to come out as much as possible — especially now. But we had to get the problem of [human waste] under control,” he said. “I never would have thought people would do that and be so blatant about it. You know, like right there. Like right ... where everyone else can see it.”

Due to pandemic requirements earlier this year, restrooms were closed at the property before it opened to hikers. The mess that followed forced the group to spend nearly $500 a month or shut down, Peters said.

The Heart Mountain Ranch decided to hire a company to put in a portable toilet and then to return frequently to clean the temporary facility. Making the decision and covering the additional expense wasn’t easy, but it came down to providing the service or locking the gate to the free area.

It’s not just the preserve having problems with recreationists, either.

With many overnight accommodations in Yellowstone National Park on lockdown, visitors are camping illegally near park entrances. Currently, only concessionaire-run campgrounds (Bridge Bay, Canyon, Madison and Grant) are open, with all park service campgrounds closed. It’s difficult to get a spot without a reservation. That means that many folks are left looking for camping sites outside the park in gateway communities and areas ill-prepared for the needs of the visitors.

Without necessary facilities in the non-designated areas, visitors are ignoring no camping signs. They are parking in pull-outs and on roadways, starting fires and leaving them unattended, and leaving human feces and toilet paper out in the open for others to discover, Gardiner, Montana, resident Jenny Lynn Golding recently wrote while venting to a group of park supporters.

“The sheer numbers of people camping in undesignated sites are creating all kinds of negative, unsafe, gross and often illegal impacts,” Golding penned.

“Hordes” of people are camping right on the outskirts of town and are especially problematic this year, she said. The short drive from Cody to the East Gate reveals large groups of campers in parking lots and pull outs, many of whom would have stayed in the park, said Kristie Salzmann, public affairs officer for the Shoshone National Forest.

“We’re seeing people come into the area later in the day and just pull into turnouts and camp there overnight,” she said. “It’s just not something we have the personnel and capability to [enforce] because of the large amount of people and camping areas.”

People are going to the bathroom in areas where they’ve chosen to illegally disperse camp for the night, Salzmann said. “We are seeing those sort of environmental impacts close to the highway and close to where people are recreating, you know, pull outs or areas where people often park to go down to the river and fish.”

The litter will likely remain for the time being. “Because of the size of our forest, it’s just not feasible for us to patrol every single mile with people picking up litter,” she said. “That’s something we will never be able to do.”

There is no dispersed camping areas immediately in the North Fork along the highway, Salzmann said. Those wishing to camp must be a half-mile from the center line of the highway, which means backpacking. All available camping spots are filling up every night. But, even if you can’t camp at the sites, you can still use facilities at designated camping facilities.

“Even people that aren’t staying at the campgrounds — if they’re just passing through on the way to Yellowstone or going on a hike — there are facilities available for their use,” Salzmann said. “The most important thing is to remember to recreate responsibly, and to be kind to the environment and one another.”

“We are living in a different world,” she added. “We are seeing many more visitors to our area, especially to the forest, than we do in a typical year. If you pack it in, pack it out.”

“This not only means pack out all your trash, but also burying your human waste 6-inches deep and 200 feet from roads, trails, and water sources. Pack out or bury your toilet paper,” she said. “Trust me, no one wants to encounter anyone else’s poop or toilet paper, not to mention the diseases and water contamination human feces can cause.”