Her first deer: Number of women hunting in Wyoming on the rise

At his side, his daughter Shelby started to follow her father’s advice as he walked her through the steps to load her rifle, line up, switch off the safety and look for the perfect shot — just like they practiced. Shelby, 12, was after her first …

Her first deer: Number of women hunting in Wyoming on the rise 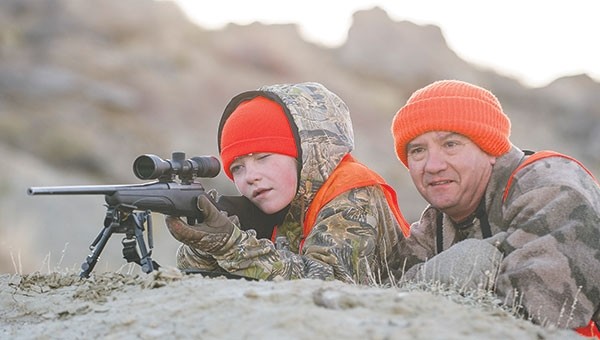 Shelby Fagan and her father Frank, both of Powell, check the status of her harvested deer through the scope after Shelby pulled the trigger on her first big game animal.
Tribune photos by Mark Davis 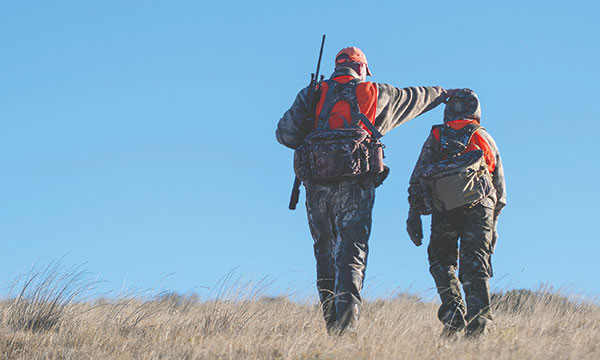 Frank Fagan congratulates his daughter as they head to the truck to get the horse to assist in carrying out Shelby’s harvested doe. 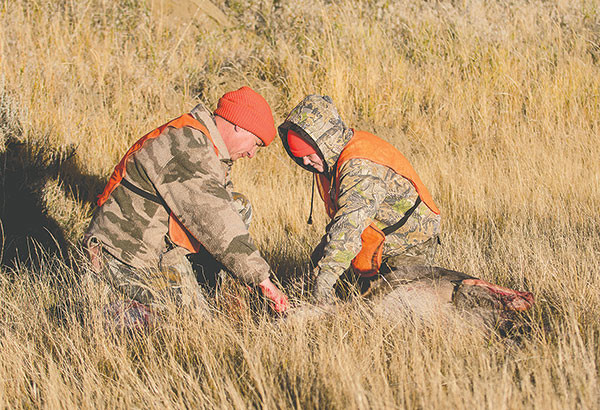 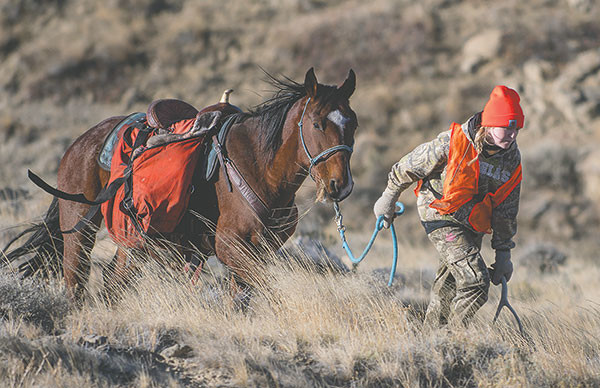 Shelby Fagan leads her horse, Socks, back to the truck with panniers full of a harvested mule deer doe.
Previous Next
Posted Tuesday, October 17, 2017 2:23 pm
By Mark Davis

As the sun peaked over the horizon just high enough to tickle the top of Heart Mountain, Frank Fagan spotted some mule deer just 200 yards up the next hill.

At his side, his daughter Shelby started to follow her father’s advice as he walked her through the steps to load her rifle, line up, switch off the safety and look for the perfect shot — just like they practiced. Shelby, 12, was after her first deer. But this was far from her first hunt. At three months, her mother, Bre, brought her on an elk hunt.

“She went back to the truck to breast feed after tagging her elk,” Frank said.

Shelby and her 10-year-old sister Danika have been on just about every hunt since. It’s a family activity, Frank said.

Shelby hesitated. Two fawns were hanging close and she wasn’t confident with the shot. Her father was supportive and calming.

“If it doesn’t feel right, there’ll be other deer,” Frank said.

If Shelby was nervous it didn’t show. Other than having cold fingers and being a little tired, she was excited to finally get a deer in her scope and try out the .243 shells her father hand-loaded for her hunt. She considered the day a practice session for more exciting hunts later this year.

“Next week, I get to hunt for a buck in Sunlight and then I have an elk tag for next month,” she said. Shelby hopes to have a mount, like her mom and dad, hanging from the living room wall soon.

The doe and two fawns got a pass. Frank took a quick look to the west and quickly signaled his daughter to head his way. She grabbed her rifle and the two slid on their rears down the hill to the draw below. High winds covered the noise. Crouching down, they snuck to the next ridge, 150 yards from a small herd. The deer continued to feed.

Concealed by the ridge, Shelby lined up her shot. Earlier in the year, she placed second in the state at the 4-H air rifle competition — and she practiced by shooting milk jugs before the season started. She was steady and confident.

She fired and the doe fell. With a dozen years of experience on family hunts, the 12-year-old had just taken her first deer. Frank gathered up his daughter and hugged her tight. And then they went to work, dressing and transporting the deer home to hang before breakfast.

Despite living in an agricultural area, Shelby said only a few of her friends at Powell Middle School get the opportunity to hunt.

Danika will start training to hunt next year. Frank is planning to attend hunter’s education with his youngest daughter, like he did with Shelby, and then mentor her on a hunt next season.

The Wyoming Game and Fish Department sold 14,770 resident licenses to females last year as well as 8,790 resident youth hunting licenses. Since 2008, the number of licenses sold to resident female hunters has gone up about 32 percent (one-day licenses do not specify gender so the number of female hunters is actually higher). The Game and Fish has several programs in the works to attract women and children into the outdoor sports, said Rebekah Fitzgerald, communications and outreach supervisor for the Game and Fish.

For women 18 and older, the Wyoming Game and Fish Department sponsors Becoming an Outdoors-Woman workshops. The workshops give women a chance to learn the basics of canoeing, archery, fly-tying, shooting skills, backpacking, outdoor photography and more, regardless of skill level. The 2018 date will be finalized by the start of the year and will likely be in August.

“As women get interested in outdoor sports, they’ll bring their kids along,” Fitzgerald said.

The department also hired a new Hunter and Angler Participation Coordinator to try to reach families. Kathryn Boswell has already made an impact, according to Fitzgerald. One program — a three-day shooting and hunting seminar for women and their children — ends Saturday with a pheasant hunt.

Boswell will also bring back the Outdoor Expo, a three-day affair aimed at families. Scheduled for May 17-19 in Casper, the first two days will be geared toward educating children on conservation and activities including hunting and fishing. On the final day, the entire family will come together to enjoy shooting and fishing activities.

“Hopefully we’ll be able to connect the dots and the interest will continue through fall,” Fitzgerald said.

After Shelby’s shot found its mark on Sunday, Frank Fagan gathered his daughter in his arms and squeezed her tight.

“I love you, Pumpkin,” he said and kissed her forehead.

For Fagan it’s about more than gender. It’s about family. And he and Bre are exploding with pride that their children love the outdoor sports.