If you want to have an impact, sometimes you have to step up and do the job,” says Richard Jones of Wapiti.

Along those lines, Jones wants to step up to represent Senate District 18 in the … 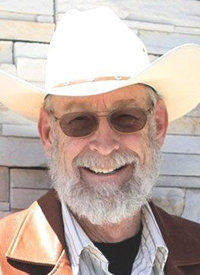 If you want to have an impact, sometimes you have to step up and do the job,” says Richard Jones of Wapiti.

Along those lines, Jones wants to step up to represent Senate District 18 in the Wyoming Legislature.

“I don’t see my representation of this area so much as for doing things for this district per se,” he said in a recent interview, “but being in Cheyenne to prevent the state from doing things to this district.”

Jones is a former U.S. park ranger, working a 25-year career that took him from Arizona to Virginia, the Virgin Islands, Mississippi and Bighorn Canyon National Recreation Area. He later worked as a casino regulator in Mississippi and as a psychometrist and neuropsychology research assistant.

He spent time in Yellowstone National Park as a child — where his father served as a ranger — and has lived in Park County for roughly 15 years, including the last six years. Jones has been active in the community, serving on the City of Cody and Park County planning and zoning commissions, Buffalo Bill Dam Visitor Center board and being involved in multiple organizations. He also works for Bottle Tree Behavioral, a substance abuse educational and consulting service owned by his wife, Charlotte Carlton.

Jones described himself as big on communication, both in finding out what people want and letting people know what’s going on. Serving as an elected representative, he added, can sometimes mean setting aside his own views.

“I may have a different opinion, but [if] most of my constituents feel somewhere else, well, I feel obligated ... to represent that view,” Jones said.

People from the “power centers” of Cheyenne, Casper and Teton County often dominate the discussion and hurt towns like Cody “where these things don’t fit us or cost us or something else but we never know about it,” Jones said.

The self-described conservative said state officials make decisions “without necessarily getting good input from the people being affected by it.”

Jones cited the example of 2019 legislation that required air ambulance membership plans to comply with Wyoming Department of Insurance standards; that led the AirMedCare Network, which owns Guardian Flight, to stop offering memberships in Wyoming.

Jones said the Legislature took the wrong approach with its regulations and faulted the lawmakers who supported the bill — including Rep. David Northrup, R-Powell, who’s also running for the Senate seat — for not explaining what was happening.

“Nobody knew about it till people got a letter in the mail saying they’d no longer have the [membership] service and that this had been passed by the Legislature,” Jones said.

He also criticized lawmakers for passing a new statewide lodging tax in the past session and contended that the impact of tourism is overblown.

“As important as it is psychologically and as a caché, it’s not a revenue generator and driver” for the State of Wyoming, he said.

Jones said the state has a spending problem that needs to be addressed first.

“I’m not an anti-taxer; you’ve gotta have some services,” Jones said, “but on the other hand, taxing is not the answer to your problems.”

For instance, while he thinks the Wyoming Department of Transportation does an outstanding job, he said it didn’t make sense for the department to install a new electronic/webcam outside of Cody while the state is facing a budget shortfall; the sign was included in a $1.4 million package of seven signs and a relay tower.

Jones suggested cuts to Wyoming’s education system — which he called one of the best and best-funded systems in the country — noting that many of the state’s highest paid officials are principals, superintendents and University of Wyoming officials.

“You chop two of those bigwigs down at the University of Wyoming [and] you fund half a dozen teachers throughout the state,” Jones said, also suggesting that some school districts be consolidated to reduce the number of administrators.

He said he opposes a personal income tax or corporate income tax, saying that Wyoming’s business-friendly environment is a draw for companies to locate here; that, he said, is a better way to recruit new business than offering subsidies through entities like the Wyoming Business Council.

The four candidates are vying to replace state Sen. Hank Coe, R-Cody, who is retiring after 32 years of service.

The district stretches from the Willwood to the South Fork, including Cody, Ralston, Heart Mountain, Clark and Wapiti.

Pickleball advocates to press commission for use of facility