A series of electrical failures left about one-third of Powell residents without power for parts of Sunday afternoon and evening. 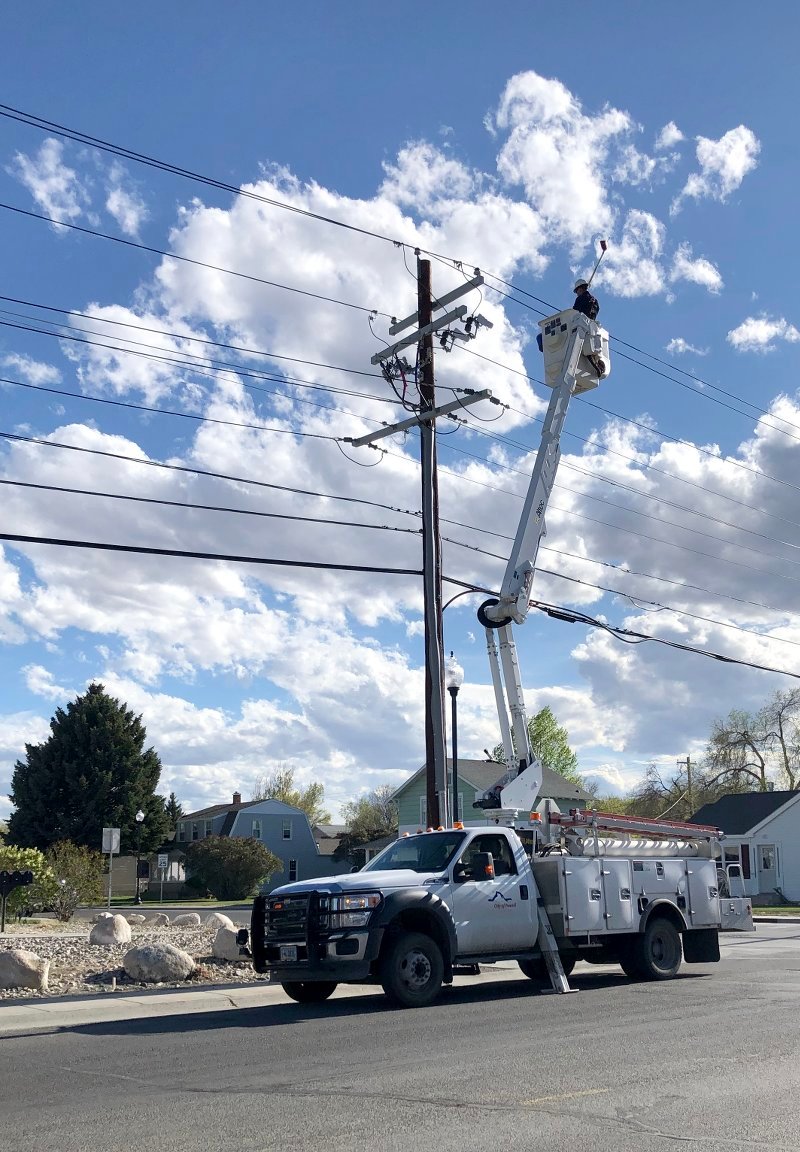 A member of the City of Powell Electric Department works to restore power to a part of the city on Sunday afternoon. A failing arrester led to multiple outages in about a third of the city.
Tribune photo by Tessa Baker
Posted Monday, May 18, 2020 9:30 am
By Kevin Killough

A series of electrical failures left about one-third of Powell residents without power for parts of Sunday afternoon and evening.

City of Powell Electrical Superintendent Steve Franck said the outages were caused by a failing arrester. Arresters protect electrical infrastructure from surges in power due to lightning or shorts in the system.

Franck said the exact cause of the arrester failure is unknown, but they can fail over time due to water getting inside, lightning strikes or stresses of surge currents.
When the device failed, Franck said, a direct path to ground caused the breaker to trip at the substation.

The problem and subsequent work to address it caused a series of four outages, the first of which occurred shortly after 3 p.m., lasting about a half-hour. Another followed about 5:15 p.m. and again lasted a half-hour. Two brief outages followed around 7 p.m. and 7:30 p.m.

By 8 p.m., power was fully restored and all repairs completed.