According to data released by the National Park Service this week, drivers hit … 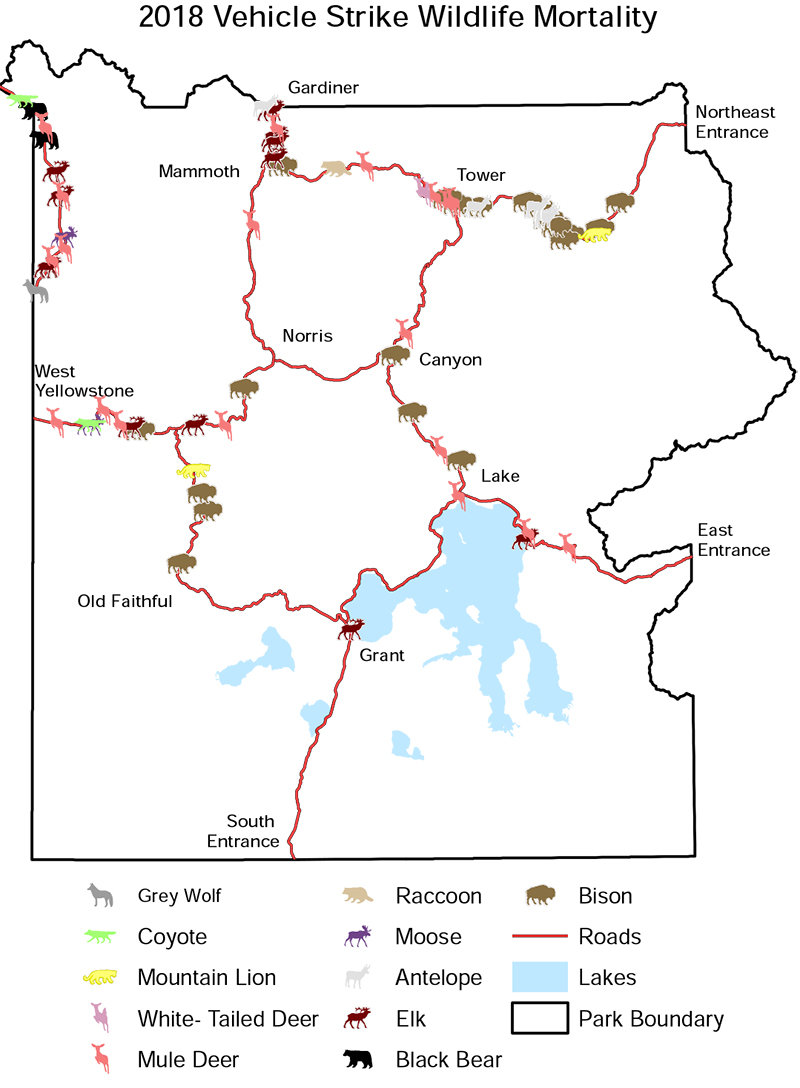 According to data released by the National Park Service this week, drivers hit and killed a total of 76 large mammals on park roads in 2018.

Bison and mule deer were the species struck the most often, with 25 and 20 animals killed, respectively. Yellowstone elk also took a hit, with 13 of the ungulates taken out by vehicles in 2018.

Other animals to die in collisions in the park included seven pronghorn, three black bears, two moose, two mountain lions, one whitetail deer, one wolf, one coyote and a raccoon.

Hot spots for collisions included Yellowstone’s famed Lamar Valley, the Tower-Roosevelt area, the stretch between Gardiner, Montana, and Mammoth Hot Springs and U.S. Highway 191, which cuts across the northwest corner of the park. It was on U.S. 191 that two of the black bears, the wolf and a moose met their end last year, according to a park-produced map.

A relatively small number of animals were killed in the Lake, Canyon, Grant Village, Norris and Old Faithful areas.