Even if delisting procedures move forward without a hitch, it would be 2017 before the bears could be hunted in Wyoming. 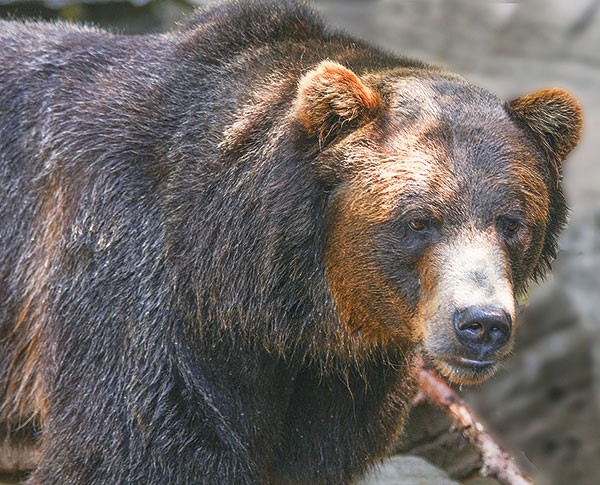 As the U.S. Fish & Wildlife Service decides whether to remove Greater Yellowstone Ecosystem (GYE) grizzly bears from federal protections next year, there are various perspectives from proponents and opponents.

Even if delisting procedures move forward without a hitch, it would be 2017 before the bears could be hunted in Wyoming.

“We continue to work with states, tribes and other partners to ensure that a robust conservation plan is in place to maintain a recovered grizzly bear population in the absence of ESA (Endangered Species Act) protections,” Baker said.

“This decision is clearly driven by political expediency, not the sound science that has made the Endangered Species Act so successful,” said Bonnie Rice, Sierra Club Greater Yellowstone/Northern Rockies senior campaign representative in Bozeman, Montana.

Population growth has slowed in recent years inside the Demographic Management Area (DMA). In the 1990s, the population was growing at 4 to 7 percent yearly. In the last decade it has been 0.3 to 2 percent annual growth.

“Politics have no place in wildlife management,” Baker said. “The U.S. Fish & Wildlife Service relies on the best available science in making decisions, including the potential delisting of the Yellowstone grizzly bear.”

Grizzlies are expanding outside the DMA, indicating carrying capacity has been reached and there is a surplus of grizzlies, said Brian Nesvik, Wyoming Game and Fish Department chief of the Wildlife Division.

Nesvik said he doesn’t believe a total of 100 grizzlies would be killed annually in all three DMA states.

Even if 100 grizzlies were removed annually through hunting and other deaths, the population would continue to produce offspring, said Renny MacKay, Game and Fish communications director.

The Yellowstone grizzly bear population suffers from increasingly fragmented and disconnected habitats, according to a report recently released by the Endangered Species Coalition. Without wildlife corridors, migration routes, and other connected habitat, grizzly bears cannot continue to reproduce, find food, disperse, and maintain enough diversity in their populations to survive into the future.

“You don’t have to be a scientist to understand that declining population, loss of food sources, and isolation from other bears are threats to the long-term survival of the Yellowstone grizzly,” said Sylvia Fallon, Natural Resources Defense Council senior scientist in Washington, D.C. “Yet the U.S. Fish and Wildlife Service is poised to remove these bears from the Endangered Species list, an action that would likely leave the population isolated forever.”

“Recovery is based on more than just the number of bears in the ecosystem. It depends upon a combination of factors including quantity and quality of habitat, adequate regulatory mechanisms, and a good balance of male and female bears that are well-distributed throughout the ecosystem,” Baker said.

Fish & Wildlife considers 600 bears to be the lower limit at which there is no management and discretionary mortality is no longer allowable, Baker said. “The goal would be to manage for approximately 674 grizzly bears to ensure a sustainable and resilient population that utilizes the entire available habitat in the Greater Yellowstone Ecosystem. We do not anticipate population numbers to dip down to 600 bears.”

The state of Wyoming has discussed mortality limits with Fish and Wildlife, Nesvik said.

Mortality limits are based on the population average from 2002-14 inside the DMA, which is essentially grizzly habitat across the Greater Yellowstone Ecosystem in northeast Idaho, Montana and Wyoming, Nesvik said.

The above numbers only apply in the DMA, Nesvik said. Grizzlies outside the DMA wouldn’t be counted.

Assuming the delisting process happens, which takes one year, hunting in Wyoming wouldn’t begin until 2017, if OK’d by the Wyoming Game and Fish Commission. However, Nesvik said he doesn’t know if the commission would authorize hunting.

According to Section 4 of the ESA, downlisting or delisting the species may occur if threats have been determined to be eliminated or sufficiently reduced. First, a proposed rule would need to be published in the Federal Register for review and comment by other federal agencies, state biologists and the public, as well as the advice of independent species experts. After analyzing the comments, Fish and Wildlife would respond to them and announce its final decision in the Federal Register, either completing the final rule or withdrawing the action and maintaining the current species’ status.

The commission would have to weigh seasons, quotas and pubic input prior to making a decision, MacKay said.

Game and Fish management would probably recommend grizzly hunting to the commission. If there is a season, it’s unknown what the quota would be. “Suffice it to say it would be a very conservative number,” Nesvik said.

It would probably be some sort of drawing, Nesvik said.

State law requires licenses would be $600 for residents and $6,000 for non-residents, MacKay said.

The cost of delisting

There’s no estimate on how much it would cost taxpayers if a decision to delist the Yellowstone grizzly bear were litigated, Baker said.

According to the Department of Defense, the U.S. Fish and Wildlife Service Mountain-Prairie Region defended 23 lawsuits relating to the ESA filed by conservation groups between fiscal years 2009-12, at a cost of $1.87 million in attorney fees, Baker said. Not all ESA lawsuits are filed by conservation groups. Private land owners, pro-development interests, and states are a few of the other entities.

“No group receives federal funding to file lawsuits,” Baker said. “The courts can award costs to a party who prevails against the federal government. The Department of Justice has authority for negotiating fee claims.”

“We’re spending $1.9 million right now per year,” Nesvik said. For the last 40 years, Wyoming hunters have contributed $40 million in license fees, or 80 percent of the funding for grizzly recovery efforts.

There are more black bears and mountain lions now in Wyoming because of Game and Fish management efforts, MacKay said.

“You can look at our track record with large carnivores and it’s pretty darn strong,” Nesvik said.

Mike Hirsch of Powell killed the first wolf in Wyoming on opening day in 2012 after the canine was temporarily delisted. Human-bear conflicts would cease, if grizzlies feared being shot by hunters.

“Let’s hunt them,” Hirsch said. “I believe it’s our state’s right to manage them.”

“To remain viable, this population of grizzlies need a secure future with a diversity of food sources and an effective plan to help people and bears avoid conflicts,” Fallon said. “And, above all, the bears need the freedom to roam so they can maintain genetic diversity by breeding with other grizzly bear populations found to the north and west.”