Newly released statistics show 2018 was the deadliest year on record for the region’s grizzly bears.Wildlife managers in Wyoming, Montana and Idaho euthanized a total of 42 grizzlies last year … 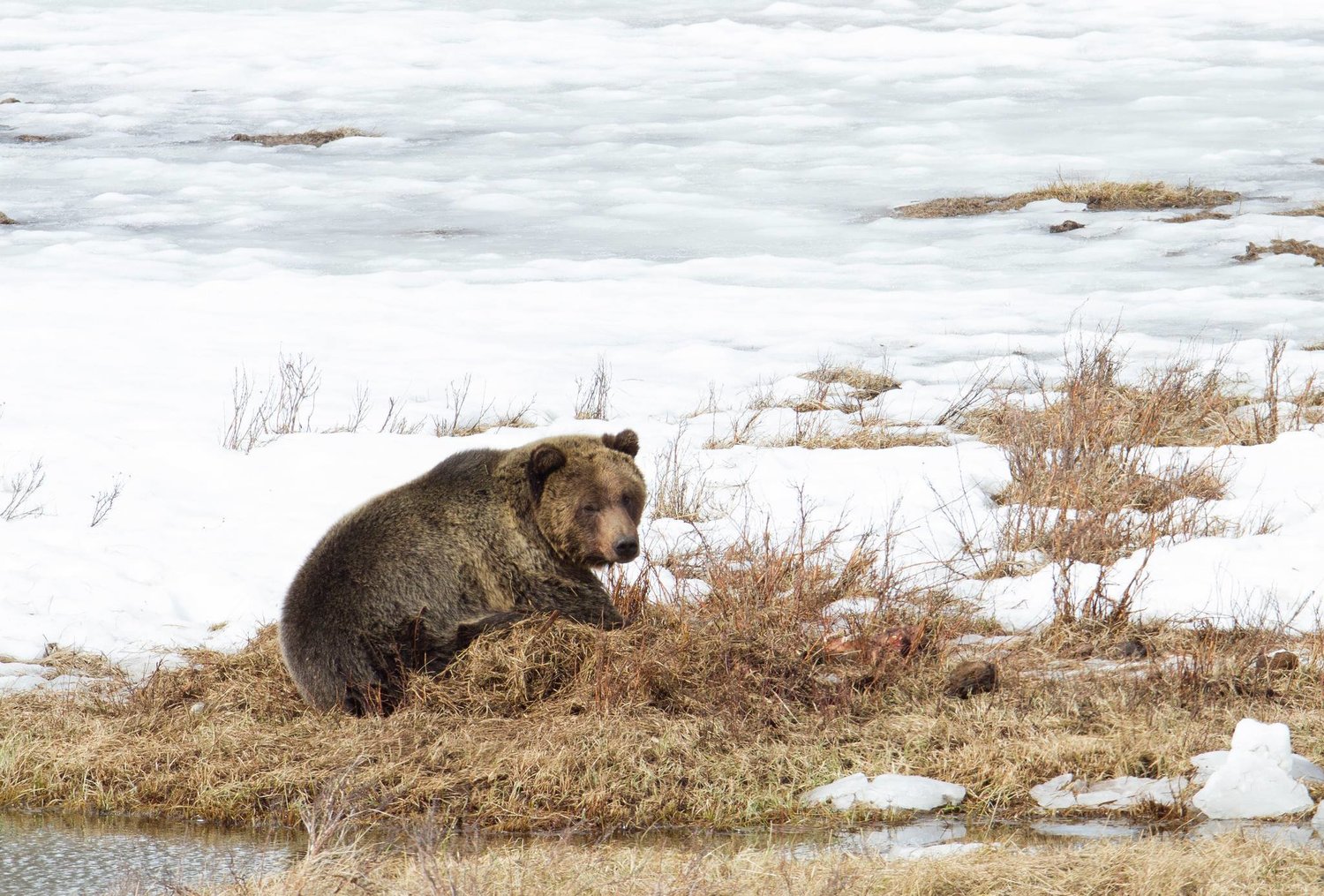 A grizzly bear browses in Yellowstone National Park earlier this month after being one of the first grizzlies spotted to have come out of hibernation. Grizzlies are roaming further south and east from the park, coming into increasing conflicts with humans and livestock.
Photo courtesy National Park Service
Posted Tuesday, March 26, 2019 8:29 am
By Mark Davis

Newly released statistics show 2018 was the deadliest year on record for the region’s grizzly bears.

Wildlife managers in Wyoming, Montana and Idaho euthanized a total of 42 grizzlies last year — including 32 in Wyoming. That was a record number of “lethal removals” in the state — up 45 percent from the previous record of 22.

Regardless of the bears’ legal status, Wyoming Game and Fish Department biologists say the increased euthanizations reflect that the carrying capacity of suitable grizzly habitat in the Greater Yellowstone ecosystem is maxed out; as grizzly bears move out of the places deemed to be suitable habitat, more and more bears are getting into conflicts with people and livestock.

At last week’s Wyoming Game and Fish Commission meeting in Cody, the department’s top two large carnivore experts detailed 2018 conflicts that resulted in the loss of a man’s life and four human injuries, plus dead livestock and pets. The newly elected president of the commission, David Rael of Cowley, stopped the report to ask for clarification.

Rael’s question was pointed: “For the record, we were shut down on a 24-bear quota [hunt] by Judge Christensen and we euthanized 32?”

Brian DeBolt, Wyoming Game and Fish Department large carnivore conflict coordinator, confirmed the number. DeBolt pointed out a portion of the bears that were lethally removed could have been available for harvest had Wyoming’s grizzly hunt been allowed to run as scheduled. It’s impossible to say whether hunters would have taken the same bears trapped by the large carnivore team.

To be accurate, many of the removals weren’t authorized by Game and Fish biologists, but by the U.S. Fish and Wildlife Service, which has managed grizzlies since they returned to federal protections in late September.

Rael has been on a grizzly-trapping mission with the large carnivore team, follows its progress closely and presumably knew the answer to his own question — which appeared to be a jab at the federal judge.

During the recent legislative session, Wyoming lawmakers overwhelmingly passed a pair of bills expressing their displeasure with the grizzlies’ relisting. One bill theoretically allows the Game and Fish Commission to hold hunts in spite of the judge’s decision and says grizzlies scheduled for euthanization can be relocated to California or other states willing to accept them.

It highlights a changing attitude toward the Greater Yellowstone Ecosystem’s top predator.
Following Judge Christensen’s ruling, “quite honestly, there’s a different level of tolerance with the general public,” said Dan Thompson, large carnivore program coordinator for the Game and Fish.

While environmental groups, tribes and thousands of people across the nation were in an uproar over the possibility of grizzly hunts near Yellowstone National Park borders, Park County residents are increasingly growing weary of conflicts as the footprint of areas inhabited by grizzlies continues to grow. The total number of conflicts by all predators are driven by grizzly bears, DeBolt said.

Despite the high number of grizzly bear trappings, relocations and removals, the majority of work done by Game and Fish biologists and game wardens is prevention and education, DeBolt said.

“If we get a report of a conflict, our last resort is to have to trap that bear and to relocate or remove it,” he said.

Dusty Lasseter has been with the Game and Fish for a decade and works exclusively with large carnivores. He’s seen thousands of dead livestock and trapped more than 100 grizzlies. Along with the rest of the large carnivore team, it’s fair to say they have more experience with grizzlies than any group of biologists in the continental U.S.

Lasseter said he’s seeing grizzlies quickly moving into areas south and east of suitable habitat. He’s been on teams that recently removed grizzlies from light residential, recreational and agricultural areas — including in Clark, the Willwood south of Powell and as far east as Byron.

Lasseter told the commission he has also seen wolves moving east. The team removed 27 wolves in 2018, a number that is about half of those removed by the U.S. Department of Agriculture’s Wildlife Services division. Reports and testimony, including from Rael, put wolves in the Bighorn Mountains — where dispersed camping is king of the mountain.

In an effort to decrease the number of wolves, the Game and Fish extended its 2018 hunting season by a month and raised the quota. Only wolves taken in the trophy zone — the northwestern corner of the state that officials consider to be suitable habitat — are counted. Those killed elsewhere in Wyoming (known as the predator zone) can be taken without regulation and don’t count against the quota.

The large carnivore team doesn’t have easy jobs. And being on the team makes them extremely unpopular in certain circles. On a recent Powell Tribune article that quoted Thompson, a commenter from New York suggested he was an undereducated “yahoo.”

“We have national and international scrutiny on everything we do,” said Thompson, who holds a Ph.D. from South Dakota State University in Brookings.

While the State of Wyoming, the federal government and others appeal the federal judges’ ruling, the large carnivore team will be “working to come up with a more accurate population assessment for grizzly bears,” Thompson said. Current counting methods are known to be conservative. The Game and Fish will also continue to compensate area livestock and agricultural producers for losses to predators. The agency paid nearly $1 million in claims in 2018 — including more than $763,000 for wolf and grizzly damage claims alone.

“We’ve seen an increase in livestock depredation because they’re moving in to more human dominated landscapes,” Thompson said of grizzlies and wolves in a recent interview. “There are now more potential for those conflicts.”