Though history remembers George Armstrong Custer for his battles — particularly the last one — the Army general was “a big softy” when it came to dogs. 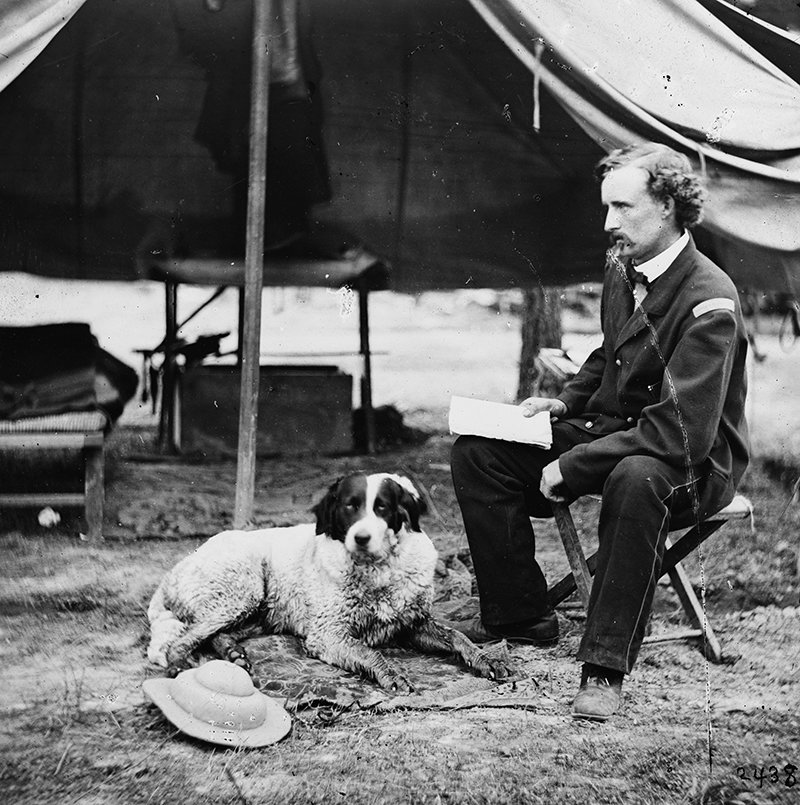 This photograph of George Armstrong Custer was taken during the summer of 1862 in camp. A dog lounges on a rug.
Photo courtesy Library of Congress, LC-B811-2344 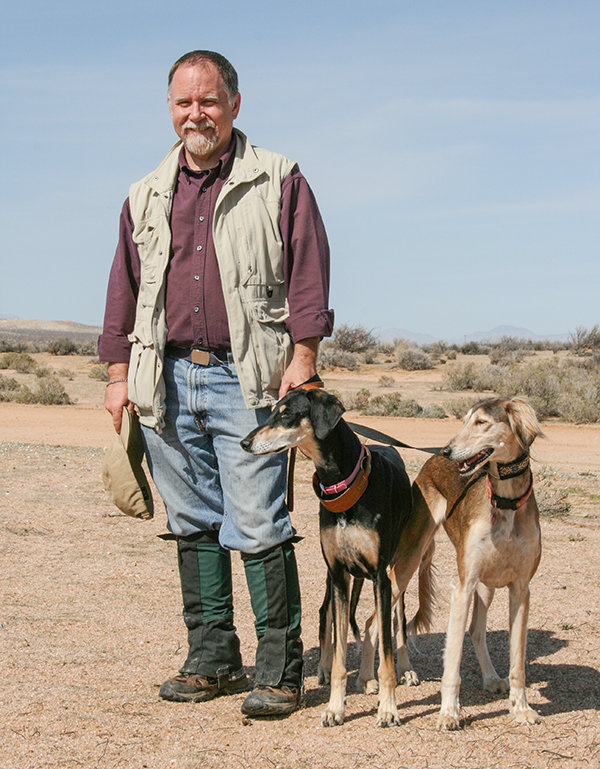 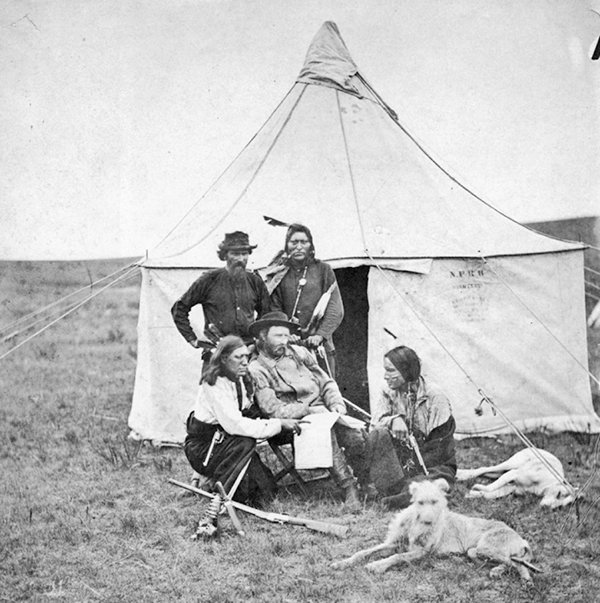 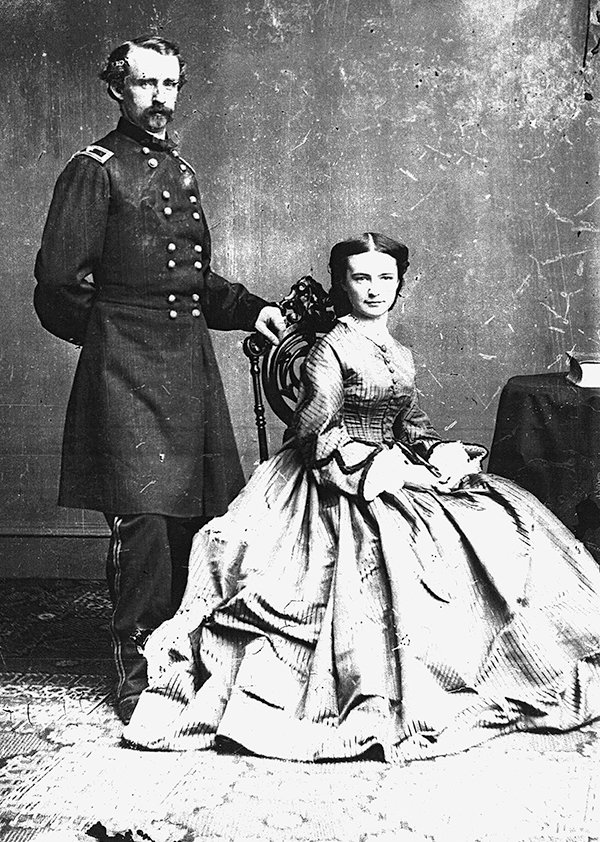 George Armstrong and Libbie Custer never had children, and the couple’s dogs became ‘their surrogate family,’ said Brian Patrick Duggan, a canine historian. Duggan is the author of ‘General Custer, Libbie Custer and Their Dogs: A Passion for Hounds from the Civil War to Little Bighorn.’
Photo courtesy 1881 Courthouse Museum, Custer, South Dakota
Previous Next
Posted Wednesday, June 24, 2020 8:05 am
By Tessa Baker

Though history remembers George Armstrong Custer for his battles — particularly the last one — the Army general was “a big softy” when it came to dogs.

“That’s a lot of dogs,” said Duggan. “But if you’re the lieutenant colonel of the regiment, you have people to help you.”

Duggan spent many hours researching the Custers and their canines for his book, titled “General Custer, Libbie Custer and Their Dogs: A Passion for Hounds, from the Civil War to Little Bighorn.”

“No historian had ever written anything about the Custers and their dog life. There’s plenty of stuff written about all the battles and this, that and the other thing,” Duggan said during a presentation at the Buffalo Bill Center of the West last year. “The dogs get mentioned here and there, but they’re footnotes, they’re afterthoughts, they’re mentioned in parenthesis.”

The Custers considered their canine companions more than afterthoughts — the animals were an important part of their lives.

Custer owned dogs throughout the course of the Civil War, but it’s uncertain exactly how many.

“If you were an officer, you could have a dog. If you were a general, you might have a few more dogs,” Duggan said.

During the early part of the couple’s marriage, Libbie was “just tolerant of the dogs,” Duggan said.

“She writes about them in an amusing fashion, but you can tell there’s no connection here with her husband’s dogs,” he said.

At one point, Custer tried to get his wife a purebred Chihuahua from San Antonio, Texas.

“This was 1866; that was a very rare breed in America at that time,” Duggan said. “That didn’t work out for whatever reason, but he tried.”

Several years later, Custer attempted to get Libbie another pet: a Japanese spaniel.

“Well, that doesn’t work out either,” Duggan said. “So Libbie never gets the pet dog, the toy dog that Custer hoped for, but she does come to like these big rollicking dogs that they have.”

After the Civil War, Custer was stationed in Texas and it was there that Libbie became a dog person, Duggan said.

She was given a pointer named Ginnie, and a photograph from 1866 shows the dog laying on top of Libbie’s skirt.

“There’s clearly a close connection for this dog,” Duggan said.

Ginnie was allowed to sleep in a bed just outside of the Custers’ door, and one morning they awoke to find her bed was empty. Custer found her under the servants’ quarters with a litter of seven puppies.

“The war hero, General George Armstrong Custer, eagerly wriggled under the crawlspace and handed out the puppies to Libbie,” Duggan writes in his book. “Nothing would do but for the mother and her ‘pulpy, silken-skinned little rolls’ to be placed in the Custers’ bed to be admired and lovingly inspected.”

If the beloved pet Ginnie had made Libbie “a fledgling dog person, then her puppies sealed the deal,” Duggan writes.

“For the childless Custers, their dogs would become their surrogate family,” Duggan continues. “Armstrong doted on the puppies, and when two became ill, he searched for cures in his dog book.”

Even when they already had dozens of dogs, the Custers still kept puppies.

While Custer often traveled with his dogs, the canines didn’t join him at The Battle of the Little Bighorn, often referred to as Custer’s Last Stand.

Artist Edgar S. Paxson arrived in Montana in 1877, the year following the famed battle, and researched the details for a painting of the fateful day. In a letter to Edward Settle Godfrey, who served in the 7th Cavalry Regiment and survived the battle, Paxson asked whether Custer’s dogs were with him.

In his response, Godfrey wrote that the dogs were left with the wagon train.

The dogs do not appear in Paxson’s famous painting of Custer’s Land Stand, which is on display at the Buffalo Bill Center of the West’s Whitney Western Art Museum.

“I don’t know, but it’s interesting to speculate,” he said.

After Custer’s death, his wife never visited the battlefield, despite invitations to attend anniversary ceremonies at the site, Duggan said.

“Curiously, Libbie never had dogs again, although she continued to write about them with great feeling,” he said.

She had to find homes for their pack of more than 40 staghounds and foxhounds.

“The country-wide effort to help Libbie place the dogs she and her husband so loved, including Lady, Swift, Magdie, Kaiser, and the Custers’ favorites, Tuck and Cardigan, was to become America’s first national dog rescue effort,” Duggan wrote.

Libbie spent nearly all of the rest of her life in New York, Duggan said, and she could have had a small dog if she was so inclined.

“Personally, I think having a dog would have been a very painful reminder of her life with Armstrong and that’s why she chose not to have one,” he said.

Duggan’s book about the Custers and their dogs is the result of over 14 years of research. Duggan and his wife, Wendy, have had Salukis — among the world’s oldest dog breeds — for 40 years. They serve as judges for the American Kennel Club.