The head of Cody’s economic development organization says he remains optimistic about what Kanye West’s businesses can bring to the community, but he’s also expressed some concern … 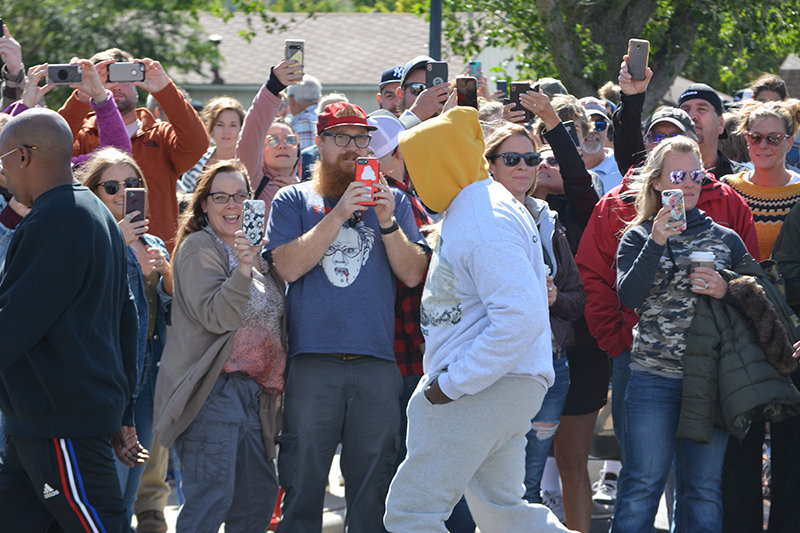 Kanye West walks past a crowd of fans at the Buffalo Bill Center of the West in Cody in September 2019, prior to a ‘Sunday Service.’ West bought a ranch south of the city that summer and later relocated a portion of his business to Cody. However, an economic development leader said last month that he wishes the company would be more clear about its plans.
Tribune file photo by CJ Baker
Posted Tuesday, December 1, 2020 8:15 am 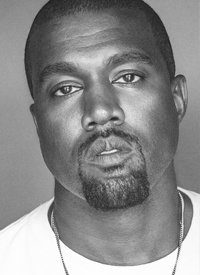 The head of Cody’s economic development organization says he remains optimistic about what Kanye West’s businesses can bring to the community, but he’s also expressed some concern about the opportunity disappearing.

After buying a ranch south of Cody last year, the billionaire musician and entrepreneur moved a portion of his apparel business, Yeezy, to the city. The company quickly began advertising for jobs, sparking hopes that West’s arrival could be an economic boon for the area.

But during the Nov. 12 edition of KODI’s Speak Your Piece program, host Darian Dudrick noted there’s “a lot of rumors floating around” regarding West potentially moving Yeezy out of Cody.

Forward Cody CEO James Klessens, Dudrick’s guest for the day, said that he has “not changed too many of my perceptions about what that organization could do within this community: I think there’s a real positive, a real upside to what was occurring.”

However, “there’s a lot of uncertainty about what and how to do the things that they needed to do,” Klessens said, describing Yeezy’s approach as “stacking marbles.”

“You might have some cursory success — and it may seem like it — but pretty quick, they all kind of fall apart again, and you gotta start over,” Klessens said on KODI. “And that’s a concern, because we don’t need to be in a position where we cast our hopes towards something, and then have them taken away, and then they come back, and they have them taken away.”

“And I’ve seen a little of that with that organization,” he continued. “And it doesn’t bode well for relationships when you’re ‘here today, gone tomorrow,’ type of a relationship.”

West and Yeezy have set up a shoe and apparel manufacturing facility in the former Cody Laboratories warehouse on Road 2AB, leasing space from Forward Cody and Cody Labs’ parent company.

On KODI, Klessens said Yeezy workers have been continuing to build shoe prototypes at the 2AB site and have plans to modify the mechanical systems in the building.

“They seem to be intent on being where they’re at — but I know that the process has slowed somewhat,” Klessens said. “And so that may indicate that there’s some vacillation, but you know, nothing that I can officially report, or even comment on.”

In an interview on the Joe Rogan Experience last month, West indicated that Yeezy was using its facilities in Cody to produce its Foam RNNR shoes.

“We built a factory for it in Cody, and you can make these in 25 minutes,” West told Rogan.

He gave no indication that he was planning to leave Cody, but did mention that, “in the past couple months [I] have been going to Atlanta for two days a week or three days a week, because I’m building this … soundstage.” West also said the president of Haiti had given him an island in Haiti “to develop, to make a city of the future.”

In addition to the site on Road 2AB, West also purchased a building and six nearby lots on Cody’s Big Horn Avenue that encompass around 10.5 acres. The building there served as the official headquarters for West’s presidential campaign and he has a temporary storage tent set up at the site; Klessens said some sewing work was conducted there at one point, but the plans for the property have remained in flux.

Phase 1 involves continuing to use the temporary, 4,800 square-foot tent building. At West’s request, city officials originally permitted the tent to remain in place for six months — from March through September. However, Yeezy later asked city planning officials for permission to use the building for an additional year.

Cody City Planner Todd Stowell wrote in an August staff report that he was “not overly surprised” by the request for an extension, “as six months seemed quite aggressive to develop a plan for the property and get the new buildings constructed.”

Stowell said he believed it was appropriate to let West use the tent for another year, “provided there remains a commitment to further develop the site with structures that are more permanent and aesthetically compatible.”

The city’s planning board approved an extension that will allow the temporary tent to remain in place until Sept. 15, 2021.

That’s conditioned on West’s representatives submitting a site plan for the property’s second phase by April 26. August’s letter from Yeezy indicated that the plans for the property remained up in the air.

Phase 2 could start next spring and “might consist of steel structures for phasing of construction to the overall site plan,” the letter said, but was still “to be determined.”

That would be followed at some point in the future by “a larger construction project for the lots” in Phase 3. It would include “workspaces for fabrication and [research and development],” with potentially some “intermediate buildings” constructed to “transition into the newly developed workspaces,” the letter said.

“Please be aware that these phases are speculative,” the message concluded, “and we will work with the planning and zoning committee as things change.”

During the Nov. 12 Speak Your Piece, host Dudrick mentioned that, “everybody knows that Kanye [West] beats to his own drum and he has the right to do whatever he wants; you just don’t know.”

Klessens agreed completely, saying that West’s business “is his business.”

However, earlier in the interview, the Forward Cody CEO also expressed a desire for more certainty.

“I just wish that they would be clear about what their plan is, and then execute that plan,” Klessens said. “Here today, gone tomorrow is problematic for our town.”