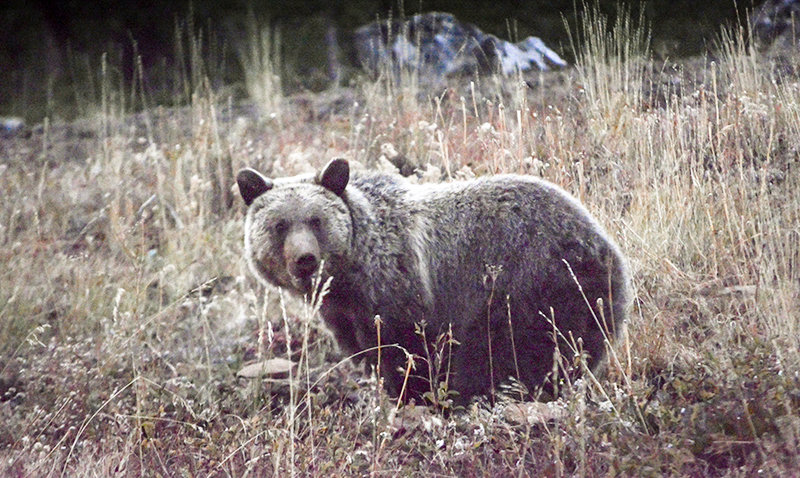 The U.S. Fish and Wildlife Service has tried to remove the region’s grizzlies from the list of endangered and threatened species for more than a decade — under Presidents George W. Bush, Barack Obama and Donald Trump. However, judges voided two delisting efforts in 2009 and 2018, finding that wildlife managers had not done enough to ensure the continued recovery of the grizzly bear. It’s unclear when the Fish and Wildlife Service might launch another attempt at delisting.

“I personally am a little bit tired of seeing wildlife management coming from the bench,” Park County Commission Chairman Lee Livingston said Tuesday. “The Endangered Species Act, in my opinion, is broken; it’s not being used correctly.”

“It was formed with all good intentions,” Livingston said, “but I believe it’s been hijacked.”

Commissioners contend the environmental groups that have challenged past delisting efforts in court “are motivated by
financial gain rather than the sound management of a recovered species.”

In their letter to U.S. Sen. Cynthia Lummis, R-Wyo., the county board endorsed her efforts to pass the Grizzly Bear State Management Act of 2021. The bill would not only delist the region’s bears, but also prohibit judges from reviewing the decision.

The number of grizzlies in the Greater Yellowstone Ecosystem sank to as few as 136 bears in 1975, but efforts by wildlife managers and area communities spurred a recovery. In recent years, federal officials have conservatively estimated there are more than 700 grizzlies in and around Yellowstone National Park.

When grizzly bears were listed as an endangered species in 1975, commissioners say Park County residents “agreed to pitch in and help in exchange for the promise that, once recovered, the bear would be delisted.”

Commissioners noted that residents changed the way they lived and recreated — including by storing food and other bear attractants, getting bear-resistant trash cans and building fences to keep the species out of schools and landfills.

Some 45 years later, they say the grizzly bear population is robust and healthy and has run out of room within its range.

“It is time for the federal government to uphold its end of the agreement made with the people who live and recreate in Park County and delist the grizzly bear,” the commission wrote, “and we feel the passage of this bill will do just that.”

U.S. Rep. Liz Cheney, R-Wyo., who’s sponsoring the Grizzly Bear State Management Act in the House, said management of the species should be returned to the state level. Cheney said the legislation would “stop the abuse of the court system by environmental extremists and safeguard the scientifically proven delisting determination so that politically motivated conservations cannot take advantage of that process.”

As the bill was considered in Congress last year, the National Parks Conservation Association said the Yellowstone area’s grizzly bear population “is on its way towards recovery,” crediting the efforts of state and federal officials and communities’ willingness to live alongside the bears.

“But recovery is not complete,” the NPCA said, saying the act would undermine and negate the progress made to date.

Additionally, the organization said the bill would “circumvent the crucial role of the judicial system in the implementation of one of the nation’s bedrock conservation laws.”

The Grizzly Bear State Management Act failed to pass Congress in prior years, and Wyoming’s all-Republican delegation now faces Democratic control in both chambers, making it a particularly uphill fight.

Chairman Livingston recalled that Rep. Cheney first suggested the Congressional delisting of the Yellowstone area’s grizzly bears several years ago. At the time, however, Livingston said he and others felt it was unnecessary, as the Fish and Wildlife Service was about to make another attempt to delist the population.

“I got regrets,” he said Tuesday. “I wish we’d started back then, because it probably stood a better chance of passing into Congress a few years ago than it does under this environment.

Center of the West to hold Holiday Open House 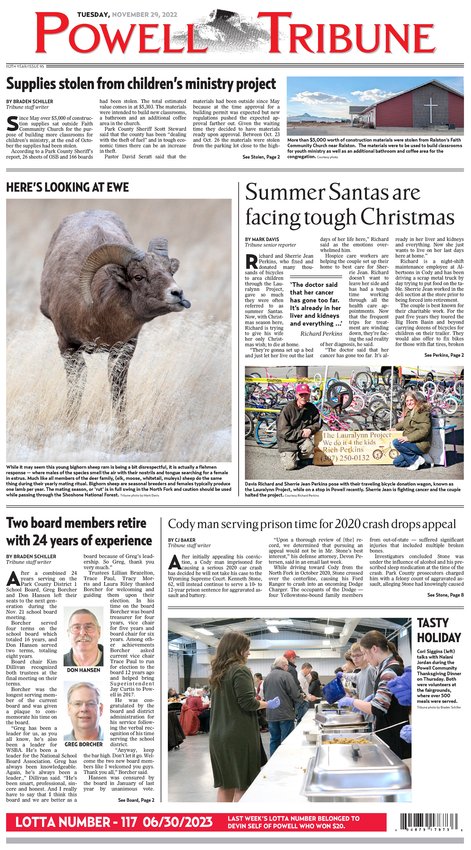