Third Republican to run for SD18

Stefanie Bell, a longtime member of the Cody school board, is joining the race to represent much of Park County in the Wyoming Senate.

“I am a leader with the determination, experience, and …

Third Republican to run for SD18 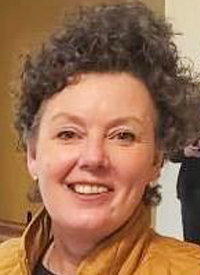 Stefanie Bell, a longtime member of the Cody school board, is joining the race to represent much of Park County in the Wyoming Senate.

“I am a leader with the determination, experience, and skills to represent Park County,” Bell said in a Monday statement announcing her candidacy for Senate District 18.

In many of her 20 years as a member of the Park County School District No. 6 Board of Trustees, Bell has served as a legislative liaison for the board, working closely with lawmakers and participating in all phases of the legislative process. She helped pass bills that expanded the use of the state’s Hathaway scholarships at Wyoming’s community colleges and helped boost worker’s compensation coverage for special education teachers, among others.

Bell said she’s thought about running for the Senate seat for the past four years, has spoken to Coe about the position for the last two years and has been “studying” for the position since September.

Bell said she would bring a strong work ethic to the job.

“Anybody who watches the legislative session just knows that it’s fast and furious. And unless you’re going to rely on someone else just to tell you how to vote, you have to do the work. And that requires early mornings and late nights, and a lot of reading,” Bell said. “And that’s what I do.”

On the Cody school board, Bell has been through her fair share of controversial issues, ranging from challenged reading materials and library books to arming school staff.

She sees many benefits in collaborating with others and listening — and she loves honing policies and words.

“I have worked just as hard on policy that I didn’t agree with, as on policy that I advocated for,” Bell said. “And I think that’s my idea of representation, is that I’m not going to fold my arms to not help. I’m going to do the best job I can to make whatever is in front of me ... the best that it can possibly be. And I’m tenacious.”

A Sheridan native, Bell spent parts of her youth in Laramie, Big Horn and Kemmerer, before arriving in Powell in seventh grade.

“... The irrigation ditches were flowing and it was green everywhere. And I thought it was heaven,” she recalled.

Bell graduated from Powell High School and then Northwest College. She and her husband James then attended Pacific University in Forest Grove, Oregon, where she studied English. After graduating, Bell taught for a couple years in Oregon, until James earned his doctorate in optometry. They returned to Powell in 1991 and moved to Cody shortly after that.

“We just love both communities,” she said.

Since coming back to Park County, Bell has been a mother for the couple’s 10 children, including a son who died a few days after his birth in 2006.

“Life is precious, always,” Bell says on her website.

The couple’s children now range in age from 9 to 30, while Bell has remained active with the school board, her church and various organizations, including a group that advocates for children’s interests in court proceedings.

“People talk about minerals, about all of the things that we have of value in the state, and the most valuable thing we have in the state is not a thing. It’s our kids,” she said. “And I’m always going to be an advocate for quality schooling in the state of Wyoming.”

If elected, Bell said she will emphasize local control, suggesting that the Legislature should look to stay within its own lane.

Specifically, Bell said that lawmakers should work to stay more focused on the state’s budget during the biennial budget session.

“During the budget sessions, it’s so crowded with other issues that it seems like the budget sometimes just happens because there’s so many competing interests,” she said.

Bell added that, from her experience, “I can tell you … there are so many ways that we can make it easier for people in the State of Wyoming to keep track of what’s happening in Cheyenne.”

Under the traditional setup, Bell said people must travel to the capitol and testify in front of a committee meeting in order to be effective — assuming the meeting isn’t delayed.

She thinks that the current social distancing precautions have opened up a lot of minds as to what’s possible for remote participation.

Bell said she can speak to people’s desires to offer valuable input during the legislative session and said serving as a lawmaker is sometimes “just being a portal, just having that open ear.”