Bus barn burns, no one injured

Cause of fire under investigation

Bus barn burns, no one injured

Cause of fire under investigation 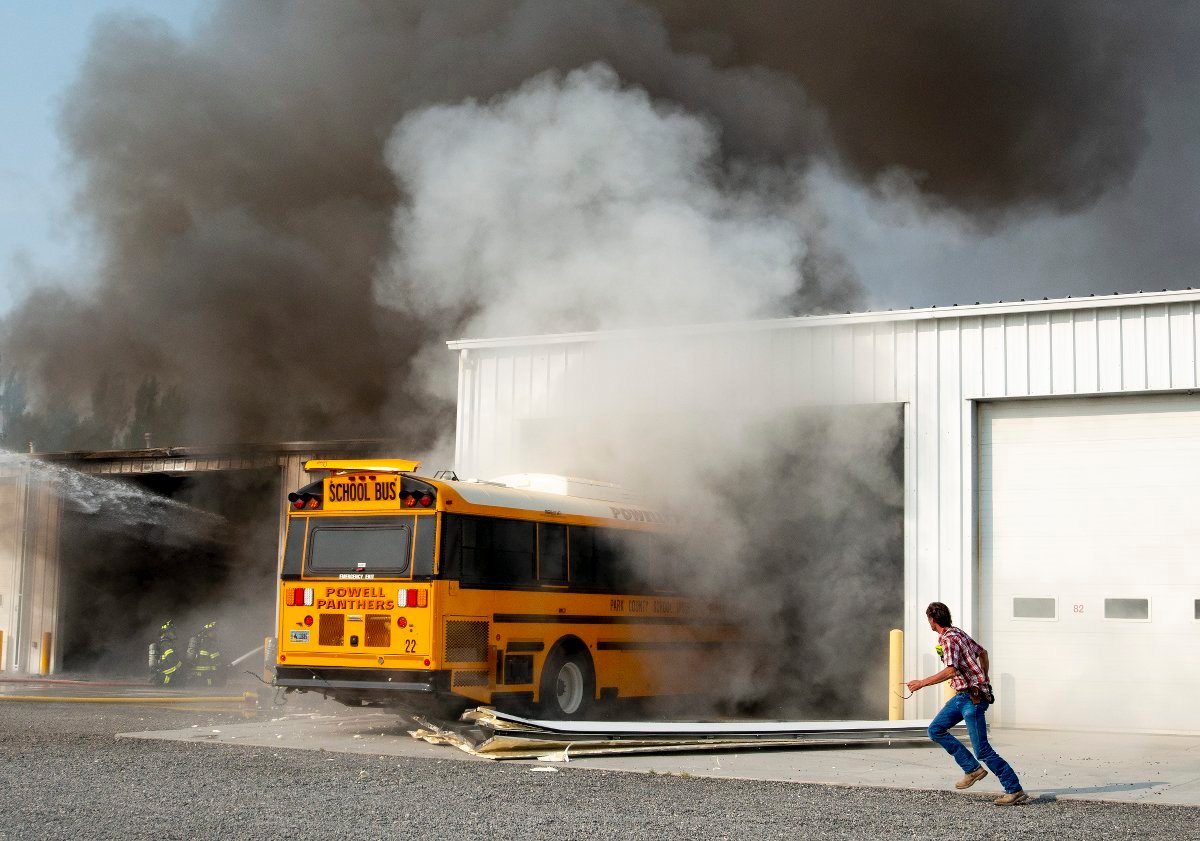 A Powell High School activities bus is driven out of the smoking bus barn on Monday morning. Powell firefighters were able to help save multiple buses and vehicles from the fire through quick action.
Tribune photo by Mark Davis 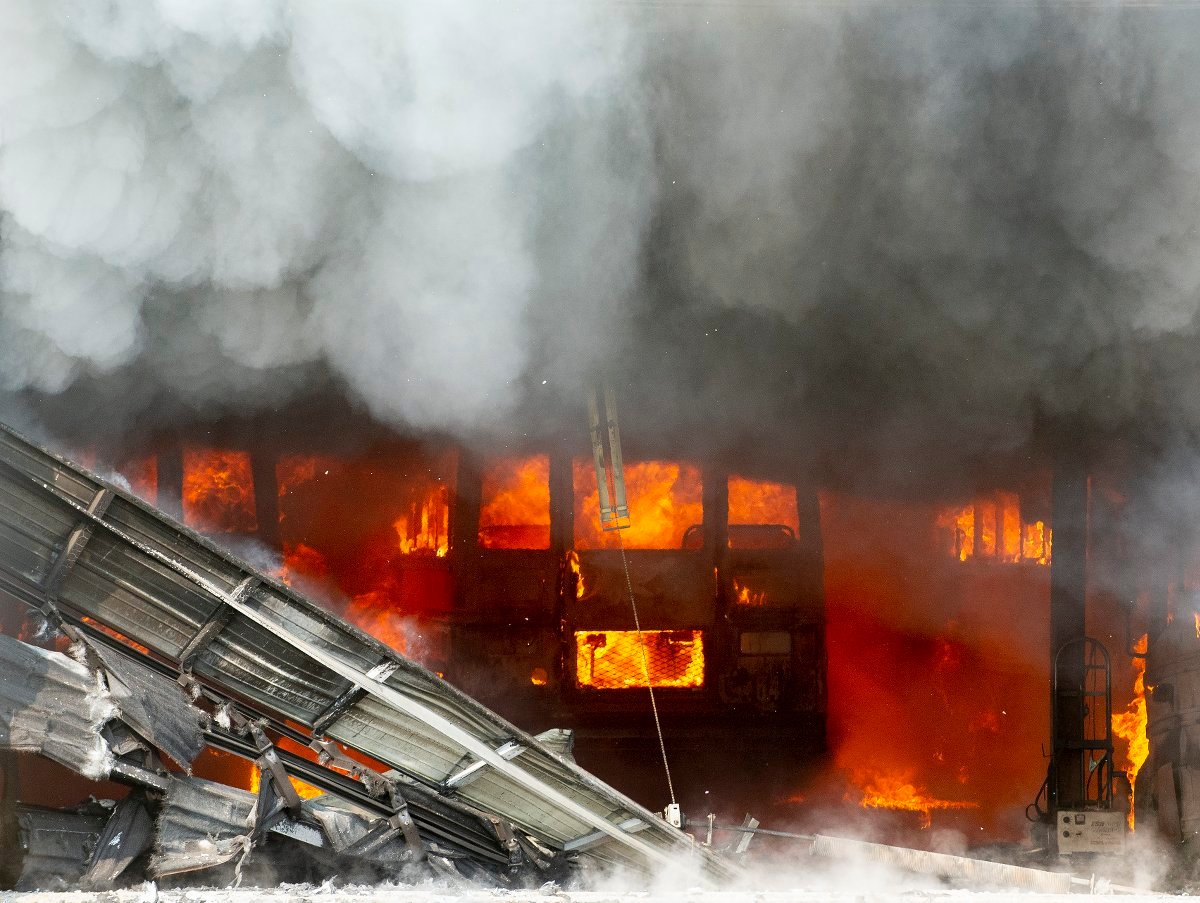 The Park County School District No. 1 bus barn, located at the corner of Lane 9 1/2 and Road 8 on Powell's southeast edge, caught fire on Monday morning.
Tribune photo by Mark Davis 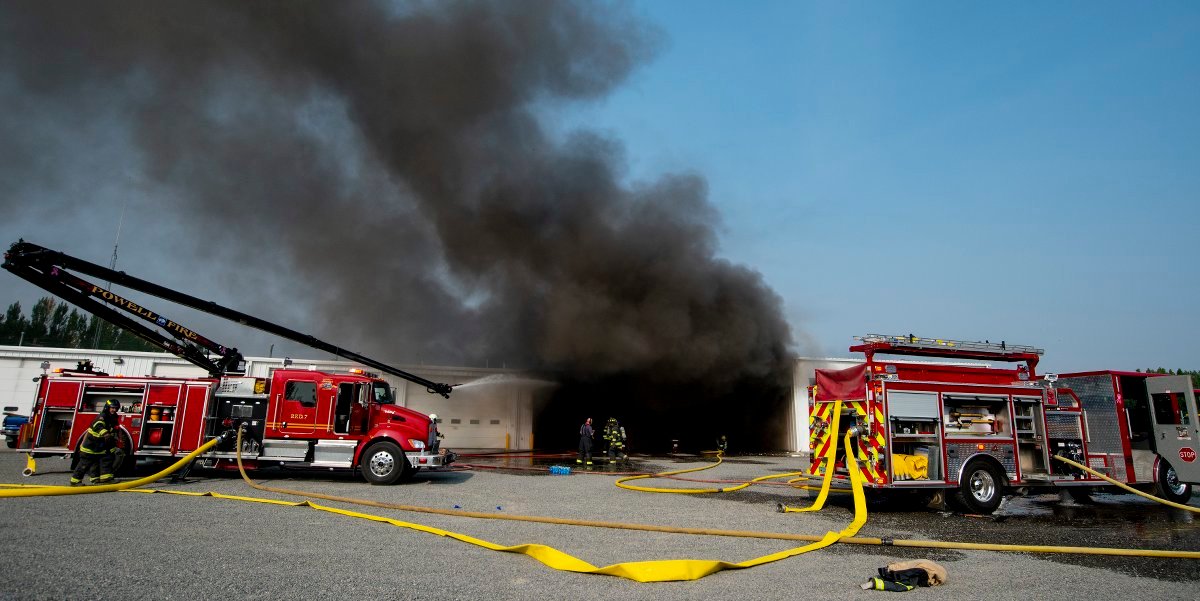 Smoke billows out of the Powell school district's bus barn Monday morning, while firefighters work to put out the fire.
Tribune photo by Mark Davis 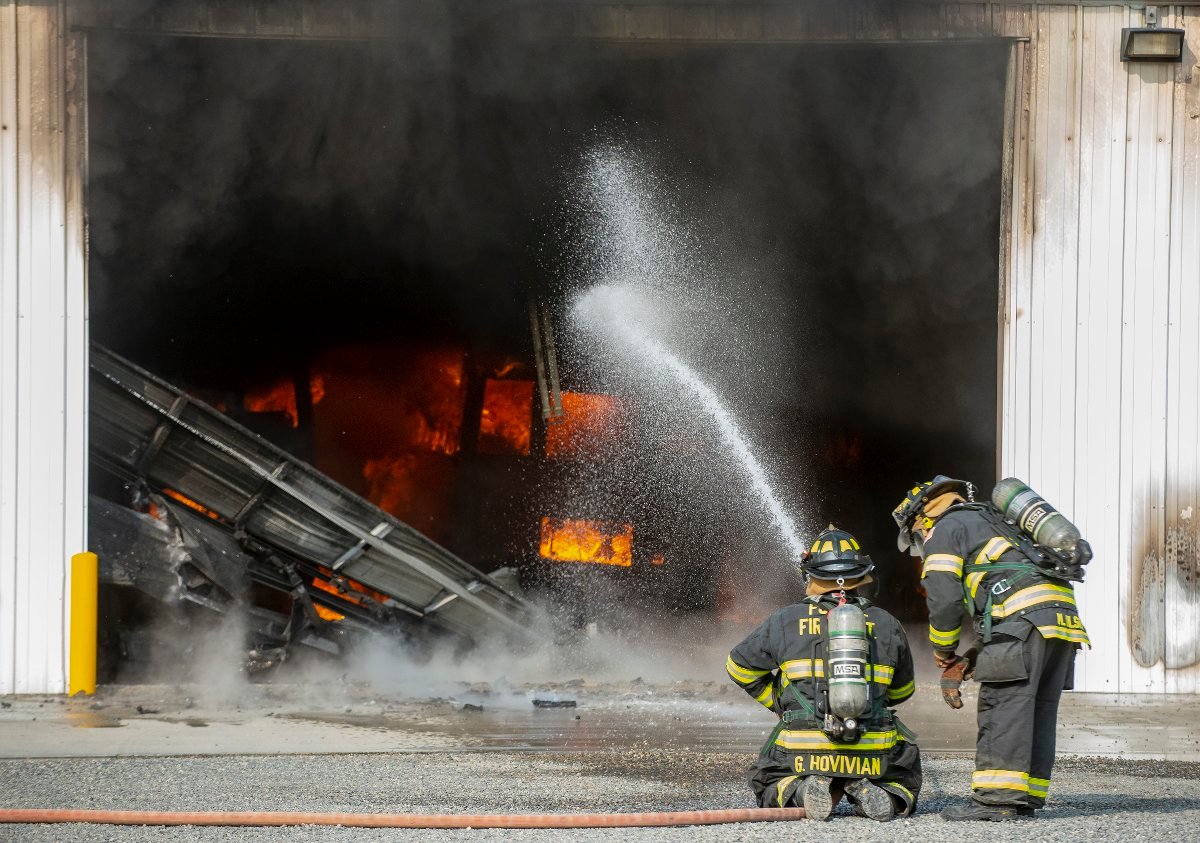 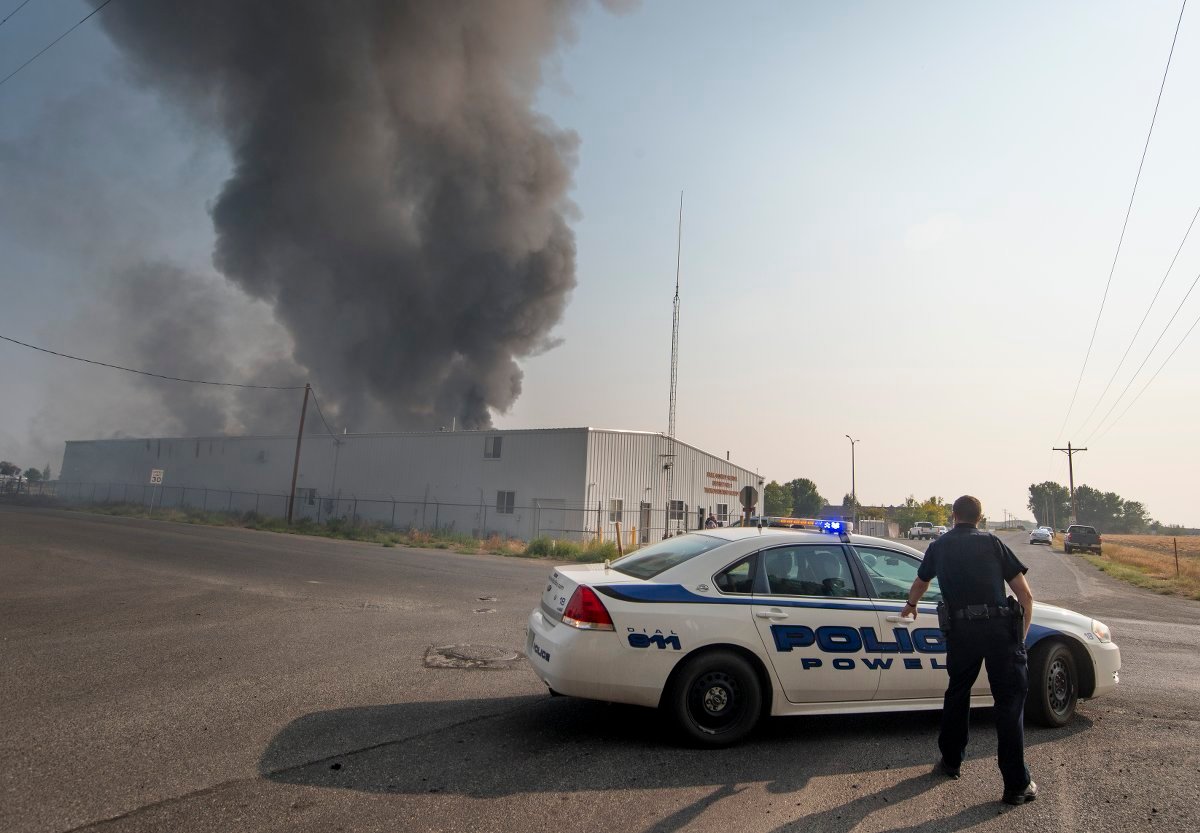 A Monday morning fire severely damaged the Powell school district’s bus barn and several buses. No one was injured in the blaze.

“All things considered, it could have been worse,” said Jay Curtis, superintendent of Park County School District No. 1. “The bus barn obviously received extensive damage and several buses were lost, but human life was not, and that’s the important thing.”

No staff members were in the building when the fire broke out and the cause remains unclear; firefighters were called to the scene around 9:35 a.m.

“Preliminarily, we think it actually started in one of the buses,” Curtis said Monday morning. “We’re not sure how … I just don’t want to speculate at all, but that’s what it seems.”

The superintendent praised the quick response of the Powell Volunteer Fire Department and first responders’ work at the scene.

“I was so incredibly and beyond impressed with the Powell Fire Department,” Curtis said. “This could have been so much worse if they weren’t as good as they are.”

Firemen arrived on scene “within just minutes,” as the fire station is not far from the transportation facility, but buses in the bay were already fully engulfed in flames. The bus barn is located at the corner of Lane 9 1/2 and Road 8 on Powell’s southeast edge.

“As the fire was rolling, some guys were just getting vehicles out of the barn to save them, so it was quite a spectacle,” Curtis said.

Firefighter Willie Onstine was able to crawl his way into a bay adjacent to the fire as it filled with smoke. He got into one of the school’s athletic buses and was able to get it started. The large bay door wouldn’t open, but after those outside the bay cleared a path, Onstine backed the bus through the doors, with a loud crash. He parked it a safe distance from the fire as smoke poured from the vehicle. Another team bus, a handicap accessible bus and three or four district SUVs were also able to be driven to safety after the door was pushed out.

“They did an amazing job,” Curtis said of the firemen.

It appeared that five route buses were destroyed in the fire, and a few more received heat damage from being close to the flames.

As for how the Powell-based district will transport students in the fire’s aftermath, “our neighbors from Cody and Lovell have already pledged a few spare buses for us to use while we're getting things worked out, so thanks to those school districts,” he said.

Park 1 was able to run all routes on the normal schedule Monday afternoon, Curtis said, and will be able to into the foreseeable future, thanks to the help from neighboring districts.

“Please do not be alarmed if you see your child getting on a Park 6 or Bighorn 2 bus, as those are the loaners that were provided as relief,” he wrote Monday in a message to parents and the community.

When the fire started, Transportation Supervisor Stephen Janes and mechanic Justin MaGill were taking some buses up to Billings for repairs. They turned around immediately and came back to Powell when they heard about the fire.

Christy Schwartz, administrative assistant for the transportation department, had left the bus barn around 9:18 a.m. to pick up a student. When Schwartz returned, the fire had already been called in and black smoke was pouring from the bays, she said. At least one of the bus bays appeared to be a total loss.

Powell Fire Chief Cory Baker warned those around the area to stay clear of the building on Monday due to the damage. A look inside showed sagging beams and several holes cut by the firefighters to gain access to the flames.

The bus barn had undergone improvements over the past year, including a new paint job. An investigator was expected to be on scene Monday afternoon to try to determine the cause of the fire.

Monday’s fire came during an already difficult year, as the Powell community and those around the country are dealing with the COVID-19 pandemic and all the challenges it brings.