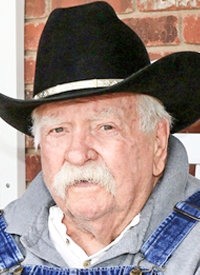 In 1955 he joined the United States Marine Corps and served in the Aleutian Islands. Upon his honorable discharge, he first worked as a ranch hand, wrangler, and blacksmith. In the 1960s Wilford’s horseshoeing skills for films and television parlayed into an acting career as a riding extra and stuntman. Wilford’s friend Robert Duvall encouraged him to continue his film career, which ultimately spanned more than 50 years.

Wilford starred in films including The China Syndrome, Cocoon, The Thing, Absence of Malice, Tender Mercies, The Natural, The Firm, and many more. His television productions included Seinfeld’s “The Postmaster General” episode, The Waltons, and the 1980s TV drama Our House. Wilford served as a longtime spokesman for Quaker Oats oatmeal, Liberty Medical Supply, and Binsons Medical Equipment and Supplies. His live stage work included A Christmas Carol and many performances of the two-person play Love Letters, most recently with his friend Katharine Ross. In addition to his film and stage work, he recorded six musical CDs and did extensive voice work. Wilford had the privilege of narrating many performances of Quiet Heroes, the symphonic salute to the flag raisers at Iwo Jima composed by Chris Brubeck. In 2016, he and Chris received special recognition for this beautiful tribute by the Marine Corps Heritage Foundation in Washington, D.C.

Diagnosed with diabetes in 1979, Wilford worked tirelessly to raise awareness for the disease by serving as a representative with the American Diabetes Association. The ADA honored him in 2008, recognizing his lifetime of service to this venerable cause. As a proud Marine, Wilford enjoyed offering his time to visiting U.S. Department of Veteran Affairs (VA) hospitals and communities, advising patients on managing their disease. In 2009 he and his wife Beverly founded Hands Across the Saddle (HATS) to provides a hand up, instead of a handout to individuals and families in the Big Horn Basin area of Wyoming. This special nonprofit continues to offer support for people facing financial difficulties or unforeseen problems, thanks to dedicated volunteers and donations.

Wilford’s passion for ranching led him across the Rocky Mountain West by way of Arizona, Idaho, New Mexico, Utah, and Wyoming. As an avid horseman, he found great joy in raising horses and cattle. A bona fide outdoorsman, Wilford’s interpretation of God was consistently expressed through his appreciation and gratitude of nature’s beauty. His love for cowboy culture was evident and impressively showcased through his gift of reciting poetry. Wilford had an amazing memory and especially enjoyed quoting his favorite poem, Stephen Vincent Benet’s “The Ballad of William Sycamore.” His fondness for music, particularly jazz and Western music, offered much enjoyment. He could often be heard singing treasured tunes such as The Folks Who Live on the Hill and Home on the Range. His innate gift of storytelling, both witty and significant, provided a great deal of entertainment for all those around. Wilford used his many gifts to show patriotism and pride for those who serve our country in the armed forces.

He was preceded in death by his first wife, Lynne, and infant son Lawrence.

Forever in our hearts, a celebration of Wilford’s life will be held at a future date. If you would like to honor his memory, we kindly ask that contributions be made to Hands Across the Saddle (HATS). The nonprofit charity he founded helps those who have fallen on tough times and need a hand up. All funds raised by the organization go to aid those in the Big Horn Basin. Memorial contributions can be mailed to P.O. Box 129 Greybull, WY 82426 or donated via handsacrossthesadd.wixsite.com/website.