New system will restrict visitation based on license plates, with few exceptions

Yellowstone National Park will reopen three of its gates Wednesday at 8 a.m., allowing visitors access to the park after devastating floods forced its closure June 13.

New system will restrict visitation based on license plates, with few exceptions 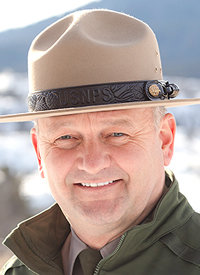 Yellowstone National Park will reopen three of its gates Wednesday at 8 a.m., allowing visitors access to the park after devastating floods forced its closure June 13.

“Thanks to the tremendous efforts of our teams and partners, we are prepared to reopen the south loop of Yellowstone,” announced superintendent Cam Sholly. “[Visitors] should plan ahead and be patient with us as we are still managing significant recovery while moving into this operational phase.”

The south loop will be available with access from the East, West, and South entrances. Areas accessible include Madison, Old Faithful, Grant Village, Lake Village, Canyon Village and Norris.

To keep from overloading the park through the summer season, the park will institute a temporary visitor access plan.

A system basing park entry on alternating licenses was suggested as a solution by gateway communities during public engagement with the park this past week.

Park managers and partners agreed the system is the best interim solution to ensuring the south loop doesn’t become overwhelmed by visitors, park officials said in a Saturday press release.

“It is impossible to reopen only one loop in the summer without implementing some type of system to manage visitation,” Sholly said. “As we go through the reopening process, we will monitor the system’s effectiveness and work together to make adjustments that may be necessary.”

Sholly promised to reopen new sections of the park as repairs are made.

The park’s northern loop is expected to reopen in two weeks or less following completion of cleanup, repairs and final inspection of the northern loop infrastructure. This will allow visitors to access Dunraven Pass, Tower, Mammoth Hot Springs and Norris opening visitor access to approximately 80 percent of Yellowstone National Park.

The Alternating License Plate System (ALPS) plan is based on the last digit on a license plate; odd numbers allow entry on odd-numbered dates and even numbers on even dates.

Personalized plates ending in letters will fall into the “odd” category for entrance purposes. Plates with a mix of letters and numbers but that end with a letter (for example YELL4EVR) will still use the last numerical digit on the plate to determine entrance days.

The National Park Service will actively monitor the license plate system and is building a new reservation system that will be ready for implementation if the ALPS system fails.

Entrance station staff will turn away vehicles attempting to enter the park when the odd/even numerical digits do not correspond to the odd/even calendar date. There are exceptions to the rules for commercial use operators, including commercial tours and stock groups.

Visitors with proof of overnight reservations in the park will also be permitted to enter regardless of license plate number. This includes reservations at hotels, campgrounds, and backcountry reservations. Motorcycle groups are only allowed in the park on even-numbered dates.

Park officials will monitor the license plate system and impacts on resources, infrastructure, operations, and staffing, and “may adjust or implement a reservation or timed entry system, if necessary, after three to four weeks.”

As of Wednesday morning, backcountry areas accessible from roads open to the public will be restricted for day use only. Overnight use from trailheads in the south will open July 1.

Park managers are evaluating plans to reopen roads connecting Canyon Village, Tower Junction, Mammoth Hot Springs and Norris, but it will take considerable time. The park is also working to reconnect Mammoth Hot Springs to Gardiner and Cooke City/Silver Gate using a temporary route as soon as possible, while long-term reconstruction is planned.

The initial $50 million will be used to restore temporary access to the gateway communities of Gardiner and Silver Gate/Cooke City and other additional sites. Plans are being finalized for improving the Old Gardiner Road for temporary access between Yellowstone and Gardiner.

In partnership with the Federal Highway Administration, road construction crews and materials that were already in the park for a previously scheduled road project to repair 22 miles of the Grand Loop Road between Old Faithful and West Thumb Geyser Basin will be diverted to the Old Gardiner Road project.