We must learn from the war in Afghanistan

Like many Wyomingites over the last few weeks, I’ve watched the events taking place in Afghanistan and it has stirred up a combination of emotions ranging from frustration, anger and sorrow. As …

We must learn from the war in Afghanistan 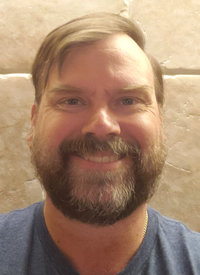 Like many Wyomingites over the last few weeks, I’ve watched the events taking place in Afghanistan and it has stirred up a combination of emotions ranging from frustration, anger and sorrow. As someone who served in Kabul for a tour, it sure was difficult to see the images of Afghan and American citizens doing everything they could to enter the Hamid Karzai International Airport and secure passage on aircraft that would remove them and their family members from the grip of Taliban rule.

However, more discouraging than the disturbing images I’ve seen are the comments from a variety of pundits, politicians, and citizens who want to assign blame to one political party or the other for what has happened. Sadly, these types of venomous tirades, be it on social media or television interviews, don’t address the real problems of what has taken place over the last 20 years: American hubris and a mistaken belief that our military should be in the business of nation building.

When America was attacked on 9/11 by members of Al-Qaida, it was a seminal moment in our nation’s history. Following the horrific events in New York City, at the Pentagon and in Shanksville, Pennsylvania, 88% of the American people were in favor of invading Afghanistan and Congress soon passed the Authorized Use of Military Force (AUMF), which authorized combat operations in Afghanistan and other nations supporting terrorist organizations.

Following passage of the AUMF the United States executed an air and ground campaign with the intent of killing members of Al-Qaida and the Taliban, the de-facto rulers of Afghanistan. Tactically, many of these operations were successful, but the overall strategy for what would happen at the strategic level for the country was woefully incoherent and showed a complete lack of understanding of the country’s tribal dynamics and its complex ethic and religious divisions. Efforts to mold Afghanistan into a western style democracy failed to take into consideration the political and social realities on the ground.

Following the decision by the Bush administration to invade Iraq in 2003 the operations in Afghanistan were relegated to a second-tier status, a place occupied for the last 18 years under both Republican and Democratic administrations.

With less than one-half of 1% of the American population serving in the Global War on Terrorism, the operations in Afghanistan became a type of white noise for the other 99.95%.

Leaders never asked citizens to sacrifice or made a compelling argument in the subsequent years for our sustained presence in a country where foreign-imposed regime change would never work — a lesson learned by both the British Empire in the 19th century and the former Soviet Union in the 20th century. Most importantly, policy makers and senior military leaders failed to be candid with the public about the lack of progress in Afghanistan, something self-evident when reading government documents released in 2019.

On the other side of the ledger, most citizens, instead of asking the hard questions of their political leaders, shrugged their shoulders and went on with their daily lives. This silent indifference emboldened our nation’s leaders to pursue a fool’s errand in Afghanistan and the cost, in both lives and treasure, is staggering.

According to the Watson Institute at Brown University’s “Cost of War” website, America has spent $2.3 trillion on the war in Afghanistan — $145 billion in construction and infrastructure activities alone. Let that sink in for a second: $2.3 trillion.

And what does the nation have to show for it? Over 2,300 deaths, 20,000-plus casualties and now the majority of Afghanistan is back in the control of the Taliban following the decision to leave.

This Saturday marks the 20th anniversary of the 9/11 attacks and many of us will remember, in our own special way, what happened and its effect on our country. For me, I’ll be thinking about the lives lost and how our nation plunged into a military action without fully thinking through the consequences. I only hope this tale is not repeated in my lifetime.

(Todd Johnson is a U.S. military veteran who served in Afghanistan and Iraq and was in the Army for 22 years. He lives in Powell.)