Scott Mangold is poised to move from Powell City Hall to the Park County Courthouse in Cody.

On Tuesday, local Republicans picked the Powell city councilman and former mayor as one of their two … 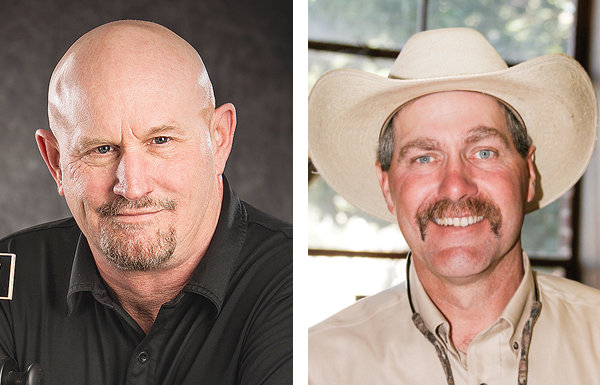 Scott Mangold is poised to move from Powell City Hall to the Park County Courthouse in Cody.

On Tuesday, local Republicans picked the Powell city councilman and former mayor as one of their two nominees for the Park County Commission, alongside incumbent Commissioner Lee Livingston. Barring any last-minute challengers, Livingston — who received 4,272 votes, or 32.6% — and Mangold — who received 3,979 votes, or 30.4% — will be unopposed in November’s general election.

Voters picked Mangold over Commissioner Jake Fulkerson of Cody, who had been bidding for a second four-year term. Fulkerson will instead end his time on the commission in December after finishing third with 3,491 votes (26.6%).

Livingston has been the leading vote-getter in each of his three Republican primary elections.

“I appreciate it,” he said of the support. “I’m glad that the voters still want me there and think I’m doing a good enough job to put me back there.”

Livingston added that, if re-elected in November, he expects his third term to be his last.

“In a funny way, … with all the turmoil that’s happening here locally, I really want to try to serve one more term and hopefully help get Park County through the tough times,” he said.

Mangold, meanwhile, described his message as: “Don’t be afraid of somebody from Powell — and trying to get the Cody people to, you know, put away the football game from last year and just think about what is good for Cody is great for Powell and vice versa.”

Powell voters were particularly responsive to his message, the results show. Mangold won all 10 precincts in and around Powell — including Ralston, Heart Mountain and Garland — while collecting a dominant 42% of the vote in the area. He also won Clark.

Livingston, meanwhile, took the other 18 precincts, which included all the areas in and around Cody, the North and South forks, Meeteetse and Crandall.

Fulkerson didn’t win any precincts, but finished as runner-up in 17 of them, including in the City of Powell.

While much of his support came from eastern Park County, Mangold said he’ll represent Cody and the entire county. Still, he does think it’s important for someone from the Powell area to have a voice on the commission, because “we haven’t really had the representation for a while.”

Mangold is also hoping to lend more of a voice to the county’s municipalities. He plans to attend meetings in Cody and Meeteetse to hear those leaders’ thoughts. He wants to improve communications between the local governments — and also opening up communications with county employees and the public, making the commission “a little more transparent than what we’ve seen in the past.”

He also said he hopes to make county government as un-intrusive as possible.

“That’s probably where I’m going to butt heads with some of the government paperwork people that are involved in the county,” Mangold said. “So it will be a learning experience to start with, but I think I could hit the ground running since I already have experience with municipalities and the government there.”

Among the thousands of early and absentee ballots, Fulkerson and Mangold basically ran in a dead heat: Fulkerson held just an eight-vote advantage, 1,980 to 1,972.

However, the results from Election Day pushed Mangold ahead. The Republicans who voted in-person on Tuesday favored the Powell councilman by 8 percentage points over Fulkerson, providing Mangold’s 488-vote margin of victory.

Mangold said he knew he had supporters in Cody that he thought would give him a pretty good chance, but “I didn’t expect it to be that much.”

The difference between the early and in-person voting was “sort of surprising,” he said. “And I don’t think it was last-minute messages that came in, just the people who were, you know, not afraid [to vote in person].”

Mangold said he heard some dissatisfaction with Fulkerson while on the campaign trail, including from some county employees.

“I thought Jake did a good job on the county commissioners,” Mangold said, “but he also is very vocal and sometimes that rubs people the wrong way. So I’ll see if I can avoid that pitfall during my four years on there.”

Mangold added that he liked all three of his competitors and helped Fulkerson during his first campaign in 2016.

Fulkerson said Wednesday that his nearly 500-vote loss came as a shock — “I didn’t have any indications” of opposition, he said — but “the voters made a choice and I support it.”

He had planned out the next several years of his life, serving one more term before moving onto other things, “and, you know, God’s up there laughing,” Fulkerson said. “You know, he’s got another plan.”

“And that’s the exciting part. I don’t know what the next chapter is,” the commissioner said. “I’m kind of excited about that.”

The loss was not for lack of trying: Fulkerson said he knocked on roughly 600 doors in Powell as part of his campaigning, though he stopped after an outbreak of COVID-19 at a political event in mid-July.

“I wouldn’t change any of my votes or any of my comments or anything in the last nine months,” Fulkerson said. “So you know, it is what it is. I’m at peace with it.”

The key, he added, is that Mangold will do a good job in the role.

“I’ve no reason to think he won’t be a great commissioner,” Fulkerson said of Mangold, wishing both the councilman and Livingston all the best.