Two Trapper hoopsters have signed their letters of intent (LOI) to continue their college basketball careers. Alex Avila and Gabriel Gutierrez both signed to compete at the NAIA level. 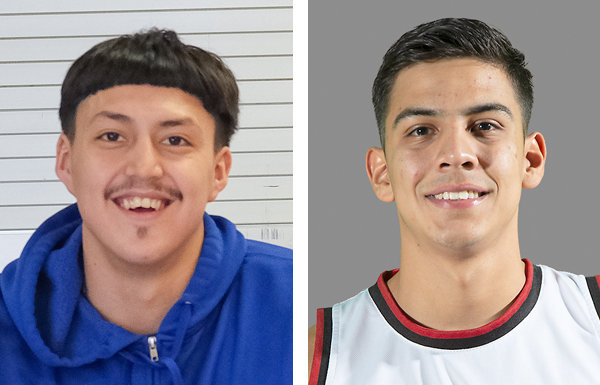 Two Trapper hoopsters have signed their letters of intent (LOI) to continue their college basketball careers. Alex Avila and Gabriel Gutierrez both signed to compete at the NAIA level.

Avila signed his LOI in May to continue his career up north, as he heads to Mayville, North Dakota, to compete at Mayville State University.

“I just feel like it is a great accomplishment and something I have always dreamed about to move on to a four-year school,” Avila said.

During the 2021-22 season Avila featured as a forward for the Trappers, as he averaged nearly 18 minutes a game.

Avila played 29 games and averaged 10.9 points per game on 51.9 percent from the field, along with averaging 5.5 rebounds.

He said that Mayville had always been in contact with him and made him feel welcome. During his process Avila said he wanted to go somewhere he felt like the team wanted him.

Since being on the team, Avila feels he has made great relationships with the community and is going to miss the atmosphere of Powell as he leaves.

Gutierrez is heading the opposite direction of Avila, as he signed his LOI to continue his college career at Northern New Mexico College in Española, New Mexico.

He averaged 11 points per game over those two seasons, shooting 45 percent while also averaging 6.3 rebounds a game.

Trappers head coach Jay Collins has consistently described Gutierrez as the toughest guy on the team, and will be a tough player to replace going forward.