Trappers run out of steam in quarterfinals

After a midseason turnaround landed the NWC women’s basketball team a spot in the Region IX quarterfinal, fatigue and limited depth caught up to the Trappers. They fell flat in Casper last …

Trappers run out of steam in quarterfinals 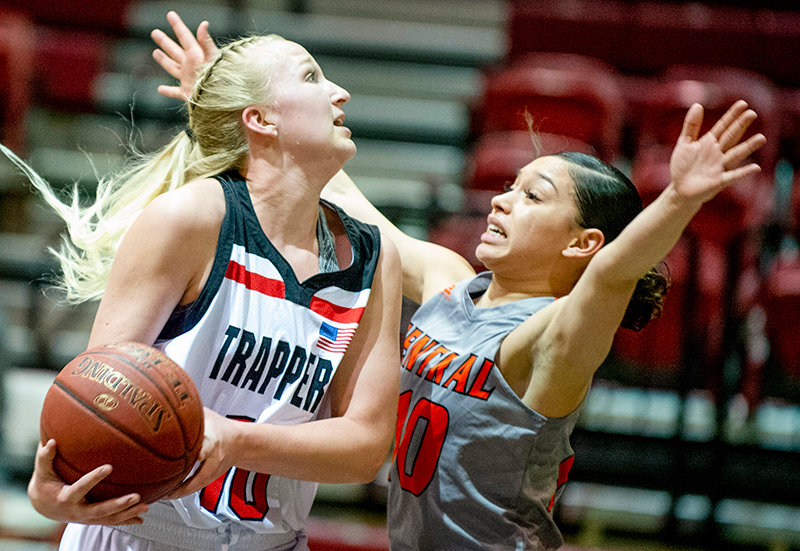 NWC forward Brenna Rouane tries to finish through contact against a Central Wyoming defender during a Feb. 26 play-in game. The Trappers’ season wrapped up last week with a loss to Western Nebraska.
Tribune photo by Mark Davis 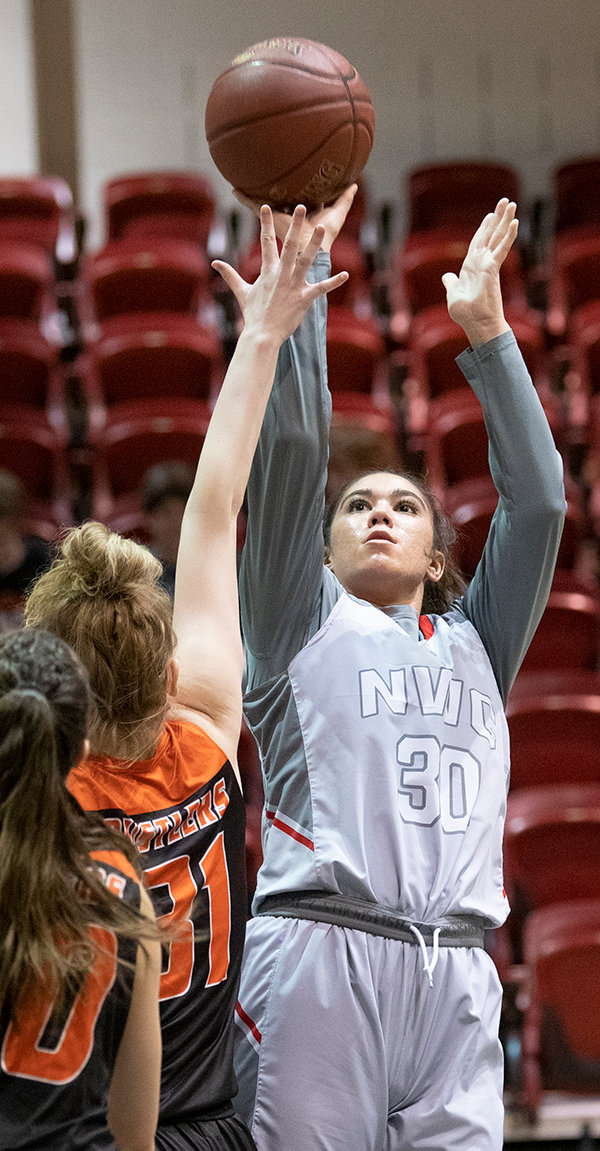 NWC freshman Darla Hernandez shoots a jumper over an outstretched Rustler arm in the Trappers’ regular season finale in February. Hernandez is anticipated to return next season along with Nayeli Acosta as the Trappers try to build on their mid-season turnaround.
Tribune photo by Mark Davis
Previous Next
Posted Thursday, March 10, 2022 8:10 am
By Seth Romsa

After a midseason turnaround landed the NWC women’s basketball team a spot in the Region IX quarterfinal, fatigue and limited depth caught up to the Trappers. They fell flat in Casper last week, losing to Region IX South winner Western Nebraska 100-28 on March 3.

In their previous two matchups on the season, the Cougars (27-2) used a high pressing defense to force the Trappers (14-14) into more than 30 turnovers in each game.

Early on in last week’s contest, Northwest was able to break the press. However, turnovers and missed shots in the halfcourt allowed Western Nebraska — which was then ranked No. 4 in the NJCAA — to take a 15-6 lead midway through the quarter.

“We came in with a great game plan,” Trapper head coach Lauren Davis said. “I just think the wear and tear of the season caught up to us.”

Over the final five minutes of the quarter, Western Nebraska outscored the Trappers 16-3 — setting the tone for the rest of the contest.

The first seven minutes of the second quarter followed the same path as the end of the first. Northwest was outscored 21-2 before keeping pace to end the half, trailing 59-19 heading into the locker room.

The Trappers were only able to muster nine points in the second half, as they lost 100-28 to end their season in Casper.

Northwest was forced into 37 turnovers in the contest, as the stifling Cougar defense flustered the Trappers for the third time this season.

The Trappers now head into the offseason, capping their first season with Davis at the helm.

Davis said she believes that freshmen Nayeli Acosta and Darla Hernandez will return to the team next fall, as the coach will look to build on NWC’s strong second half of the season.

Davis said she will focus on bench depth, as there were multiple games this year where players played the entire 40 minutes.

Davis was listed as an interim coach this year after taking over the job in August, and is currently seeking to take the full time coaching position heading into next season.