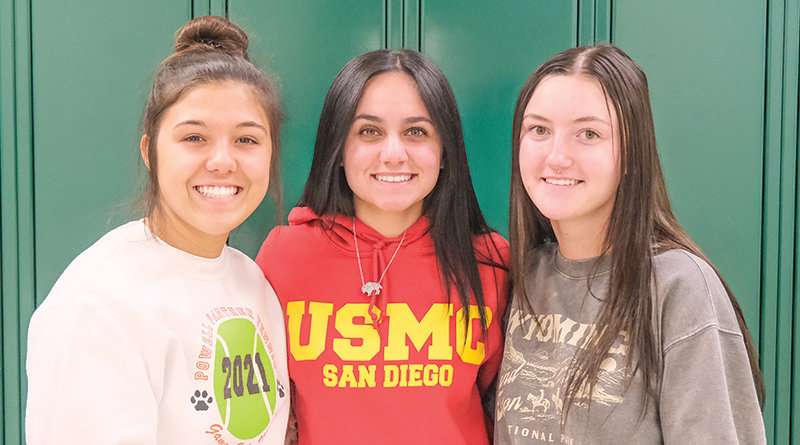 The Daniels Fund awards a total of roughly $220 million to 4,600 students, according to the organization’s website.

Daniels Fund students are selected based on six qualities:

• Commitment to serving their communities

To be eligible, students must be a senior in Wyoming, Utah, Colorado or New Mexico, a citizen or permanent resident, hold a GPA of 3.0, an ACT score of 18 or a math SAT of 490 and Evidence-Based Reading and Writing score of 490.

Powell’s three eager students already have their college plans mapped out and are grateful for the opportunity.

Harvey and Bennett are planning to attend Casper College in the fall. Both will enroll in business. Harvey plans to double major in business and art.

“I want to go into tattooing after two or four years in college. I haven‘t decided yet. I want to build up my portfolio over that time and then get an apprenticeship,” Harvey said.

Wisniewski plans to attend Northwest College for one year before going on her mission. Following the mission, Wisniewski aims to attend Carroll College, where she will major in anthrozoology.

“I‘m going to go to Carroll College because they have a million-dollar program for anthrozoology and so it‘s close to home, not too far away and it‘s one of the only schools that actually teaches that,” Wisniewski said.

Anthrozoology is the study of interactions between humans and animals. Wisniewski plans to minor in canine therapy in addition to her anthrozoology major.

“I think that it‘s really cool that all three of us got it. Because the last time someone from here got it was two years ago, and it was just one person I think,” Harvey said. “Then last year, only one person applied and interviewed and they didn‘t get it. So I think it is awesome that four girls got to interview and then three of us ended up receiving it, all for different reasons. I feel like we all have fairly different paths and ideas for what we want to do.”

June 22-24 the girls will go to Denver for a mandatory orientation that recipients from all four states will attend.