Space: The final frontier of junk

For centuries, Wyoming was part of a vast frontier. Trailblazers survived and adapted to harsh elements to make their lives on this special piece of land. Today, we’re blazing new trials on the …

Space: The final frontier of junk 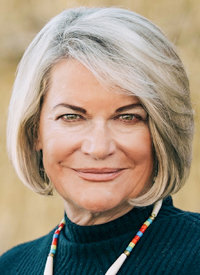 For centuries, Wyoming was part of a vast frontier. Trailblazers survived and adapted to harsh elements to make their lives on this special piece of land. Today, we’re blazing new trials on the final frontier, but with that comes a new set of challenges.

Last week, the Senate Subcommittee on Space and Science held its first hearing. As the subcommittee’s top Republican, I had the opportunity to bring attention to the important issue of space junk. We discussed the increasingly critical issues of space traffic management, space situational awareness, and orbital debris.

The space sector is evolving quickly. Just last week, we watched the second civilian flight to the edge of space, and in the past couple of years, we’ve seen a dramatic increase in the number of satellites orbiting our planet.

Simply put, the space around Earth is becoming congested, and the problem is only going to grow. There are more than 4,000 satellites in orbit right now. Some 1,200 of those were launched in 2020 alone, and we’ve already surpassed that number in 2021. Experts say that roughly 46,000 new satellites could be launched in the next few years.

In addition to satellites, the Department of Defense is tracking nearly 27,000 pieces of space junk. This debris poses a huge risk to satellites necessary for things we use every day in Wyoming, from communication to transportation, safety and weather monitoring. Even the smallest pieces of orbital debris — even as small as paint flecks — can, and have, caused serious damage. Each collision creates more debris, compounding the problem.

The technological innovation responsible for these satellites — and the resulting debris problem — is exciting. It’s the reality we all secretly hoped for as we sat and watched Star Trek or the moon landing. But, we need to responsibly innovate if we are going to set up our increased use of space for success. The government must take the lead on space situational awareness (SSA), space traffic management (STM), and space policy to prevent and remove orbital debris that may create danger for future space exploration.

Three years have passed since SPD-3 was published, and the Commerce Department has been slow to develop plans to improve SSA and STM.

Instead, it has commissioned more studies to re-examine the already-answered question of which U.S. government agency is best suited to take on the task. This is wasteful government spending at its core. I am also concerned that the Biden administration has yet to announce a director to head up the Office of Space Commerce.

There is a solution to this problem. I hope that last week’s hearing and the two recent trips to Earth’s upper orbit will motivate Congress, the Biden administration and the private sector to tackle this growing issue.