For 16 years Park County School District 1 has had a program to teach students problem solving, emotional regulation, kindness, empathy and respect for one another.

Second Step, which is taught to … 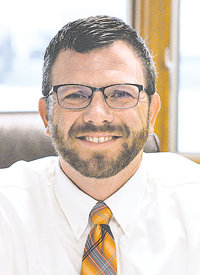 For 16 years Park County School District 1 has had a program to teach students problem solving, emotional regulation, kindness, empathy and respect for one another.

A study published by the Collaborative for Academic, Social and Emotional Learning conducted by Joseph A. Durlak, Roger Weissberg, Allison Dymnicki, Rebecca Taylor and Kriston B. Schellinger ran a meta-analysis of 213 school-based SEL programs that included over 200,000 K-12 students. The study not only showed an improvement socially and emotionally, but academically compared to control groups. Students in the study who participated in SEL showed an 11% gain in achievement.

Curtis said these traits are also referred to as soft skills, which employers have “been basically calling for years for us to teach kids the soft skills that help them be successful in the workplace.”

Curtis said SEL for K-12 students was included in the district’s strategic learning plan in 2019, prior to that it was taught K-8. The plan can be viewed on the PCSD1 website.

He said when he started as superintendent in 2017 the program was primarily taught in the elementary schools, but the further students got away from what they learned in elementary school they would lose learned skills that are transferable to college and professional life. Curtis said while SEL started as an anti-bullying program and was “wildly effective,” it’s also very effective academically and for promoting connectedness amongst students in schools. In the district each school chooses roughly eight lessons they want to focus on, as there is not enough time to do the entirety of the Second Step program.

Examples of lessons offered by Second Step include empathy. A module in the empathy unit for fifth graders has objectives that students will be able to name a happy feeling vs. a sad feeling, identify which is comfortable or uncomfortable and identify feelings in response scenarios. A first grade unit is skills for learning. Objectives in this unit include naming and demonstrating the listening rules and being able to practice listening and following directions within the context of a game.

At Westside Elementary School, Principal Angela Woyak sees a reduction in discipline rates and an increase in academic achievement with the help of Second Step.

Woyak added that in her 25 years in education split between Wyoming and Wisconsin every district she has been a part of has had some form of SEL.

“We use a lot of STEP, which is an acronym for say the problem, think of solutions, explore outcomes or consequences and pick the best solution. So a lot of critical thinking,” Westside Elementary School counselor Christa Buhler said. “We do some perspective taking and a lot of it is basic emotion identification and emotion regulation.”

Buhler added that the teaching of the modules by school counselors has the added benefit of creating familiarity between students and their counselors.

Questions about SEL are rising at Westside Elementary School but Woyak thinks this means that parents are involved in their child’s education.

“I think we have had a few more inquiries,” Woyak said. “I don’t know if they’re necessarily concerns, but certainly inquiries and I think we just have parents who are actively involved in their children’s education, [they] are committed to supporting their children and their education.”

To various degrees, recent claims connect SEL to critical race theory. Curtis said until roughly a year ago he had not heard the term critical race theory and had to do extensive research. He said SEL predates CRT, which was originally taught on occasion at law schools in the 70s and 80s in regards to potential systemic racism in laws and systems.

“Now, you fast forward to today, and the way that it’s being used is that somehow as Caucasian white people, you should feel ashamed for being white,” Curtis said. “We don’t even talk about race and social emotional learning, the closest that you would possibly come is there is a unit where you’re supposed to talk about your similarities and differences with other people, but all that is, is to teach people empathy.”

Curtis added that on the Second Step website there are additional anti-racism and anti-bias resources. Curtis said these are resources and not lessons unlike a transformative SEL program. These resources are not used in the district because they do not see a need.

“We understand the community that we live in, our teachers, they live here, they work here, many of them were born and raised here,” Curtis said. “We all share a community set of values, we’re not going to put something in front of our kids that is not in line with those community values.”