Voting laws have been in the news for much of the past year. Beginning after the November election, several states changed their voting laws with the stated goal of reducing the risk of voter fraud. … 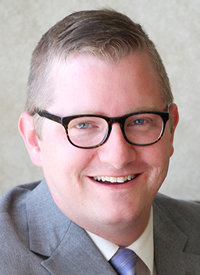 Voting laws have been in the news for much of the past year. Beginning after the November election, several states changed their voting laws with the stated goal of reducing the risk of voter fraud. At the same time, a bill to address voting access is working its way through Congress in Washington D.C. Wyoming has also seen changes to its voting laws — most significantly in a voter identification law that was passed earlier this year.

There is another proposal that has been discussed in Wyoming: changing our elections to require runoff elections when no candidate reaches 50% of the vote. While this proposal was defeated in the last legislative session, there is an expectation that it will be brought again next year, potentially with the goal of implementing it before the 2022 elections.

The way we conduct our elections is important, as the methods we choose can have major impacts on election results. Our current system is what is called a “first past the post” system, where a candidate can win nomination or election without receiving 50% of the vote. When there are more than two candidates, the candidate with the most votes wins, regardless of whether they got 40% or 70%. Runoff elections, on the other hand, typically require another round of voting after a primary election if no one gets to 50%. Often this runoff election is a month or two after the first election, and the winners are not known until afterwards.

Despite some of the claimed benefits, instituting runoff elections — especially right now — would be a bad choice for Wyoming. The drawbacks to runoff elections outweigh the benefit. Runoff elections emphasize candidate access to money, increase voter fatigue and extend the election calendar. Because runoff elections require voters to go to the polls another time in between the normal primary date and the general election date, voters are often turned off at the amount of campaigning required. Think about how sick of election mailers, calls, and ads you are at the end of a normal primary election, then add in another, even more intense election immediately after it. No one is excited about the idea of even more political campaigns.

More important, however, is the fact that runoff elections can skew results toward a particular type of candidate: those with access to money. Many candidates use all their resources just getting through a primary election. When they are then forced to run an additional election immediately following the primary, it gives a major advantage to candidates with money or with access to high-dollar donors who can personally bankroll a campaign. Some of the best legislators and public officials are those who run their campaigns without seeking a great deal of donations. Runoff elections put them at a disadvantage.

Runoff elections also would put an added strain on election resources. They would require another set of ballot preparation, printing, and distribution, not to mention another round of volunteers and staff to man the machines and count the ballots. Additionally, with the need to hold another election after the primary, runoff elections would likely force the Wyoming election season to move earlier. Whereas we now have election filings in May, a primary in late August, and a general election in early November, there is just not enough time to hold a runoff election between the primary and general election. Both the election filing deadline and the primary election would have to be moved back, likely by at least a month or two, to accommodate the change.

Perhaps the best argument against runoff elections is that there are much more efficient methods for accomplishing the same goal. The most prominent is ranked choice voting. This is a system where voters rank candidates based on their order of preference and, as lower performing candidates are eliminated, the votes that went to those candidates are redistributed based on who the voters identified as their second or third choices. This avoids the need for a separate election, does not change the current calendar, and does not give any additional benefits to candidates with access to monetary resources (outside of those they already have), while still ensuring that a majority of the electorate approves of the candidate.

Of course, the real question is whether any change is needed at all. When changing the rules, we should make sure that we are making the best decision for the best reason. There is no need to rush, and especially no need to add more steps to an already exhausting election process, without carefully considering the alternatives. Runoff elections are not a better system than what we have now, and the Legislature should spend its time on other issues.

(Khale J. Lenhart is a partner at the law firm Hirst Applegate in Cheyenne, where he has practiced since 2011. He is a former chairman of the Laramie County Republican Party.)