Reflections on the force of Trump at Ground Zero Wyoming

Could it be that Donald Trump may have sold his soul to the devil? It appears he traded his soul for eternal youth.

Why? Because a man of his age and physical build should not have his …

Reflections on the force of Trump at Ground Zero Wyoming 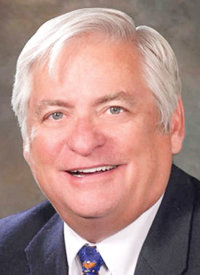 Could it be that Donald Trump may have sold his soul to the devil? It appears he traded his soul for eternal youth.

Why? Because a man of his age and physical build should not have his energy. He behaves like an athlete 20 years younger than his 75 years. In two weeks, he will be 76, my age. I know something about how a man should act at this age, even an active man. A great many 76-year-old men act a lot more like our current president Joe Biden (79 years old) than act like Trump.

Trump is a physical anomaly and he was on full display on a recent Saturday at his political rally in Casper with 10,000 of his closest friends.

One hundred minutes of listening to Trump at a live event is a political experience that I have not experienced in my long life of watching politicians light up crowds.

It was one hell of a speech. A one-of-a-kind speech. With barely a note, he railed against his enemies and touted his successes.

He is aggressively endorsing candidates and he is putting his money where his mouth is. He is flying all over the country holding Save America rallies to promote support for his designated candidates.

Here in Wyoming, he has endorsed Harriet Hageman in her race against three-term incumbent U.S. Rep. Liz Cheney in the 2022 GOP primary.

Hageman gave a fine 12-minute speech using the theme “we are fed-up.” It was well-crafted and well-received. But she was just a warm-up act. Trump is the greatest political showman of a generation. He had the crowd screaming and jumping out of their seats. It was part pep rally and part rock concert. Surely, there has never been an event quite like this before in Wyoming political history.

As he asked the crowd: “Is there anything more fun than a Trump rally?” Hard to argue with that.

The crowd agreed with Trump that our current president is both a disaster and an embarrassment. Trump screamed it is time to take the country back from Joe Biden and his incompetent progressive schemers and dreamers that are destroying our country. Trump yelled at the crowd: “Wasn’t it better a few years ago?”

I had applied for both press passes and general admission passes. I never heard back on the press passes.

The press gate opened at 10 a.m. and it seemed that it might be worthwhile to appeal my case. Surprisingly, they had my name in the database and very nicely invited Nancy and me into the building with our passes around our neck. This was going to be great! I was going to be a live witness to this amazing event.

This was a lucky break because the folks waiting outside for those general admission tickets did not get in until after 1 p.m. Some folks paid as much as $500 to get “expedited” entrance. Plus, the majority were in the longest line I have ever seen — perhaps a quarter mile long. It went on forever.

So, we joined other members of the press in a comfortable press area and I pondered what this was going to be like.

In an earlier column, I had predicted this could be the biggest political crowd in Wyoming’s history. It needed to surpass the estimated 16,000 by Barack Obama in 2008 during a visit to Laramie. Some preliminary estimates — including mine — were that 20,000 might attend this Trump rally.

Although Trump was only there for a brief time Saturday afternoon, Wyoming Republicans were busy from Friday morning on. We got to Casper on Friday and attended one of these warm-up events.

We drove all over Casper Friday afternoon and saw three big Trump stands selling T-shirts, hats, banners, flags, and other paraphernalia. I am sure they sold lots of stuff but I did not see anybody visiting the stands in the 40 mph winds.

Kim Praeuner, a banker from Newcastle, sat next to Nancy and me during the screening of the movie. Kim said she is a big Trump fan because she worries about her grandkids’ future.

The documentary offers some compelling evidence that there were irregularities during the 2020 presidential election. The film showed endless examples of stuffed ballot boxes and middle of the night activities in the contested states.

The electric-powered reclining seats were just fantastic. The movie was a little dry and it was tempting to take a little nap — but I didn’t.