I’m an idealist with unbridled curiosity and a B.A. in journalism from San Jose State University. Like many journalists, if something doesn’t make sense, I ask questions. When people are … 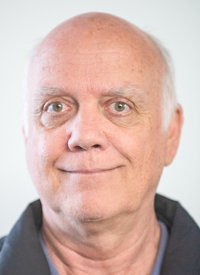 I’m an idealist with unbridled curiosity and a B.A. in journalism from San Jose State University. Like many journalists, if something doesn’t make sense, I ask questions. When people are evasive, I ask follow-up questions. If they’re still evasive, I become cynical.

Recently, I worked as a government reporter for the Hanford Sentinel in Central California. Kings County. The population of Hanford exceeds 60,000. It’s expected to reach 90,000 in the coming decade. By California standards, Hanford is considered a mid-sized residential community. By Wyoming standards, Hanford is huge. Like Powell, its history is steeped in agriculture. Many ag companies call the Central Valley the most important farming region in the world.

Prior to my stint at the Sentinel, I worked in Sidney, Montana, as managing editor of the Sidney Herald. The similarities between Sidney and Powell are striking. Both communities have a rich history as beet-growing ag communities. Powell is bigger and more diversified, but the citizens are similar — strong faith in God and country, devotion to hard work, commitment to family.

As California goes, most of the folks in Hanford are similar to the people of Wyoming and Montana. They’ll give you the shirts off their backs, but they expect you to work for it. They give others the benefit of the doubt.

I try to give people the benefit of the doubt, but sometimes readers don’t reciprocate. They jump to conclusions. In a world of echo chambers and “confirmation bias,” objectivity can be lost. Readers appreciate facts, provided they confirm what they already believe.

The Powell Tribune is community focused. It’s staffed with experienced editors, reporters and press professionals who know their jobs and do them well. That’s attractive to idealistic journalists who ask a lot of questions and expect honest answers.

Although I grew up in northern California, I’ve already found common threads between Powell and my hometown of Santa Clara — the heart of Silicon Valley.

The defense industry helped create Silicon Valley. Companies like Lockheed, Hughes and Ford Aerospace, where my father worked, built tanks and missiles and satellites. When microchips made precision-guidance systems mandatory, Silicon Valley companies such as Fairchild, Hewlett Packard and Intel responded with smarter, smaller computer chips. The relationship between the Department of Defense (DOD) and Silicon Valley start-ups was solidified in the early 1970s. In fact, the DOD funded, supported and eventually launched the internet, which became the World Wide Web, or the Wild Wild West, as certain cynics might declare.

What does Silicon Valley, the DOD and community journalism have to do with Powell?

There’s a cautionary deliberateness and thoughtful conservatism about the founders of Silicon Valley and the people I’ve met from Mountain West states.

The Silicon Valley where I grew up exists in name only now. It’s no longer cautious, and it certainly isn’t conservative.

Powell is. At least, it seems to be. I get the impression, people take nothing for granted here. Water is abundant, compared to California. Yet, Wyoming residents seem concerned about running out of water. The Cowboy State is genuinely — and objectively — concerned about the future. I find that refreshing.

From what I’ve observed, the people of Powell are caretakers. They care about their homes, their roads, their businesses, and their community.

In a world of buck passing and trend following, I find it reassuring to see clean sidewalks and people solving problems instead of creating them.

I find it reassuring to meet genuine caretakers.