In state elections primaries Tuesday, Park County voters nominated the same Republican candidates as voters in the state as a whole did, with the exception of the race for superintendent of public … 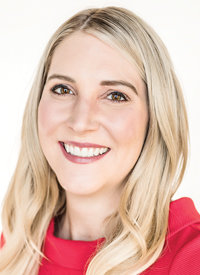 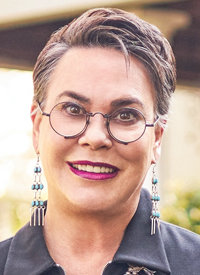 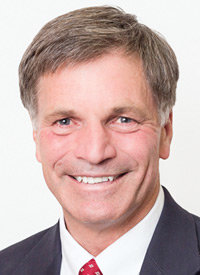 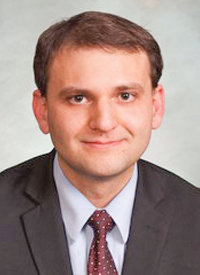 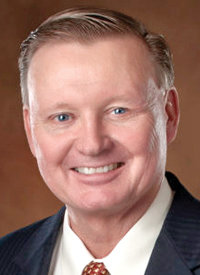 In state elections primaries Tuesday, Park County voters nominated the same Republican candidates as voters in the state as a whole did, with the exception of the race for superintendent of public instruction.

Megan Degenfelder challenged incumbent Brian Schroeder for the Republican nomination for the superintendent position, winning with 445 more votes in statewide primary voting.   In Park County, however, voters chose Schroeder by a considerable margin of 2,570 votes out of a total of 12,366 votes cast.

While Degenfelder had the endorsement of U.S. Sen. Cynthia Lummis, Schroeder held an endorsement from former President Donald Trump. In every race on Tuesday, Trump-endorsed candidates won their Republican nominations, but the superintendent race was the exception.

Schroeder led Degenfelder in Park County where he held a home court advantage. Schroeder currently resides in Cheyenne, but previously lived in Cody where he served as the head of school at Veritas Academy for two years before being appointed by Gov. Mark Gordon in January to the superintendent position.

In the lead up to the primaries, polls showed U.S. House of Representative challenger Harriet Hageman with a comfortable lead over incumbent Liz Cheney. So, it was no surprise that Hageman easily won the race Tuesday with a 2-to-1 margin. In Park County, Hageman took three votes for every vote that went to Cheney.

Hageman didn’t mince words on why she believes voters selected her over Cheney.

“By our vote today, Wyoming has put the elites on notice — we are no longer going to tolerate representatives who don’t represent us,” Hageman said in a statement.

Cheney was outspoken in her criticism of Trump’s accusations of fraud in the 2020 election, which resulted in his loss to President Joe Biden. She also held Trump responsible for the Jan. 6 riot on the nation’s Capitol, and Cheney was one of 10 Republicans who voted to impeach him. Cheney was subsequently nominated to be vice chair of the House’s Jan. 6 Committee, and served as one of two Republicans on the panel.

In her concession speech, Cheney defended her response to the Jan. 6 riot, which she called “a tragic chapter in our nation’s history, to be studied by historians to ensure that it can never happen again,” adding that those who defend it “embrace dangerous conspiracies that attack the very core premise of our nation.”

Anthony Bouchard came in third in the Republican primary for U.S. House, followed by Denton Knapp and Robyn Belinskey.

In the governor’s race, things were not as clear cut for Park County voters. Statewide, incumbent Mark Gordon won more than twice as many votes as challenger Brent Bien. Gordon won Park County as well, but with a narrower lead over Bien, who had 5,213 votes to Gordon’s 5,779.

Gordon’s campaign rested on his experience as governor, his handling of the COVID-19 pandemic, and his support for fossil fuels and green energy. Bien was critical of Gordon’s handling of the pandemic and disputed human impact on global warming.

Gray’s campaign held heavy skepticism toward the outcome of the 2020 presidential election. During his campaign, the candidate hosted multiple showings of the documentary “2,000 Mules,” which attempts to expose voter fraud in states where Trump lost. Nethercott, however, disputed there was anything fraudulent that produced a win for President Joe Biden.

Mark Armstrong came in third in the secretary of state primary, Dan Dockstader came in fourth. Dockstader, however, withdrew from the race after ballots were printed.

Secretary of State Ed Buchanan announced in May he would not seek a second term, and Gordon recently appointed him to state District Judge.

Wyoming voters handed State Treasurer Curt Meier a second term. The incumbent beat out his challenger, Bill Gallop with a 2-to-1 ratio. Park County voters likewise favored Meier, with a 3-to-1 majority.

Wyoming leans more Republican than any other state, according to FiveThirtyEight, a data journalism outlet. Their partisan lean metric places the Cowboy State’s Republican lean well ahead of North Dakota, Oklahoma and Idaho.

While all the candidates who won the Republican nomination Tuesday will square off against any Democratic candidates, due to Wyoming’s heavy weight toward Republicans, the primaries invariably decide who will win in the general election in November.

Hageman will run against Lynnette Grey Bull, who won the Democratic primary Tuesday. In a public statement on her nomination, Grey Bull expressed concern about Hageman’s support for “conspiracy theories about the 2020 election” and the “dubious and dangerous” support for Hageman.

“The myth that the 2020 presidential election was stolen is a dangerous lie that has cost lives and empowered toxic people,” Grey Bull said. “My Republican opponent has married herself to that lie and that campaign, and to the former president. Not surprisingly, her platform is as bad as her politics and have nothing to offer the hard-working people in this state.”