Park County can lead the way to restoring voter confidence

The commissioners of Park County are considering a proposal to boost voter confidence while satisfying every legal requirement. The plan was presented at an April 5 meeting of the commission, which …

Park County can lead the way to restoring voter confidence 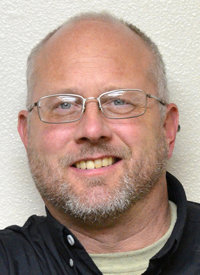 The commissioners of Park County are considering a proposal to boost voter confidence while satisfying every legal requirement. The plan was presented at an April 5 meeting of the commission, which is posted on YouTube. (It begins at the four hour, seven-minute mark.

Park County resident Dave McMillan explained: “This is not a partisan issue.”

Americans across the political spectrum lack confidence in our ability to conduct an honest election. An ABC/Ipsos poll conducted in late December reveals that only 20% of the public is “very confident” about election integrity. That is a 46% drop from only one year ago.

A major cause for the precipitous decline in confidence is the advent of the computerized polling machine (a.k.a. e-voting). These entered Wyoming elections in 2006, but their history goes back to the contested presidential election of 2000.

Formally, the EAC is prohibited from imposing “any requirement on any state” (Part 2, section 209). Nevertheless, through multi-million-dollar grants it entices states to follow its “recommendations,” and through threats of investigation by the Department of Justice, it bullies the reluctant.

Responding to the carrot and the stick, Wyoming eventually abandoned hand counting in favor of the newly emerging technology of e-voting.

Immediately, the new technology was called into question. A year after the EAC began pushing e-voting, the New York Times published an exposé on its inherent security vulnerabilities: “How to Hack an Election.” Likewise, CNN detailed “The trouble with e-voting” in August 2004. Since then, there have been over 100 other such articles that document the numerous ways election hardware and software can be hacked.

Malignant algorithms can be hidden in the software or hardware of machines at the factory. They can also be introduced through removable memory, or they can be uploaded to machines that are plugged into a network.

But even if you disable the removable memory ports and unplug the network cable, a simple 120v power cord can be made to upload data. Embedded modems, sometimes invisible to the naked eye, make the machine accessible, even if it is hermetically sealed in a box and running on batteries. For proof of this, simply place your cellphone in a locked safe and send it a text.

In 2020, Wyoming bought DS200 tabulators from Election Systems and Software. But only two months earlier ES&S admitted to NBC News that “14,000 of their DS200 tabulators with online modems are currently in use around the country.” That’s why tamper-proof security tape and “look, no cables” demonstrations may impress the impressionable, but only heighten the concerns of cybersecurity experts.

Voters concerned about hacking do not have the burden of proof. Election officials do. No law or constitutional principle requires citizens to trust elections. Rather, election officials are required by law to earn the trust of the electorate. And every county clerk already knows how to earn that trust.

Wyoming Statute 22-10-108 spells out exactly how to match up the numbers on the tabulator with an actual hand-count of ballots. That simple act verifies the electronic count and satisfies even the most Luddite witness. What it cannot do, given the wonders of technology, is to prove that the program remains unchanged for the next count. That’s why the Park County commissioners are considering a simple proposal to extend the rigors of the preelection test to a post-election test as well.

The EAC has assured Wyoming that ES&S’s software (EVS 6.0.4.0) is certified. But that dodges the question. The question is whether the certified software on any given machine has been altered; and that is not so easily dismissed. It is logically impossible to prove a negative. But on top of that, three recent filings testify that it can be hacked.

First, the Cybersecurity and Infrastructure Security Agency (CISA) blocked release of a forensic report on Georgia’s e-voting, arguing that the report can expose the already-existing vulnerabilities. Second, President Biden’s nominee for the Federal Election Commission has stated under oath that Georgia machines switched votes in the 2018 election. Third, Wisconsin’s Office of Special Counsel reported: “The OSC learned that all machines in Green Bay were ESS machines and were connected to a secret, hidden Wi-Fi access point” (p. 14).

Paper ballots are the actual instruments of democracy. They, and not the machines, settle elections. Why not adopt the simple solution offered in Park County? Is there any better way to prove an accurate count? Wyoming’s secretary of state could lead the nation in restoring voter confidence.

(Jonathan Lange is a Lutheran Church-Missouri Synod pastor in Evanston and Kemmerer and serves the Wyoming Pastors Network, a network of religious leaders focused on issues related to life, marriage and religious freedom. Follow his blog at www.OnlyHuman-JL.blogspot.com.)