An almost entirely new team took to the pitch for the Trapper men’s soccer team this past week, where 26 freshmen alongside five returning sophomores are hoping for an improved 2022 … 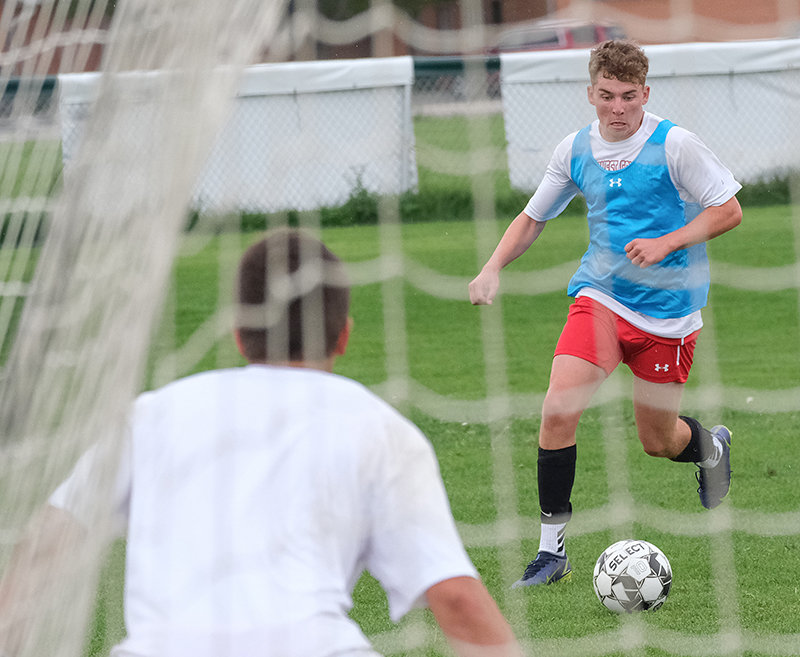 Ben Laybourne pushes the ball up the wing for the Trapper men’s soccer team during practice on Aug. 5. Twenty-six new freshmen highlight the NWC team in 2022.
Tribune photo by Seth Romsa 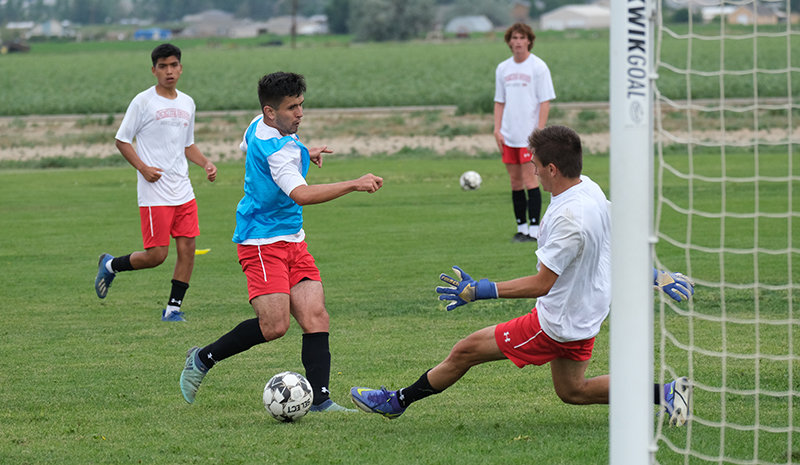 An almost entirely new team took to the pitch for the Trapper men’s soccer team this past week, where 26 freshmen alongside five returning sophomores are hoping for an improved 2022 campaign.

This new set of players primarily features international talent on the roster, something that coach Rob Hill said was a benefit for the team before the season even started.

International students arrived a week prior to practice beginning on Aug. 1, giving those players the opportunity to gel off the field sooner.

“They already got to gel and bond pretty quickly doing different activities away from soccer,” Hill said.

Bringing in this new set of athletes, all players on the roster are Hill’s — who enters into his second year back at the helm for the Trappers.

Hill said that the returning sophomores for Northwest have been able to get along with the new players early because they are a group with high character.

He said that the first few days the players were trying to find their feet, but competition has ramped up as the players begin to play more physically.

“You can see the intensity coming out, there are some really good players,” Hill said. “It is one of those deals where you think you have some good players, then they come in and surprise you and are better than you thought. That is always a good thing and the big thing for these guys is keeping grounded.”

He said that the team is deep, but the important thing the team needs to do is stay hungry throughout the season and maintain desire levels.

Hill said that a difficult but good thing as a coach is finding all the right players to play in the team at the same time, but he feels this team will give him that “problem.”

He said that the easy-going nature of the sophomore class has helped guide the incoming players into expectations for the team.

Hill said so far the team has had limited ego, and he is hoping that continues while the team gets used to each other’s playing styles.

The Trappers will be thrust into action this week, with the first action of the season beginning on Wednesday.

Northwest will be taking on Rocky Mountain in Billings, then will continue the trip to Great Falls, Montana, in order to take on the University of Providence on Thursday.

The busy week wraps up on Saturday, when NWC returns to Billings to take on Montana State University Billings.

Short-handed Trappers fight back in Riverton