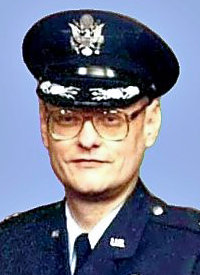 Devoted husband and dad, LeRoy Carroll Feusner, the eldest son of Wayne and Freda Feusner, passed on Sept. 6, 2022, in Billings, Montana. He was born on Feb. 27, 1945, in Greybull, Wyoming. During his high school days in Powell, LeRoy worked for his dad as a wholesale salesman delivering processed dairy products to local retail stores and restaurants in Powell and Cody. LeRoy attended Powell schools and graduated from Powell High School in May 1963.

While in high school, LeRoy met his future wife, Lynnette Reichert, who sat directly behind him in a sophomore English class and kept poking him in the back because, as she continued to claim throughout their marriage, she just couldn’t see the chalkboard. They were married in June, 1968 in Powell. After high school, he attended the University of Wyoming and earned a bachelor of science degree in chemical engineering in June 1968. He also supplemented his college education by enrolling in the Air Force ROTC program, which led to a commission as a second lieutenant in the USAF at graduation.

LeRoy is survived by his wife of 54 years, Lynnette (Reichert) Feusner; two daughters, Kristi (John) Warden of Eagle River, Alaska, and Katreena (Joe) Mullican of Huntsville, Alabama; one grandson, Timothy Mullican of Huntsville, Alabama; a brother, Joe (Jo Ann) Feusner of Pahrump, Nevada; a nephew, Jonathan (Ellie) of Wichita, Kansas, and a niece, Janell Feusner of Pahrump, Nevada. Preceding him in death were his dad and mom, Wayne and Freda Feusner.

The family thanks the Billings Clinic and the Advanced Care Hospital of Montana for their compassionate care of LeRoy in his final days. Visitation will be held Sept. 13, 2022, at Smith Laurel Chapel, 315 E. 3rd St. and will continue on to  a graveside celebration of life with military honors at noon at Yellowstone National Cemetery in Laurel, Montana.