For the first time in Wyoming history, voters will be choosing from only female candidates in the state’s two federal races in November. 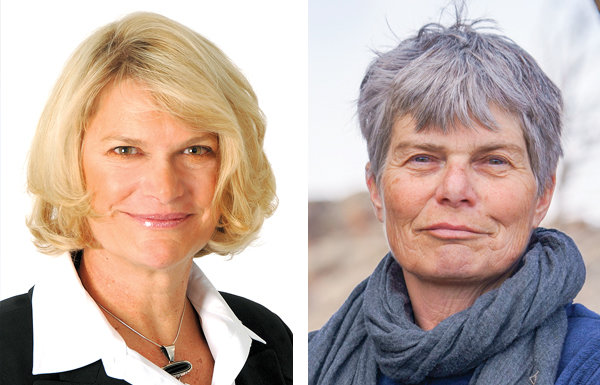 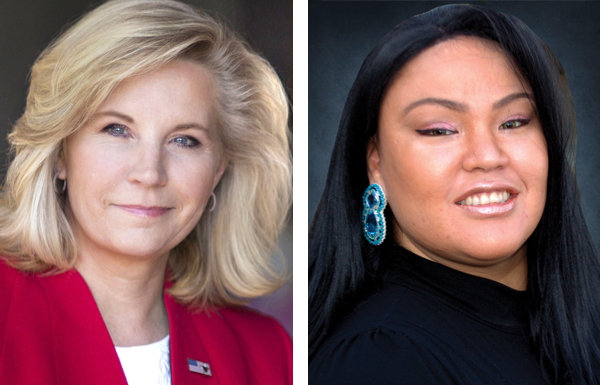 For the first time in Wyoming history, voters will be choosing from only female candidates in the state’s two federal races in November.

Tuesday’s primary election also confirmed Wyoming will have its first female delegate in the U.S. Senate, as former Congresswoman Cynthia Lummis and University of Wyoming ecology professor Merav Ben-David will face off in the Nov. 3 general election.

On the Republican side, Lummis was declared the victor of her party’s primary by The Associated Press about an hour and a half after polls closed at 7 p.m.

After being declared the winner, Lummis, who had a subdued gathering with family at her campaign office Tuesday night in Cheyenne, thanked friends and volunteers across the state — and mentioned the historic moment her nomination represented.

“To be the first woman to secure the Republican nomination for U.S. Senate in Wyoming on the same day we celebrate the 100th anniversary of the ratification of the 19th Amendment is particularly special,” Lummis said in a statement.

“Wyoming’s pioneering history of ‘women firsts’ is a point of pride for all of us. Should I be elected in November, I will be proud to share in a small piece of this history,” she continued.

In the Democratic primary, which had a trio of serious candidates, Ben-David won the party’s nomination Tuesday night fairly comfortably. Ben-David drew 9,579 votes statewide, while her closest competitor, Laramie community organizer Yana Ludwig, had 4,926 people cast their ballots for her.

The UW professor, who watched results come in with supporters in Laramie, said in an interview after being declared the winner Tuesday night that her science background resonated with voters.

Like her Republican opponent, Ben-David noted the symbolic significance of Tuesday’s election falling on the suffrage anniversary.

“I will be the first female Wyoming senator, the first scientist in the Senate since 1982 and the first climate scientist ever elected to the Senate,” Ben-David said.

“I think there will be so many firsts if I win, and I intend to win,” she added.

In a historic step for Native American representation in Wyoming, Lynnette Grey Bull secured the Democratic nomination to run in the November general election, making her the first Native American person to secure the federal nomination of a major political party in Wyoming.

Grey Bull, a member of the Northern Arapaho Tribe and vice president of the Global Indigenous Council, beat out intentional teacher Carl Beach for the nomination.

Grey Bull won a vast majority of the vote, with roughly 14,141 Democrats casting ballots for her, while Beach and out-of-state challenger Carol Hafner each secured less than a third of that total (4,104 and 5,170, respectively).

After her victory Tuesday night, Grey Bull said she looked forward to continuing her campaign’s momentum into the general election. As a woman and as the first Native American person to secure a major-party nomination in Wyoming, Grey Bull said the experience has been emotional.

“I know the suffering that my people have gone through,” Grey Bull said. “I know the long history that we have here, not only in Wyoming, but in the Northern Plains region.”

“Something like today, out of all the ‘no’s’ I’ve received in life, this ‘yes’ really means a lot, not only for myself, but for my people,” she continued.

Cheney secured over 78,803 votes statewide, while her sole competitor, Blake Stanley, got votes from 28,035 Wyomingites. The Associated Press called the race for her about an hour and a half after polls closed at 7 p.m.

In a statement sent after her victory, the congresswoman thanked her supporters and said she looks forward “to campaigning with them in the general election as we fight to ensure freedom and prosperity across Wyoming.”

“There is a lot of work to be done, but I know that working with President Trump, we can continue to build on our wide-ranging records of accomplishment and continue to deliver more victories for the people of our state and across the country,” Cheney said.

She also congratulated Lummis on her victory, stating “she will make Wyoming proud serving in the U.S. Senate, and I’m excited to work with her and fight for our state.”

Cheney has quickly risen the ranks of party leadership in Washington, D.C. In 2018, her GOP colleagues selected her to serve as chair of the House Republican Caucus, making her the chamber’s third-ranking party member.

The general election will be held on Nov. 3.