An exciting fall season brought about a ton of success with different sports in Powell, including an All-State athlete in every sport.

Per usual the season started in early August with golf and … 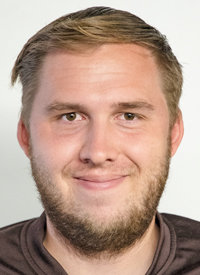 An exciting fall season brought about a ton of success with different sports in Powell, including an All-State athlete in every sport.

Per usual the season started in early August with golf and tennis kicking off and finishing before most teams reached the midseason mark.

Daniel Merritt put up a record breaking performance to kick off the cross country season at the end of August, breaking his brother’s record in the process.

Those two sports brought All-State performances from Gunnar Erickson and Cade Queen, while the other sports continued to push along into October.

Kinley Cooley had a school-record-breaking season en route to a top 10 finish at state cross country to also earn her All-State honors.

That performance helped her and the girls’ cross country team push toward the first trophy earned at state in a dozen years.

While Stenerson and a young Panther football team came up short in overtime on the road in Douglas, the resiliency shown by that team shows a bright future.

A strong senior group that included Mitchell and Sapp helped lead the girls’ swim team to a third place trophy at state for the third year in a row, alongside winning the conference title for the second year in a row and the third time in four years.

Northwest College saw both soccer teams make the playoffs, while the women’s volleyball team finished with a 20-plus win season for the second year in a row.

Freezing temperatures have forced teams to move indoors for the next four months but there is still plenty to be excited about for Powell High School athletics.

Both basketball teams return an abundance of talent from last year’s squads, with hopes of making it to the state tournament in Casper in March.

The wrestling team returns a majority of last year’s roster, in hopes of pushing towards a top performance at state as a team in February.

That will include the opportunity for girl wrestlers to join and compete in their first ever state tournament alongside the guys at the Ford Wyoming Center (Casper Events Center).

Swimming will hope to recover after graduating talent took nine swimmers from last year’s squad that placed sixth at state.

A new opportunity will be given to athletes at PHS with indoor track being available to both boys and girls who are hoping to compete or just stay in shape over the winter season.

While most of these sports have already kicked off and had a week of practice, indoor track will have to wait until Jan. 2 to open up its practices for the upcoming season.

Spirit teams are also active, practicing routines with hopes of strong performances at state in January.

Now that the winter seasons are upon us, I encourage parents to ensure their children are active, whether it be in a sport or activity such as speech and debate, choir, band or even helping out with a play in the drama department.

Being active in school is key to success following graduation, and ensuring these students continue to succeed should be the ultimate goal.

Marriage is best done at your own pace

When does the snake bite its tail?

Are you living your best life?