The chairman of the Wyoming Democratic Party condemned the Legislature for its redistricting process throughout the 2022 budget session, but the organization will not file suit in opposition. 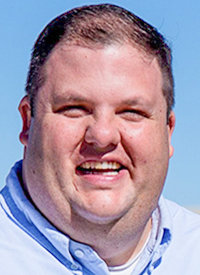 The chairman of the Wyoming Democratic Party condemned the Legislature for its redistricting process throughout the 2022 budget session, but the organization will not file suit in opposition.

In a statement released at a news conference Thursday, Joe Barbuto said the redistricting ordeal resulted in a “powerful and persuasive” argument for turning Wyoming’s process over to an independent commission to uphold the principle of “one person, one vote.” This is not currently maintained with the 62-31 map approved by legislators, due to Sheridan County being over the standard 5% population deviation and voters underrepresented.

There will be 62 members of the state House of Representatives, up from the current 60, and the Senate adds one lawmaker for the chamber to have a total of 31. Redistricting was spurred by the results of the census, which is taken nationwide every 10 years.

Doubts were raised about the unnesting of Senate and House districts, which has led to seven known splits within Sheridan County for clerks to handle. Additional ballots for small subsets of populations will need to be created if House Bill 100 is signed into law by Gov. Mark Gordon, and voters on one side of the street will not be represented by the same legislator as those on the other side.

Democratic Party leadership said this was the consequence of blatant gerrymandering for personal gain.

“Despite having several months to work on the issue, Republican legislators took their bickering and posturing right up to the last minute, only to deliver what many on both sides of the aisle consider to be a subpar product,” Barbuto said. “Even more disturbing are the concerns that much of it was motivated by lawmakers attempting to pick their own voters — including family members, in some cases — instead of focusing on creating districts that made sense and offered fair, equal representation.”

That frustration was shared by Sheridan voter and former election judge Rob Davidson, as well as Wyoming Democratic Party Communications Director Nina Hebert. They both said mapping decisions were personally motivated, and were disappointed with the lack of transparency.

The vote for concurrence to mesh the Senate and House versions of the redistricting bill was held two hours before the Legislature’s 2022 budget session was scheduled to end — and the final hours were spent in debate behind closed doors. Private caucuses gave little opportunity for residents to hear why specific lines were drawn on the redistricting map and without committee meetings, there could be no public comment. Hebert compared it to executing backroom deals and pulling legislators into broom closets.

“When you’re conducting the people’s business, you’re accountable to the people, and especially when you’re going to decide who’s going to vote for you,” Hebert said. “The glaring conflict of interest there is one that should have never existed.”

Nonetheless, she said the party will not seek to file a lawsuit in opposition to the map.

“We do not feel that it is the place of the state political party to tell Sheridan County voters what relief, if any, they should seek in this matter,” she said. “And there’s also a question of whether we would even have legal standing to do so.”

As of Wednesday afternoon, Gordon had yet to sign the Legislature’s redistricting bill.