Celebrating the miracles of Hanukkah and Advent

For the past few weeks, we have been reading from the book of Maccabees.

Celebrating the miracles of Hanukkah and Advent 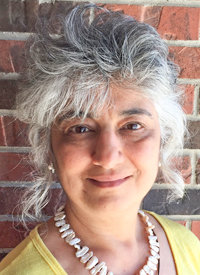 For the past few weeks, we have been reading from the book of Maccabees.

Maccabees tells great stories of courageous people filled with God’s zeal and fighting against evil. The captured Israelites were forced to worship idols and false gods but the courage of one family inspired many to remain faithful to God. The family of Mattathias, filled with the love of God, stood up to their oppressors and refused to worship false gods.

Mattathias had five sons: John, Simon, Juda (known as Maccabees), Eleazar and Jonathan. Mattathias refused to eat unclean meat and was put to death, but his bravery was an example for the rest of his family and the entire nation of Israel. Mattathias’ family members were fearless warriors dedicated to protecting God’s worship and laws. His son Judah, who led the rebellion, was referred to as the hammer or Maccabees (an Aramaic word meaning hammer).

It is in the book of Maccabees (2 Maccabees 10) that we find the feast of Hanukkah, which means dedication. Judas Maccabees waged guerilla warfare on the oppressors, defeated them and took back the Temple. Upon taking back the Temple, they rededicated it to God by bringing in a holy priest and offering appropriate sacrifice to the one true God.

When they lit the Menorah, they had enough oil to last a day but miraculously the Menorah remained lit for eight days until they were able to get more oil to the Temple. The other miracle was that the Temple was taken back on the same exact day that it had been profaned by the nonbelievers.

The Israelites vowed to celebrate the miracle of the light through generations, which is still celebrated to this day.

This year the feast of Hanukkah started on Nov. 28, which is the same day the season of Advent began. Advent is four weeks before Christmas and it is one of my favorite seasons of the church. Much like Hanukkah, the season of Advent is a time to rededicate ourselves to God. During Hanukkah the Temple was rededicated to God and during Advent we rededicate our body which is the temple of God. During Advent, we are encouraged to reflect on Jesus’ genealogy to realize God’s merciful plan of redemption from beginning of creation.

Some families and churches may put up a Jesse Tree, which is a family tree of Christ, starting with Adam and Eve. Each day a symbol representing Jesus’ family is added to the tree. For instance, the symbol for Adam and Eve would be an apple with an ark for Noah, a tent for Abraham (he was a tent dweller), ladder for Jacob (his dream of angels ascending and descending on a ladder to heaven), harp for King David, a coat of many colors for Joseph, etc.

As we look at some of the people in Jesus’ family tree, our hope is strengthened because many of them were not perfect saints, but they repented and gave their heart to God. Once we repent and rededicate ourselves to God, he forgets all our past sins and helps us move forward. The evil one wants us to remember our past sins and fall into hopelessness but remember what God’s name is “I am” — not “I was,” or “I will be.”

Once we repent, God sees his child now and in this moment. God the loving father is waiting for us to rededicate ourselves to him, repent and turn away from our sins so we can be united with him fully.

I love celebrating miracles of God through Hanukkah and Advent as I prepare for the great feast of Christmas and hope you will too.

(Autourina Mains is a cradle Catholic who was born and raised in the Middle East. She is an Assyrian and speaks the ancient Aramaic language, which was used to write the first five books of the Bible.)