Big Horn Basin students perform better than most at NWC

Big Horn Basin students perform better than most at NWC 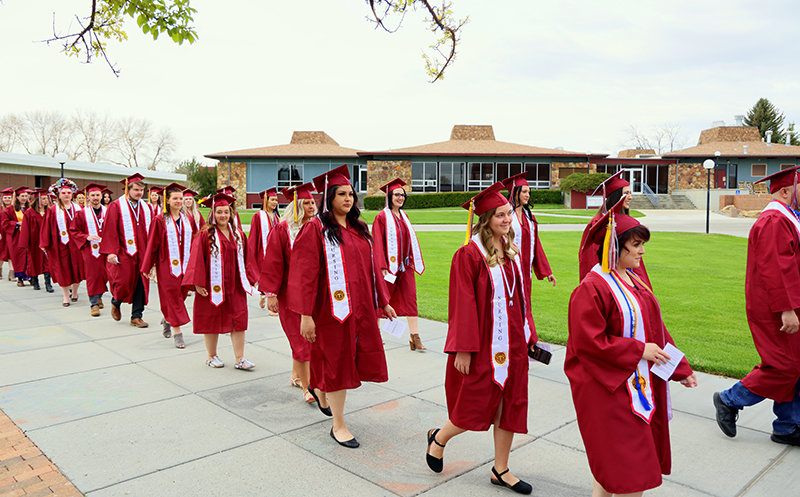 High school graduates from the Big Horn Basin do better than the average in completing their studies at Northwest College and those who started college classes while in high school were even better.

Lisa Smith, NWC Institutional Researcher, reported on those findings to the board of trustees recently as students, faculty and staff were settling into another semester.

NWC’s completion rate for the fall 2017 first-time, full-time cohort graduating within three years was 44%. The unofficial completion rate for the Fall 2018 cohort was 46%. Basin high school graduates often have a higher NWC graduation rate than the average first-time, full-time student. Those who have been dual or concurrent enrolled tend to have the highest graduation rates.

In 2021, there were 137 Powell High School grads at the college, 109 Cody grads and 95 Worland grads, accounting for by far the three highest populations of Big Horn Basin grads at NWC.

However, as trustee John Housel said, he was concerned to see smaller percentages of area grads enrolling at NWC coming from many schools than in year’s past.

Powell, Rocky Mountain, Lovell and Cody sent the largest percentages of their graduating classes to NWC, while Ten Sleep, Meeteetse and Worland sent the smallest. However, while the share of Powell, Lovell and Burlington students was up and Rocky Mountain stayed the same, Housel said he was concerned to see declining enrollment amongst Cody students and low numbers from Meeteetse.

NWC President Lisa Watson said a new program where the college has access to a room at Cody High School to hold classes could help. Although it was little utilized last year, she said they’re pushing to do more as a number of professors already live in Cody, and it’s already creating impact amongst the blue and gold halls.

“It’s nice to see Trapper colors in Cody,” she said.

Watson said she also makes a point to check in with Superintendent Shane Ogden in Meeteetse whenever she has time while going through that small town.