One thing that can be safely said about the Biden administration is that when you think they could not become even more extreme, they make clear that you underestimate them at your peril. 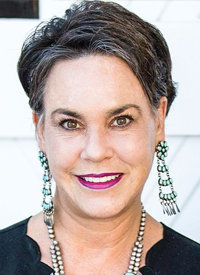 One thing that can be safely said about the Biden administration is that when you think they could not become even more extreme, they make clear that you underestimate them at your peril.

Take President Biden’s Executive Order 14008, entitled “Tackling the Climate Crisis at Home and Abroad.” Buried on page 9, is Section 216, with the heading, “Conserving Our Nation’s Lands and Waters,” the goal of which is to develop a plan to “conserve at least 30 percent of our lands and waters by 2030.”

Known as the “30x30” program, the ultimate objective of the land grabbers is to move on to the “50x50” program, which, as you probably guessed, would allegedly “conserve” 50% of our lands and waters by 2050.

The executive order is entirely silent on how or why expanding federal control over private property or further restricting the use of federal lands would address the so-called climate crisis. The “preliminary report to the National Climate Task Force,” entitled “Conserving and Restoring America the Beautiful,” is likewise silent on the practical aspects of this issue, providing instead what can only be described as a “word salad” of buzzwords that is typical of a “collaborative” effort among government agencies who seek to appear to be doing something while also avoiding any accountability. Although EO 14008 and the agencies’ preliminary report provide a litany of feel-good platitudes, the reality of the 30x30 program, if it comes to pass, will be quite destructive.

The 30x30 program is simply bad public policy and will quickly and negatively impact our standard of living, housing costs, food production, and the environment. Many of our lower-income communities in the West struggle with capital investment and opportunities because they are dominated by federal land ownership, with little economic development or innovation allowed. If your goal is to address income inequality, high housing and building costs, and poverty, you do not increase federal ownership or control, you decrease it.

There are housing shortages throughout the country, with homelessness on the rise in many urban areas. The 30x30 program will make this situation worse by restricting access to developable lands while making building costs — such as lumber — that much more expensive. The cost to produce our food will skyrocket while also impacting our supply chain. Taking lands out of agriculture production will make the United States more dependent on food imports. And speaking of imports, the 30x30 program is intentionally designed to make us yet again dependent on foreign, and often hostile, governments for our energy resources.

The federal government already owns 640 million acres of land across the United States — equal to more than one-quarter of the country’s total landmass. Wyoming has the sixth-highest percentage of federal land ownership at 48.4%. The U.S. Forest Service has an $11 billion maintenance backlog, as does the National Park Service. Neither agency has the capacity or wherewithal to take on additional responsibilities. Increasing federal control of land does not impact climate; it just stockpiles more power in the nation’s capital and leaves local communities devastated by the bad policies for which Washington, D.C., is notorious.

Nebraska’s Gov. Pete Ricketts understands the threat posed by the Biden 30x30 program, exposing the fact that it interferes with the states’ constitutional and traditional power over land and water uses. He is also working to reveal the tax consequences associated with this federal power grab. Governors throughout the country should follow his lead and block any further efforts to increase federal management at the expense of local control.

For a frightening glimpse into the crystal ball, one must only take a look at our neighbor to the north.

A recent Bloomberg article entitled “The Second-Largest Country in the World is Running out of Land,” explains that “[t]he world’s second-biggest country by landmass is effectively running out of space, and that has Canada on course for a reckoning.” The article failed to disclose, however, that 89% of the land in Canada is owned by the government. Canada, in other words, is not “running out of land.” The Canadian government, through its control and ownership of the majority of the land, is instead pursuing a policy that is crushing the “dream” of homeownership, and thereby blocking what has historically been the surest way to middle-class prosperity.

The Biden Administration, by pushing the 30x30 program, intends to do exactly the same thing: a federal policy of intentional decline.

(Harriet Hageman is senior litigation counsel at the New Civil Liberties Alliance. Through public interest litigation and other pro bono advocacy, the alliance seeks “to tame the unlawful power of state and federal agencies and to foster a new civil liberties movement that will help restore Americans’ fundamental rights.”)