Following a 14-14 interim season as the head coach of the Trapper women’s basketball team, Lauren Davis was hired as full-time coach.

Her first season as a head coach had its ups and downs, … 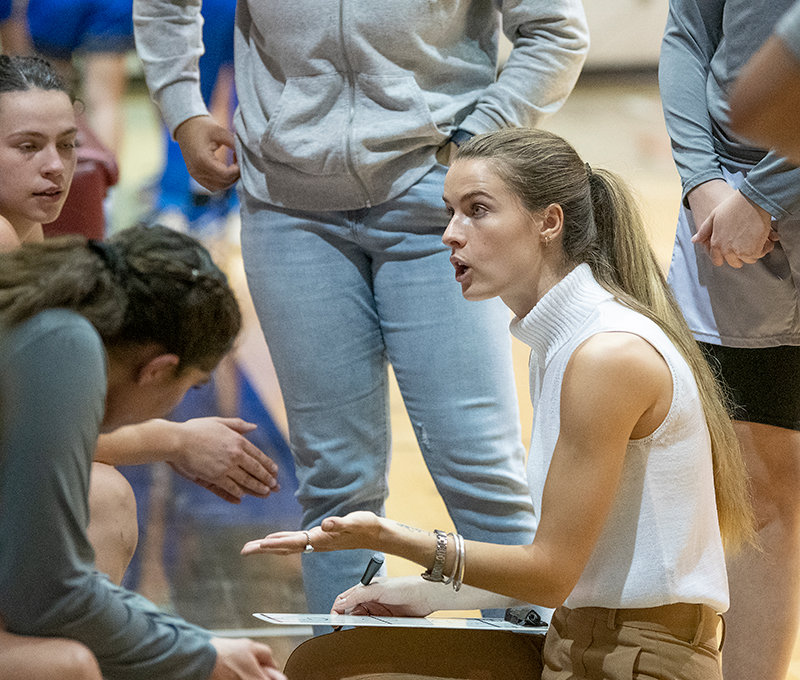 Following a 14-14 season, Trapper women’s basketball head coach Lauren Davis was rehired by Northwest to lead the team for another season. Davis is hoping to build on the success found in the second half of the 2021-22 season in her second year at the helm.
Tribune photo by Carla Wensky
Posted Thursday, April 21, 2022 8:10 am
By Seth Romsa

Following a 14-14 interim season as the head coach of the Trapper women’s basketball team, Lauren Davis was hired as full-time coach.

Her first season as a head coach had its ups and downs, as the Trappers started the season 1-5 but rallied during Region IX North play — winning a play-in game before falling in the quarterfinals.

“I am so grateful that I have an athletic director and president who believe in me and trust me to continue to build the program here,” Davis said.

Reflecting on her first season, she said that one thing she learned is to enjoy the process and be grateful.

This was the first head coaching position for Davis after serving as an assistant coach at Angelo State University and graduate assistant at the University of Saint Mary. Davis played at Trinidad State Junior College, Gillette College and Wayne State College before starting her coaching career.

Heading into her first offseason as the head coach of the Trappers, Davis has turned her focus toward recruiting. She said she will try to continue building the Trapper women’s team to meet her vision.

“Recruiting is going well, but it is still very early,” she said. “I am excited to build something special with returners who believe in my vision.”

In her second year Davis is hoping to continue growing her relationship with the community of Powell, win more games and build from what the team accomplished in her first season.

“I want to achieve what we did last year and more,” she said. “I want to create special memories with my next group and be the best team that we can be.”