Park County Assessor Pat Meyer and his office feel the pain of taxpayers in a year when property tax bills were mailed with increases as high as 25% to 45%.

He doesn’t want to send those … 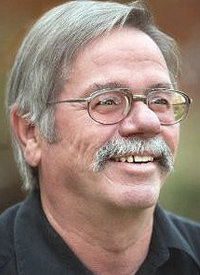 Park County Assessor Pat Meyer and his office feel the pain of taxpayers in a year when property tax bills were mailed with increases as high as 25% to 45%.

He doesn’t want to send those kind of tax bills again. Meyer is working with legislators and other county assessors to pose limits on the percentage annual property tax increase in the future.

Meyer, who is running unopposed for re-election to his fourth term as county assessor in November, has been working in the assessor’s office for 37 years.

“One of the reasons I didn’t retire this year is I wanted to see if I could help solve this problem,” said the Republican officeholder.

Meyer said the Legislature has the power to establish limits on the amount of annual property tax increases. He favors a cap of 5% to 6% annually.

“There are going to be problems with limits,” which he explained as a type of homeowner exemption for everybody. But from his experience, “Limits are the best way.”

He discussed the issue with Park County commissioners after announcing the large hikes in the spring, and ahead of the summer primary election both county commissioner candidates and state legislative candidates spoke of ways to solve the problem, from raising the income limit on assistance for property tax relief to legislative changes such as a cap.

(Zac Taylor contributed to this report)