Albertsons, previously slated to open in November, needs more time before its doors will open.

At a Monday night Powell City Council meeting, members approved a request by the store to extend its … 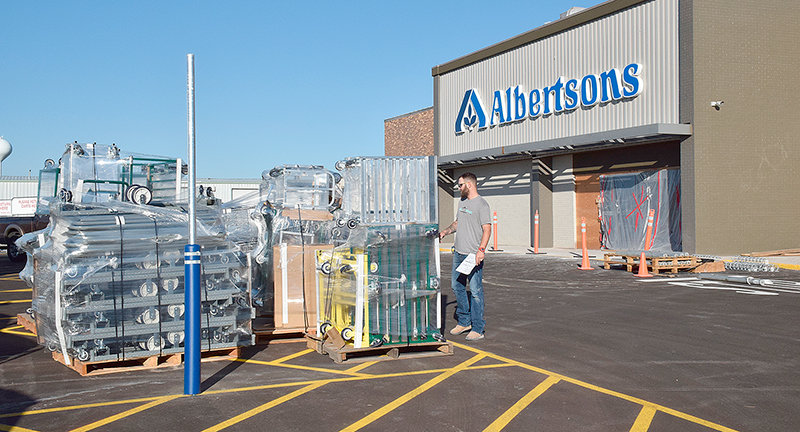 Albertsons, previously slated to open in November, needs more time before its doors will open.

At a Monday night Powell City Council meeting, members approved a request by the store to extend its non-operational liquor license through the end of next year due to supply chain delays.

Johanna Chacon with Albertsons corporate requested the extension in a letter to Mayor John Wetzel, while saying the store is still working on ways to open well before Dec. 31, 2023.

“The project continues to be impacted by unprecedented delays caused by the impaired supply chain,” she said in a letter. “We have recently been informed that equipment critical to completing the project, ordered months ago, will not arrive in time for our previously scheduled opening.”

“It is our intent and desire to open as soon as possible, and we are exploring all options to make that happen.”

Chacon said the main switchboard for the store has been delayed until mid April, as estimated, and is crucial to running refrigerators, lighting, registers and other crucial components. Eric Holzer, Albertsons corporate real estate director in Boise, told city council via Zoom that a possible solution for that delay has already fizzled.

“We were looking at a project that we have also planned, it’s a little ahead and we thought we could pirate the switch gear,” he said, but added that would require ordering parts to adapt the Powell store to the other switchboard. “That would require more parts which would take almost as long to arrive as the switchboard we ordered late last January, so that’s really not an alternative that will give us a step up on the ladder to get us up over the hill.”

New heating and cooling units have also been delayed, Chacon said, until at least after the holiday season, while the current heating system only prevents freezing. Holzer noted that Monday morning he heard the HVAC system had just been delayed another month to the end of January.

Chacon said these equipment orders were made back in January.

“Albertsons remains committed and looks forward to becoming part of the community and serving the City of Powell for years to come,” she said. “Work on the project will continue in other phases, which will expedite our opening once the equipment arrives. And we will continue to explore all options to open the store as soon as possible.”

The grocery store, which will include a liquor department, pharmacy and Starbucks, is replacing the former Shopko on U.S. Highway 14A. The roughly 29,000 square foot building on Powell’s west side was formerly a Shopko store, but the chain went bankrupt and closed in June 2019. Albertsons purchased the facility in January 2020 from a private investment firm that bought up 78 Shopko properties amid the bankruptcy.

The Covid pandemic, which led to disruptions that still reverberate today, first led U.S. states to respond in March 2020.

“This is well beyond our control,” Holzer said. “It’s affecting literally every project of the company that involves the supply chain.”