Agriculture: Growing a climate for tomorrow

O beautiful for spacious skies; For amber waves of grain; For purple mountain majesties; Above the fruited plain!”

The 1895 lyrics for “America the Beautiful” start out by …

Agriculture: Growing a climate for tomorrow 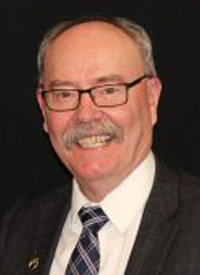 O beautiful for spacious skies; For amber waves of grain; For purple mountain majesties; Above the fruited plain!”

The 1895 lyrics for “America the Beautiful” start out by celebrating the abundance of food for our nation. With less than 2% of our population producing food, most Americans don’t think about where their next meal will come from. We’ve been extremely lucky here in the U.S. when you consider how some nations have struggled to provide food for their population.

Today a U.S. farm feeds 166 people annually, according to the American Farm Bureau. So, while 165 people are working to build everything from cars to computers, they don’t have to worry about what they need to grow in order to keep themselves and their family fed.

Dr. Gary Sides has said that without agriculture, there would be no culture and that is certainly true. In some areas of the world people still spend a good portion of their day working for their next meal.

We’ve indeed been blessed here in the United States because we have an agricultural system that provides food not only for the U.S., but for others around the world too. The wherewithal to do this has been shared all around the world and today famines that were ever present in our ancestors past are, if they occur, now a function of geo-political forces. Lack of food is no longer the problem; political forces which prevent food from getting to people is the problem.

Wyoming ranchers and farmers are proud to be able to raise food that contributes to this effort. We have a large support network, from the meat processor to the trucker and finally the grocery store employee who takes the beef we produce on our rangelands and pasturelands and gets it to our urban compatriots.

Wyoming’s ranchers and farmers grow cattle, sheep, sugar beets, dry edible beans, corn, malt barley and hay among other commodities. The total economic impact to Wyoming from food and agriculture amounts to $12.4 billion getting funneled into our local communities.

While the farmer or rancher might be up until 10:30 at night getting the harvest in or planting the crops, they can be up until 10:30 the next night at a school board meeting or a church function helping to pave the way to tomorrow for their family and others. Working together with family and their neighbors, they are indeed working to grow a climate for tomorrow.

(Ken Hamilton is the executive vice president of the Wyoming Farm Bureau Federation. He is based in Laramie.)