Ancient grains continue to get traction in the Big Horn Basin. These grains include spelt, emmer, and einkorn. Unlike modern wheat, which has changed considerably over the last 10,000 years through … 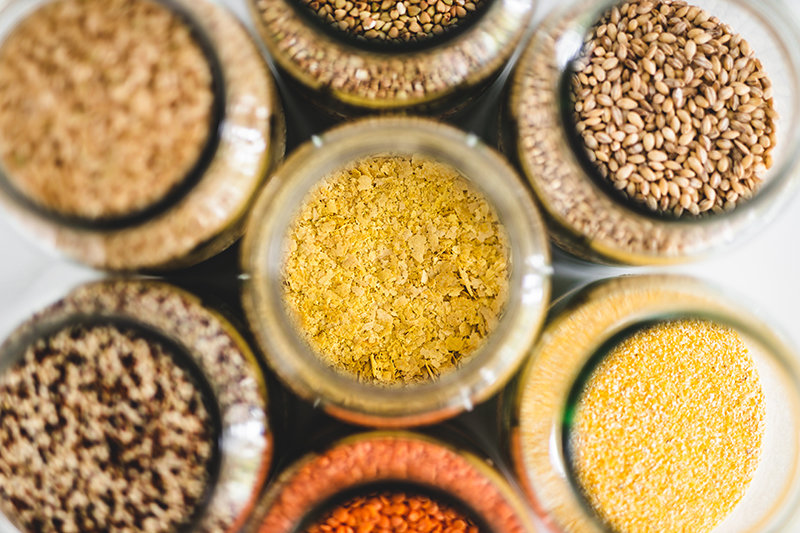 Ancient grains, such as emmer, einkorn and spelt, have been grown for 12,000 years. Unlike modern grains, these grains haven’t been selectively bred for yield and retain many of the same characteristics they did 12,000 years ago. Research by the University of Wyoming has found the grains grow well in Wyoming’s arid climate, and with less water.
Courtesy photo
Posted Friday, August 12, 2022 8:15 am
By Kevin Killough

Ancient grains continue to get traction in the Big Horn Basin. These grains include spelt, emmer, and einkorn. Unlike modern wheat, which has changed considerably over the last 10,000 years through selective breeding, ancient grains retain their ancient characteristics.

The grains are used in niche market foods, and since they don’t produce nearly the yields that modern grains will, they tend to be higher in price. For those who perceive them as healthier and more natural, they’re willing to pay those premiums. Where there’s a market, there’s a farmer.

For several years now, Caitlin Youngquist, educator with the University of Wyoming Extension Service, has been involved with trials of the crop in the Big Horn Basin.

Her original interest was because of the challenges with growing other crops, such as malt barley. Farmers contract to grow the produce, and those contracts tend to fluctuate, which can create some uncertainty for the farmer. Barley isn’t usually grown as a food crop. Those tend to be favored for their more direct route to market.

With growing consumer interest in natural foods, there was a potential market for the ancient grains, but trials were needed to determine how well the grains would grow in Wyoming’s climate.

Youngquist received some grant funding through the University of Wyoming First Grains project, to begin trials at the Powell Research Extension Center. The university’s program also ran trials at research centers in Lingle and Sheridan.

Youngquist also got some funding for a dehuller. Unlike modern wheat, ancient grains are harvested with the hull still on them.

To make them fit for human consumption, they have to go through a separate dehulling process, which adds to the cost of production.

What the trials over the last five years have shown is that the crop does well in the irrigated but arid environment of our high desert climate, and it uses less water, which is definitely attractive. However, producing a crop is just the first step.

“We can grow the grain here really well. It’s a very viable crop for the area. And like any new crop, markets are the big challenge,” Youngquist said.

Sara Wood, owner of Wyoming Heritage Grains, has been selling flours and baked goods using heritage grains. Unlike their ancient cousins, these heritage varieties are only about 2,000 years old. So, they’ve seen some changes, but nothing like the high-yield industrial modern wheat has seen.

Beginning in the 20th century, farmers seeking higher yields and utilizing modern machinery began to replace these heritage grains with hybrids. This process was accelerated during World War II, and that period generally marks the division between heritage grains and modern ones.

This year, Wood planted some modern varieties next to the heritage grains. She had some rogue de burdo, a french heritage grain, next to some hard red spring wheat. By July, the rogue was about twice as tall as the red spring.

“I’ve been trying to develop ways for people to visually see the difference between these,” Wood said.

Wood has given tours to some Cody High School students. She showed them how the heritage varieties have a much deeper root system, longer straws, and smaller heads.

These were some of the characteristics that modern varieties were breeding out, but Wood said this process, while producing a lot of food, also reduced nutrition.

For people with gluten sensitivities, the modern grains are especially difficult to digest.

The Powell research center has been selling the produce from the trials to the public, including supplying some to Camas Country Mill in Eugene, Oregon. One producer in the area, Youngquist said, is using the grains as a hay crop. She also supplies a florist with the grains. Due to their tall, rustic look, they work well in dried flower arrangements.

Anyone who would be interested in purchasing some of the dehulled grains can do so by stopping by the extension center in Washakie, or the Powell research center. They can also provide samples to florists, and they sell seed as well.

Spelt and other ancient grains are sometimes used by brewers such as Zachary Flynn, the head brewer at Millstone Pizza Company and Brewery. Flynn uses what’s called a specialty grain; specialty grains are used to add certain flavors and aromas to beer.

It’s going to take a lot to grow the market, and as with all crops in Wyoming, there are challenges. Area producers work far from transport centers, meaning a lot of shipping costs added on top of everything else. But the trials have at least shown a potential for the production side of the equation.