The Bible describes Jesus as the good shepherd — the one who restores life to the broken hearted.  Jesus has once more come to the temple in Jerusalem. Word quickly spreads that he is … 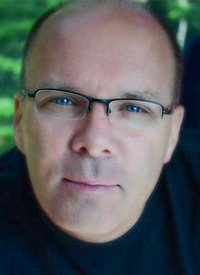 The Bible describes Jesus as the good shepherd — the one who restores life to the broken hearted.  Jesus has once more come to the temple in Jerusalem. Word quickly spreads that he is there and a crowd begins to gather. Unknown to those surrounding him, another lost sheep is about to come home. If we were to glance outside the solitude of the temple courts, we would see a group of heartless, self-righteous abusers forcing a terrified woman through the streets of Jerusalem, on her way to public shaming and sentencing. She doesn’t know it yet but, from this day forward, her life will never be the same.

If there were one place where we should expect to be perfectly safe, it would certainly be in the church, wouldn’t it? Yet, in this very place Jesus himself was recently rejected by another crowd, and the devil audaciously tempted him to throw himself off its pinnacle. However, on this day, he faces a new conflict. As pandemonium is about to break forth, and exalted leaders are about to publicly prove themselves unworthy of their sacred trust, we find Jesus. He is at the forefront of the battle, ready, waiting and willing to face the conflict that is about to begin. In this story Jesus perfectly displays the reason he came to this sin-scarred earth — to reveal that he, our Creator, unites with us in the battles we face and is fully aware of what is about to take place. He went early in the morning to the place of conflict — knowing that guardians of sacred truth were about to set a trap for him — but, more than this, he also knows there is a desperate victim, one who is going to be openly accused and mistreated. He will not let one moment of fear and humiliation pass if, by his presence, a conflict could be swiftly brought to an end.

The truth is Jesus is and always will be with you. As we war against the powers of darkness, we too can have confidence that he will conquer our enemies. This story forever stands on record as a testimony of how much God loves the lost and hurting. It also encourages us as we remember this is the same Jesus who went to Calvary, and experienced every pain you have ever felt. Right now, if you feel like giving up, I ask you to ponder a very important question: Is there any place safer than in the presence of Jesus? He has seen every tear you’ve shed and loves you with a bond that is greater than death. He carries you each moment, this moment, within his heart of unfailing love. (Stay tuned, Part 3 is coming next time.)

There’s a lot of truth in them words

An attitude of gratitude