The group has been holding the annual Bob Messier Youth Hunt for 19 years, watching the number of kids involved grow nearly tenfold since the first year, when a half dozen kids came out. Dozens of young hunters and their parents first stopped at the … 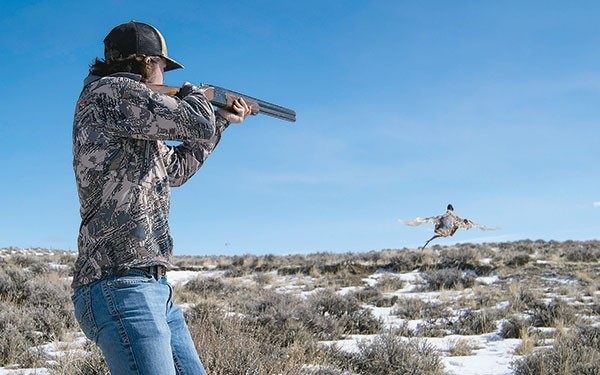 Brayden Polley, a 17-year-old hunter from Cody, harvests a rooster on his first shot of the day during the Big Horn Basin chapter of Pheasants Forever Bob Messier Youth Hunt on Saturday. Polley has attended the event for three years.
Tribune photos by Mark Davis 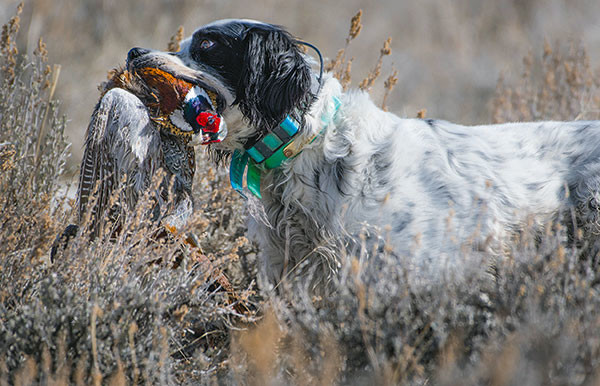 Junior, an English Setter owned by Pheasants Forever member Pat Shellady, retrieves a pheasant after it was harvested by a young hunter during the Bob Messier Youth Hunt at Monster Lake Saturday. 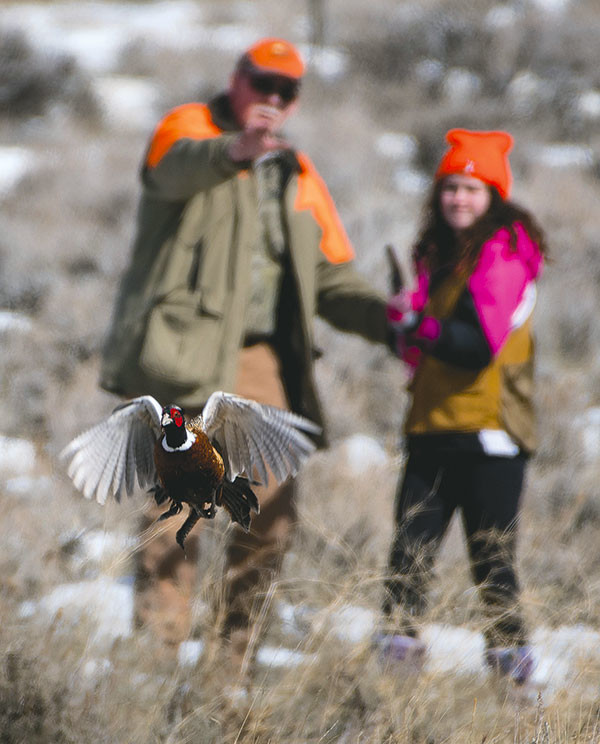 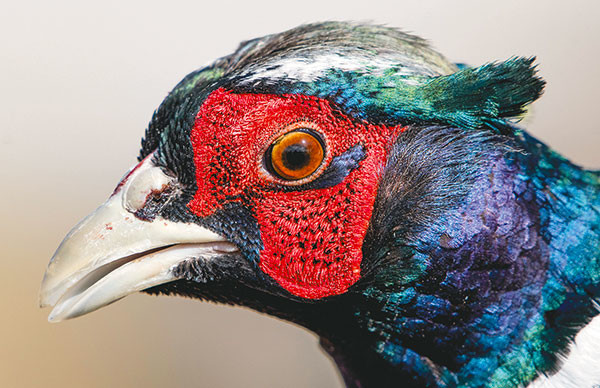 As wave after wave of young hunters took to the field chasing pheasant and learning the joys of hunting, Big Horn Basin Pheasants Forever organizers beamed.

The group has been holding the annual Bob Messier Youth Hunt for 19 years, watching the number of kids involved grow nearly tenfold since the first year, when a half dozen kids came out. Dozens of young hunters and their parents first stopped at the Cody Shooting Complex for safety and shooting skills training. Then they hit the sagebrush-covered hills of Monster Lake, moving through hunt stations with instructors, trainers and their bird dogs during the Saturday event.

“It’s important to bring young people into the sport. Without them we could lose what we’ve worked so hard for,” said Ken Heinrich, president of the chapter for the past four years.

Mentoring young hunters is a top priority for the group’s outreach program, Heinrich said. In many cases, the young hunters have grown up hunting with family, making the job of recruitment easier.

“I started with a .22 when I was three,” boasted Brayden Polley, of Cody, who has attended the event the last three years. “It’s fun to come out here and hunt for birds.”

Brayden’s 14-year-old brother, Brennan, took a six-point elk this past season. The hunt was hard work — including packing out the elk for several miles, he said. The boys grew up learning outdoor sports and have no intention of stopping now. Brayden harvested a pheasant on his first shot of the day.

But others were in the field for the first time — some the children of single parents, according to Heinrich. If the group didn’t provide mentors, they might never make it out in the field, he said.

The group encourages young hunters in several ways, including paying for Pheasants Forever “ringneck” memberships and offering college scholarships. Last year, the group handed out 15 scholarships of $500. They also awarded eight lifetime hunting licenses to students Saturday; they’ve awarded a total of 42 over the years.

The Wyoming Game Wardens Association paid for one-day licenses for many of the young hunters and wardens were available to help with the event, including Powell-area warden Chris Queen, Cody’s Travis Crane and South Fork warden Grant Gerharter.

It takes a lot of work to organize the hunts. The group raises the money for the events at their annual banquet. This year’s banquet was their largest yet, with 318 members in attendance. This year’s youth hunt cost the group about $8,000. The chapter spends all the funds raised through the year on projects in the Big Horn Basin. Heinrich said the chapter plans to spend $25,000-30,000 on area habitat projects.

The pheasants, brought in by Karl Bear of Diamond Wing Upland Game Birds in Powell, were challenging targets. Some ran, fleeing at the sound of footsteps in the crunchy snow, some escaped through the air and one even flew a few hundred yards directly to the feet of Molly Potas, who’s known for her pheasant pizza. It probably wasn’t the best choice of landing zones for the rooster. Potas brought her two children, Maylee, 13, and Max, 10. It was the first youth hunt the Meeteetse family had attended.

Mike Schnell, treasurer of the Cody Shooting Complex and Pheasants Forever member, learned how to shoot from his father. His first rifle was a BB gun and he’s been at it for 64 years.

“I did the same thing for my kids,” Schnell said. “It’s important we teach kids safety and get them to where they can hit birds.”

He also feels encouraging young hunters is the only way to ensure the continuation of Second Amendment rights.

“If we don’t teach kids coming up that guns are for [outdoor] sports, we might lose our rights,” Schnell said.